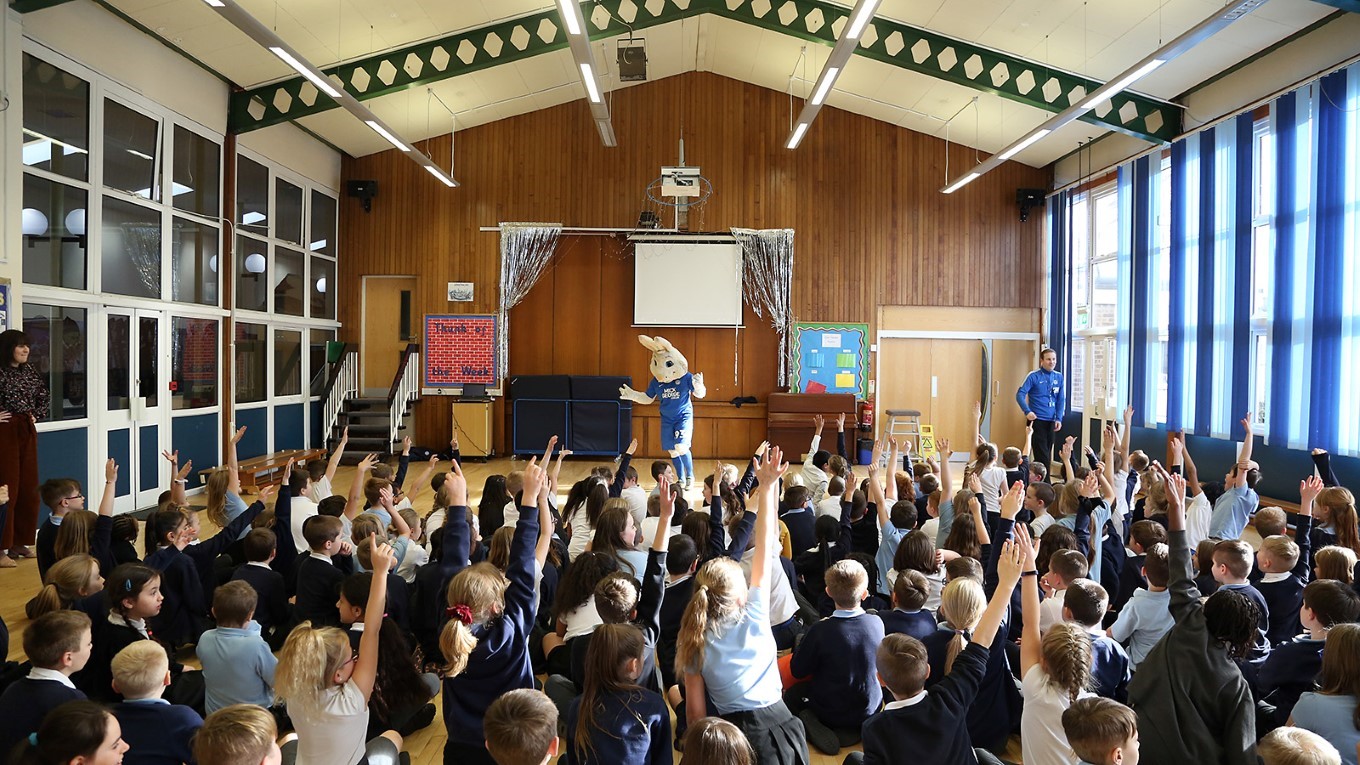 The Schools Initiative continued with a visit to Gunthorpe Primary School with youngsters receiving free tickets for a forthcoming fixture.

On Wednesday afternoon, the football club visited Gunthorpe Primary School as part of the Schools Initiative with Peter Burrow playing a starring role in the assembly which featured a short dvd and plenty of fun!

Every pupil in the school received a FREE ticket for a forthcoming game with an adult also admitted free of charge. Press Officer Phil Adlam said: “This was another school that were actually shouted out on social media for a visit so it was great to be able to add it to the schedule. The kids were fantastic at the school, they really got involved and we hope they enjoyed themselves.

“We look forward to welcoming youngsters from the school to an upcoming game at the ABAX Stadium.”