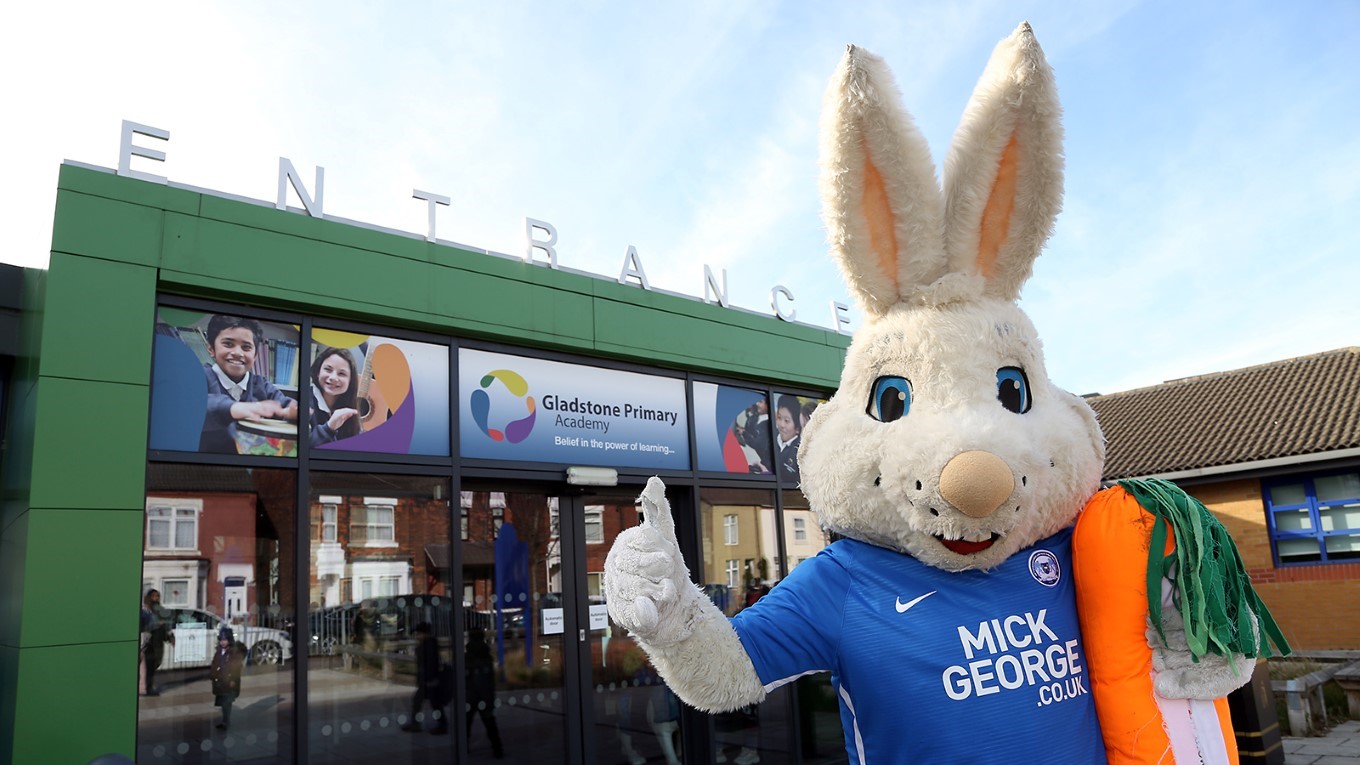 The Schools Initiative continued with a visit to Gladstone Primary School last week.

Last week, the football club visited Gladstone Primary School as part of the Schools Initiative with Peter Burrow breaking a season-long record for the amount of teachers flossing at the same time!

Every pupil in the school received a FREE ticket for a forthcoming game with an adult also admitted free of charge. Marketing Executive Jake Baxter who took the assembly said: “With Phil away, I stepped in to deliver the assembly and it was great to see the reaction from the youngsters to our mascot Peter Burrow.

“They were fully engaged and it was great to see over 20 teachers come up to the front to show off their flossing skills alongside Peter. It demonstrated how good the relationships are with the teachers and the pupils and I know they all enjoyed themselves.

“We look forward to welcoming youngsters from the school to an upcoming game at the ABAX Stadium.”