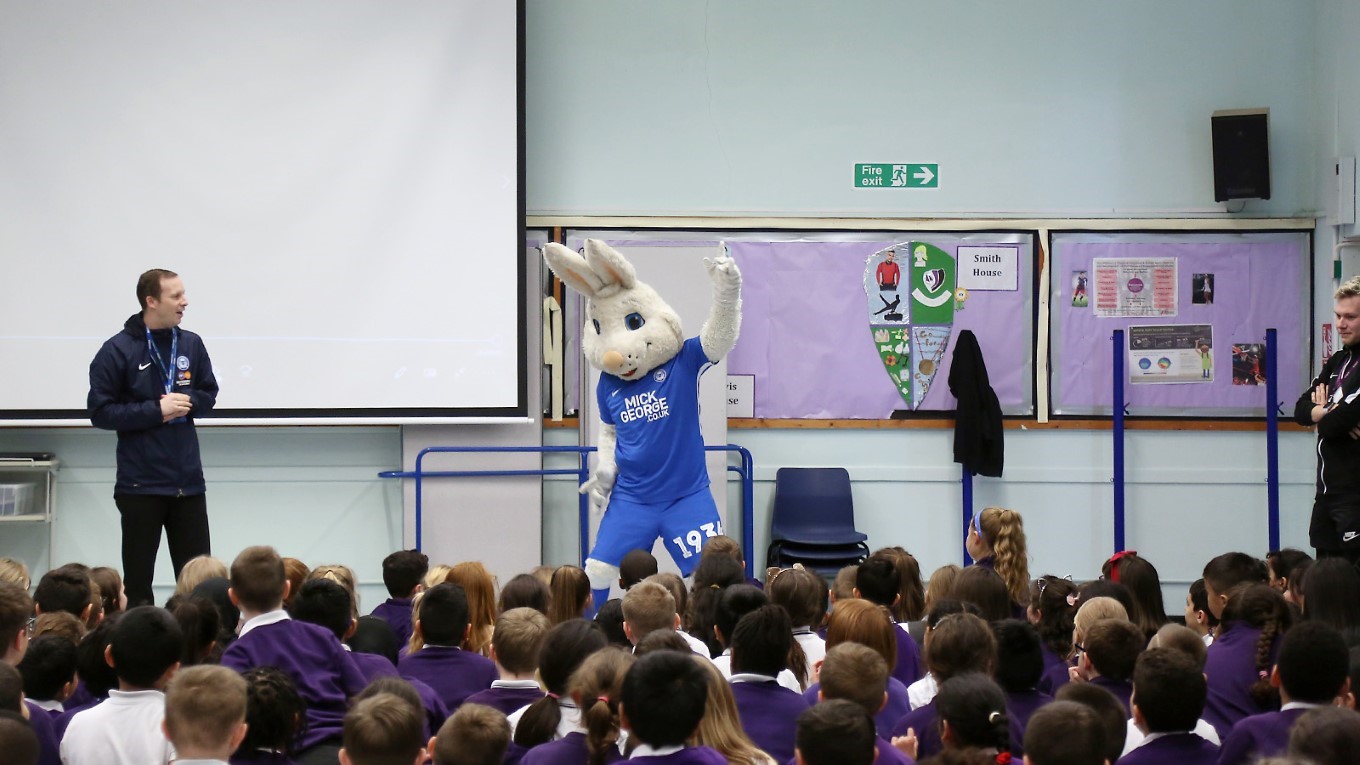 On Monday afternoon, the football club visited Dogsthorpe Academy as part of the Schools Initiative.

The number of school visits since September entered the 70s on Monday afternoon with a visit to Dogsthorpe Academy and just like those visits before, it was mascot Peter Burrow that proved to be the star of the show as the football club conducted an assembly for pupils.

Every pupil in the school received a FREE ticket to a forthcoming fixture at the ABAX Stadium with an adult also admitted free of charge. Press Officer Phil Adlam said: “It was great to visit Dogsthorpe Academy and see the enthusiasm from the children for football and hopefully we can convert some of them into Posh fans through this School Initiative.

“We look forward to welcoming them to an upcoming game at the ABAX Stadium.”