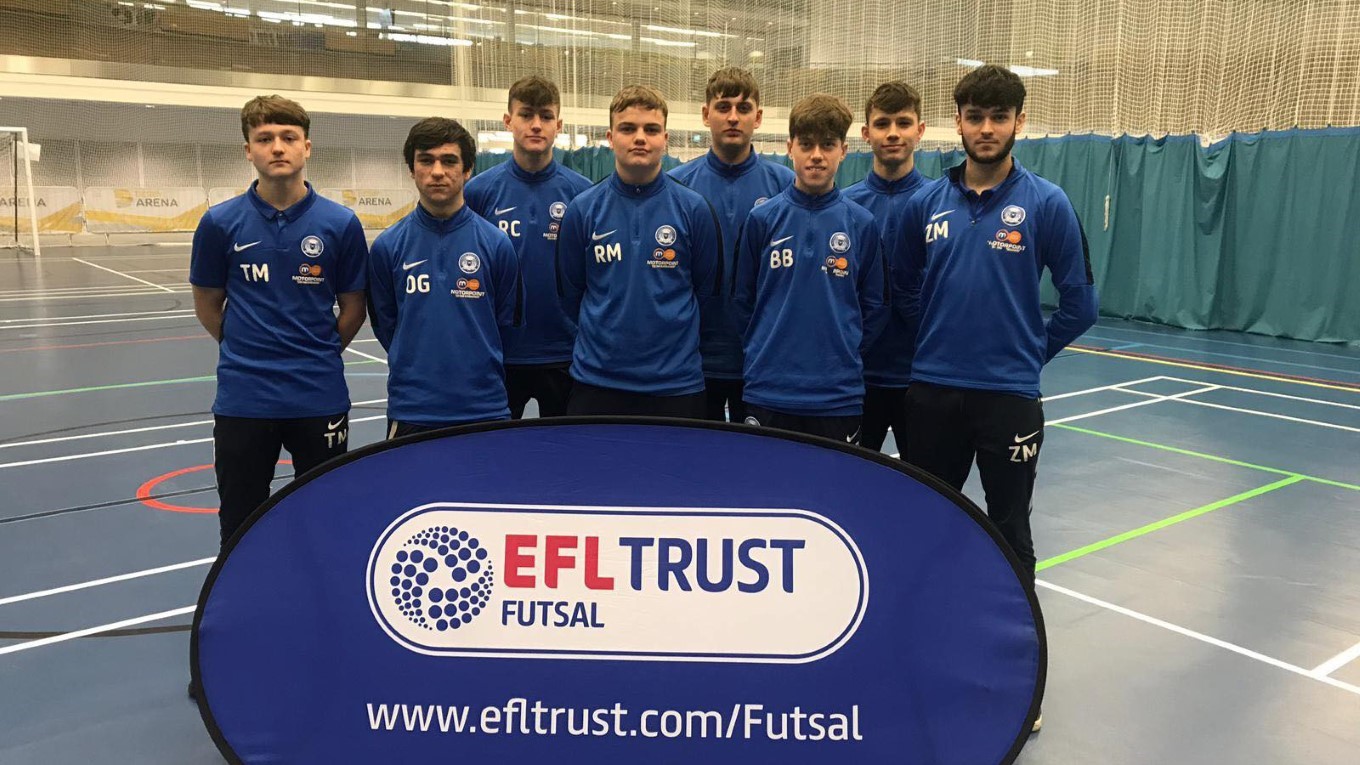 On Wednesday 6th March 2019 The Posh Scholarship travelled to the Derby Arena to compete against teams such as Port Vale, Preston North End and Brighton & Hove Albion.

Before the 1st fixture vs Port Vale, each team at Derby today paid tributes to one of the Port Vale players, who sadly passed away last week. The Port Vale game showed two different styles of play being very positive going forward attacking at the Vale keeper and also showing a very mature defensive display to see the game out. It took Posh a little while to find the 1st goal but when they did they raced into a 4-0 lead thanks to two goals from Goymour, and goals from Palmer and Munn.

The 2nd game was against a Preston North End side who battled bravely against The Posh, but couldn't stop the fire power and attacking style of play and the boys in blue hit eight past the helpless Preston keeper with a hat-trick from Tyler Munns with three very good finishes and a brace from Goymour, aswell as Mulholland and Melton rounding off the scoring for Posh.

Game three saw Posh come up against Brighton & Hove Albion which was a group decider and it proved to be a very tight contest with the score line sitting 2-1 to The Posh for a good 20 minutes out of the 30. Posh raced into a 2-0 lead thanks to goals from Mulholland which was a very fine finish; toe punting it into the top corner and the other goal from Cook. Brighton pulled a goal back just before half-time. The game became very tight from then on in with Brighton having the better chances to go level but those missed chances paid costly for the seagulls as another goal from Cook and a brace from Palmer rounded off the scoring for Posh which saw them win the game 5-1 and finish top of Group 1 which qualified them for the quarter final stage of the tournament.