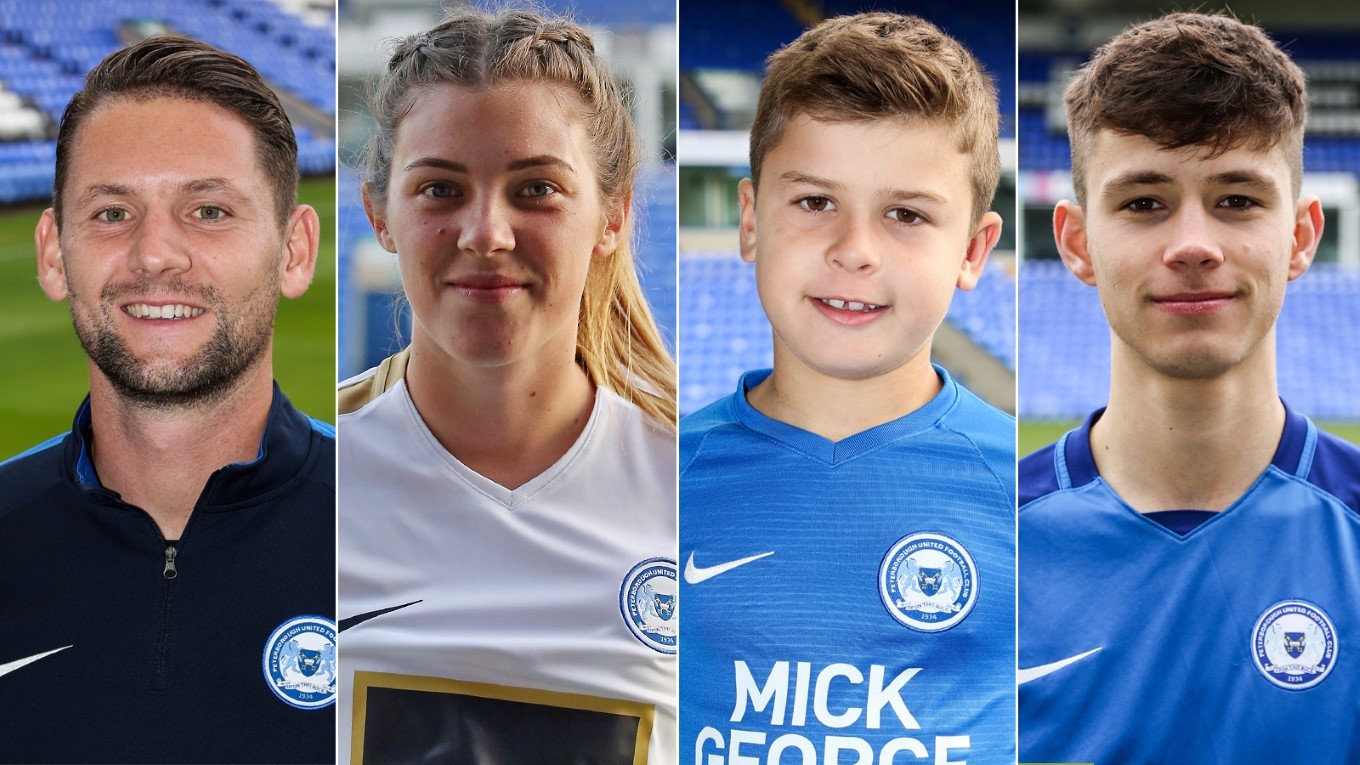 On Thursday evening, the Peterborough Telegraph hold their annual Sports Awards evening and Peterborough United Football Club are delighted to see four Posh connections up for awards on the night.

Good luck to everyone on the night and congratulations for being acknowledged for your sporting achievements over the past year.

Michael Fox – Coach of the Year
Michael has led the Pre Academy for the past few seasons now. The players get the opportunities to take part in a games programme which, over their time in the Pre Academy, sees them travel to some of the top clubs in the country. Over those seasons, Michael has given up so much of his time to many players, who are now progressing their way through the Academy when signed at under 9. More recently, Michael has organised an annual tour abroad for the players, which they attend with their parents. Honourable mentions also to the support staff, Dave Morris and Ronnie Fortune for their support of the Pre Academy programme.

Jess Driscoll – Footballer of the Year
Jess is an influential part of the Posh Ladies team and has contributed greatly in the success of the Posh Ladies team over the last few seasons. She has put in a number of outstanding individual performances this season and scored some crucial goals, most notably during the teams title winning campaign last season. Jess is an extremely talented footballer and a big asset to the Ladies team.

Luca Christoudias – Junior Footballer of the Year
Technically Luca, who plays in the Posh Academy under 9s, has outstanding ability with a very clever brain well above his age range. A player, who others look up to and also call a role model. His outstanding ability and excellent football brain often sees him playing up age groups and fitting in very comfortably. Luca loves football and being challenged and therefore thrives in the Academy environment.

Will Palmer – Disabled Achiever of the Year
Will plays for the Posh Deaf football team and is also a currently part of the Posh Scholarship programme. He has earned national recognition and has been selected into the men’s national squads in both Football and Futsal. Will also represented his country at the Champions League event, which took place in Gothenburg back in October.