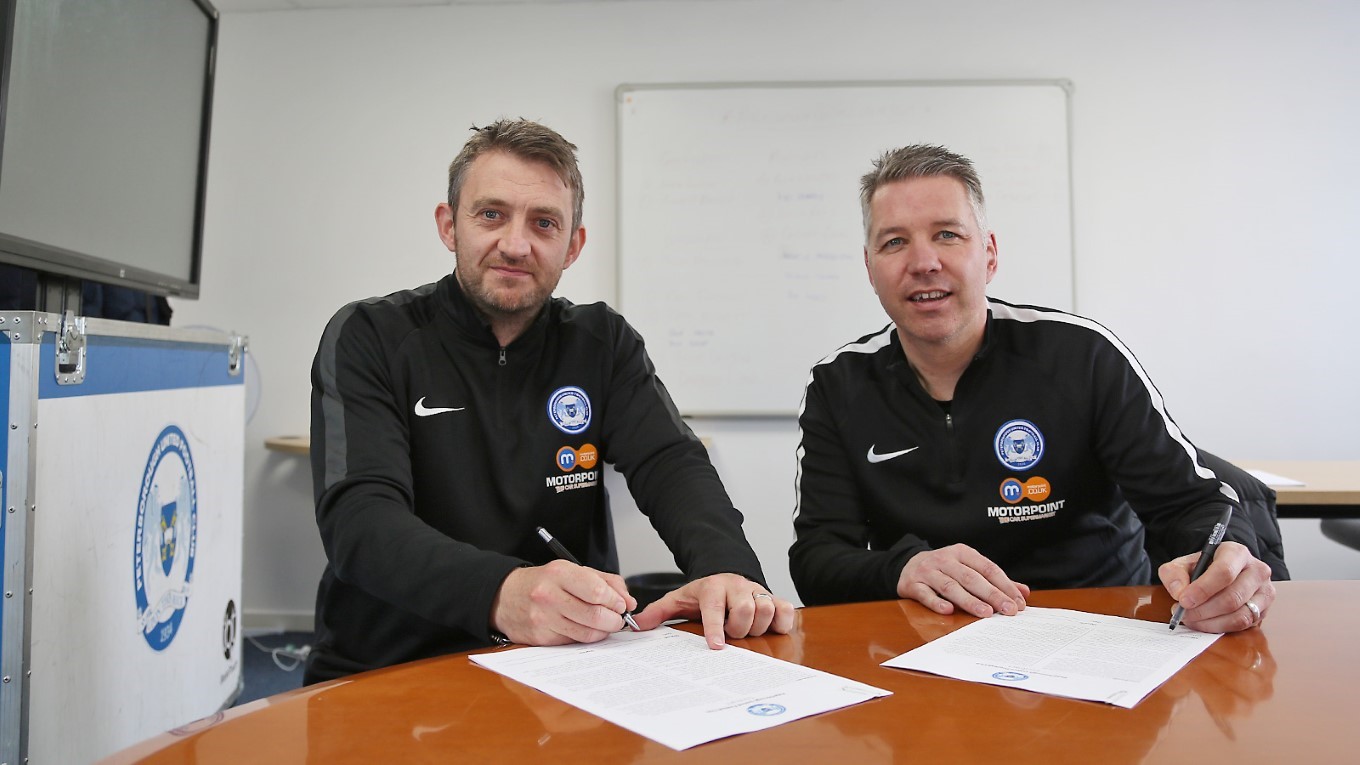 Darren Ferguson and Gavin Strachan have signed three-year deals at the ABAX Stadium.

Peterborough United are delighted to announce that Darren Ferguson has penned a new three-year contract to keep him as manager of the football club until the summer of 2022 with Gavin Strachan also agreeing a three-year deal in the role of assistant manager.

The co-owners, Darragh MacAnthony, Jason Neale and Stewart Thompson are fully committed to the long-term future of the football club and the appointment of Darren Ferguson on a three-year deal is testament to that commitment.

“It was vitally important that we appointed a manager that we can trust and who understands our core philosophies as a club. The style of play, production of young players and taking on young and hungry talent and developing those players is what Peterborough United is renowned for and in the last 18 months we have veered away from that.

“We wanted to appoint a manager who can deliver on a brand of football that pleases us and the supporters and this decision to appoint Darren on a long-term deal was a unanimous decision from us as owners. Darren epitomises everything that we would want in a manager and he is someone that we can move forward with on this project together.

“Both Stewart and Jason have loved working with Darren and although the results on the pitch have not been anywhere near where we would have liked, it is not about the current form, it is about the long-term aspirations of this football club.

“As owners, we are here for the long-term. We have short term and long-term goals and this appointment backs that statement up. Our aim is simple, we want to be a Championship football club and we believe that this management team can get us there and once we are there we can stabilise before a tilt at the top end of that division.

“Both Darren and Gavin recognise the importance of a thriving Academy and we want to see those players come through the system and be part of the first team squad. The staff at the football club enjoy working with Darren and he understands our limitations but at the same time the potential of what we can achieve.

“Our investment in the Youth Academy, training ground and stadium continues to happen and we will of course invest in the first team squad both on a short and long term basis to give Darren all the tools necessary to make us a successful football club once again.

“We all felt it was important to end any speculation about what might have happened in the summer for the players’ and the supporters. We have eight games remaining in this season and all of our efforts are on finishing the campaign as strongly as we can,” the co-owners stated.