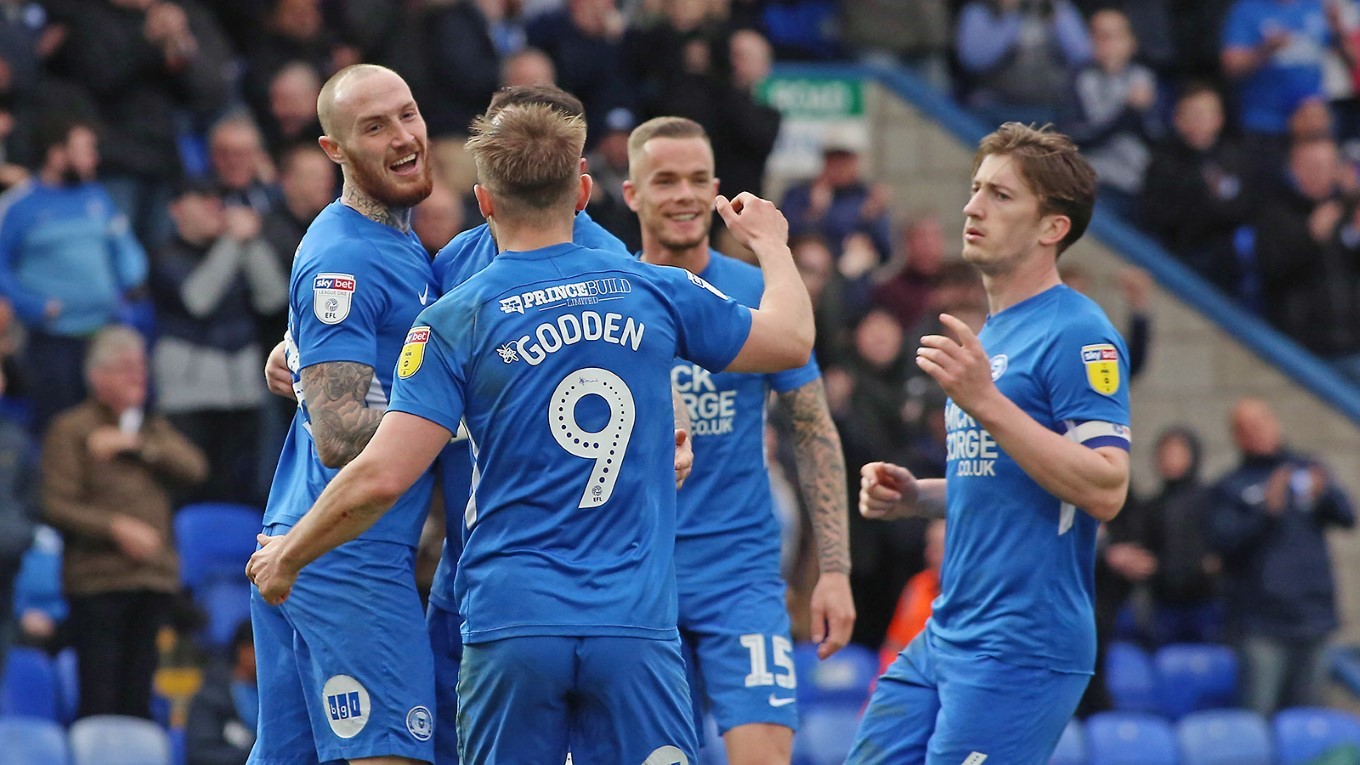 Darren Ferguson’s men made it two wins from three following an entertaining 4-2 victory over Wycombe Wanderers.

Peterborough United drew level with Doncaster Rovers in the Sky Bet League One table after a 4-2 win over Wycombe Wanderers at the ABAX Stadium with Marcus Maddison and Matt Godden both bagging a brace of goals in an entertaining home success.

Posh made a bright start to the contest and just like last week against Shrewsbury Town, found the opening goal as Matt GODDEN tapped home at the back post to convert a delicious low delivery from Marcus Maddison.

It was 2-0 on nine minutes and the same combination as Maddison produced a fine through ball to GODDEN and he did the rest, sliding the ball past the advancing goalkeeper. The visitors reduced the arrears on 14 minutes as a cross from the right was diverted past his own keeper at the near post by Ryan TAFAZOLLI.

Samuel fired wide from 20-yards after initially doing well to close down a Woodyard clearance as the Chairboys buoyed by that goal began to assert themselves for the first time. Freeman flashed a cross-shot across the six-yard box on 25 minutes after finding a bit of room in the penalty area.

Jacobson was cautioned for a bad foul on Maddison just after the half hour mark by referee Mr Stockbridge. Posh made it 3-1 on 31 minutes and it was a wonderful strike from MADDISON who saw his left-footed free-kick sail into the top corner.

The visitors reduced the arrears again on 37 minutes as a cross from the left was fumbled by Conor O’Malley and BLOOMFIELD was well placed to take advantage, rolling the ball home on his 500th club appearance.

Maddison dragged a right-footed shot wide from 30-yards a few minutes after the re-start as Posh tried to get themselves back into a position of comfort and calm. Lafferty saw a low left-footed effort from 25-yards well gathered by Allsop after a spell of patient football from Darren Ferguson’s men.

On 65 minutes, Posh made it 4-2 after a swift counter attack, Tomlin fed Godden, who wisely saw MADDISON in a bit of space to his right, he took a touch and rifled the ball past Allsop with his right-foot.

Maddison fired over on his left-foot after tricking his way into the box on 72 minute’s moments after O’Malley had pounced on a loose ball following a mad scramble after a corner kick. Ward was cautioned for kicking the ball away on 79 minutes’ moments after Louis Reed had replaced Cooke.

Ward saw a toe-poke gathered by Allsop on 84 minutes after a fine pass from Tomlin picked the winger out in the area. Cooper was cautioned for a foul in stoppage time before Akinfenwa nodded a header wide.