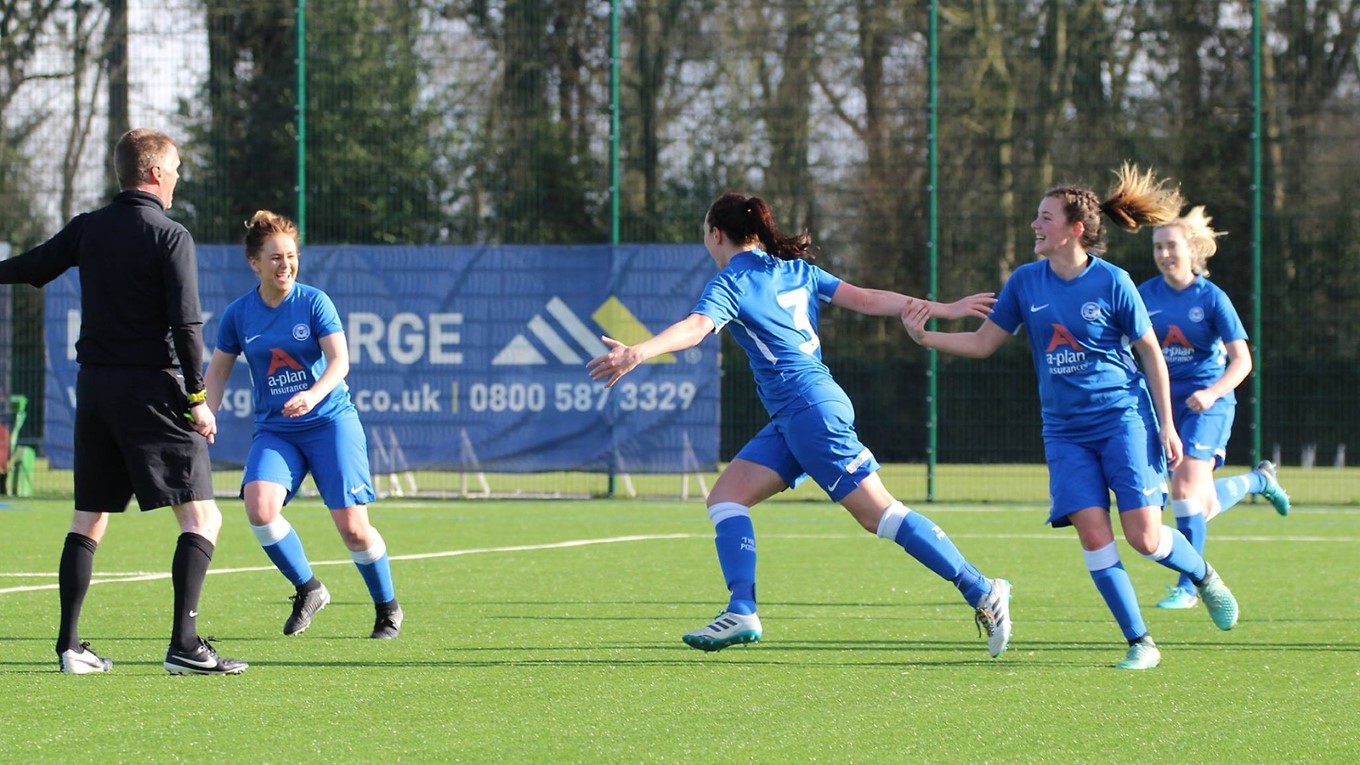 The Posh Ladies continued their excellent run of results with an important 3-1 victory over third place Oughtibridge.

Peterborough United Ladies remain in second place in the Premier League with a convincing 3-1 win against third place Oughtibridge War Memorial LFC from Sheffield. Posh started briskly with Jess Driscoll and Stacey McConville dictating play in the midfield. They were well supported by Amy Challis, Hannah Pendred and Megan Parrett who all threatened throughout.

Despite having the bulk of the possession Posh fell short in the final third and went into half time with the score 0-0. In the second half Posh continued to dominate possession but were being denied by a resilient Oughtibridge defence.

However, the deadlock was finally broken in the 54th minute when a pin point corner from Hannah Pendred was fiercely met by a header from Laura Patrick that flew into the goal to make it 1-0. Posh continued to press forward and they finally got the important second goal when a through ball from Jess Driscoll was met by a powerful shot from Megan Parrett in the 65th minute to make it 2-0.

Jess Driscoll then made it 3-0 in the 77th minute with a calm finish just inside the box to seal the win. Oughtibridge managed to get a consolation goal in the 85th minute to make it 3-1 but it was too late to make any real difference to the game.

This was a hugely important win for Posh in their quest for the League title. Oughtibridge were a well organised team but they simply struggled to contain the fast passing movement from Posh.