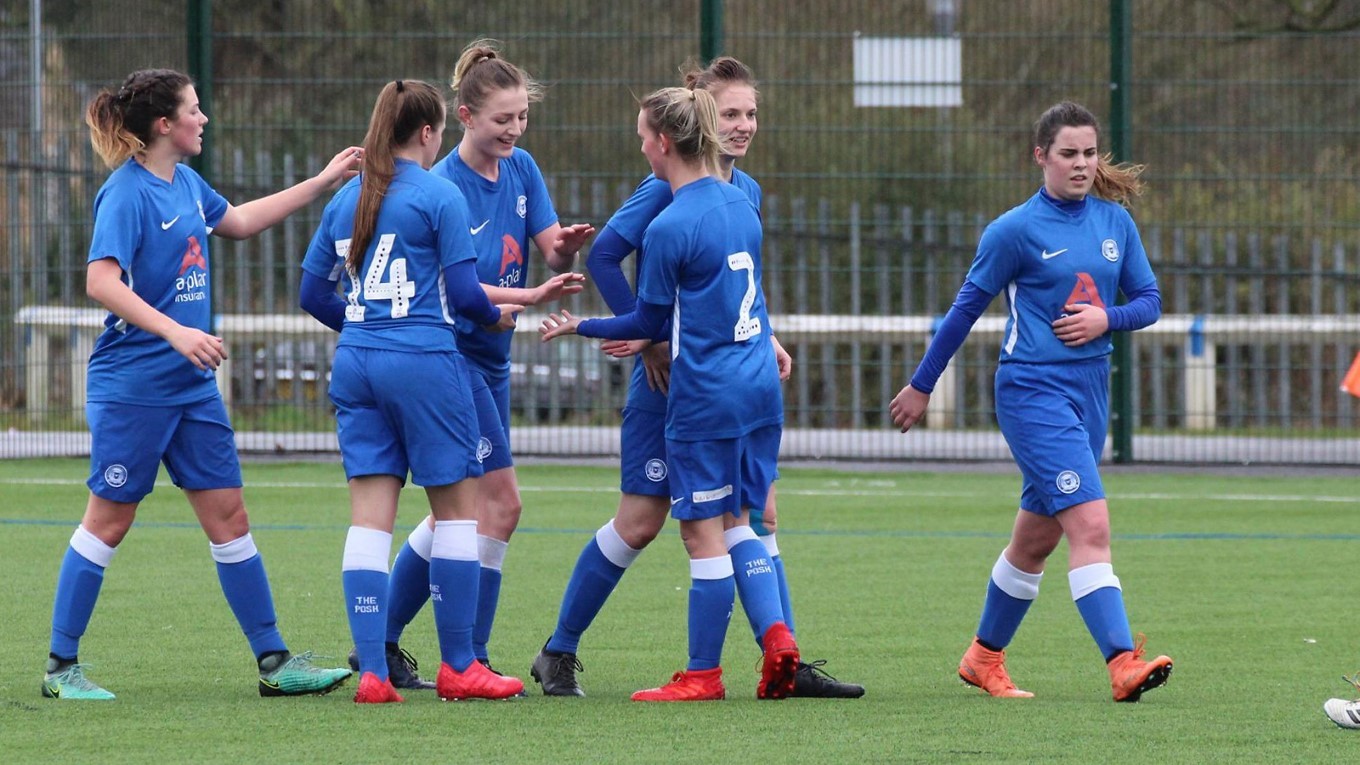 Led by Captain Keir Perkins, who scored an excellent hat trick, the Peterborough United Ladies were easy winners against a resolute Mansfield Town team at the weekend to continue their fine form.

The Ladies continued to dominate possession and it seemed only a matter of time before they would score. On cue and on 44minutes Jess Driscoll rose above the defenders and slotted in a cross from close range to make it 2-1.

The Ladies knew that the impetus was with them and as the second half began it was the Ladies that pressed forwards. The third goal for the Posh came in the 49th minute from Perkins who fired the ball into the net from close range to make it 3-1.

With the cushion of a two goal lead the Ladies surged forwards at every opportunity and on 57 minutes’ substitute Donna McGuigan made it 4-1 with a well struck shot which beat the keeper. Perkins finally got her hat trick in the 70th minute to make it 5-1 with a delightful back heel from close range. Substitute Hannah Pendred got herself onto the scoresheet in the 88th minute to make it 6-1 when she turned the defender in the box and calmly slotted home from close range.

Just before the final whistle Donna McGuigan made it 7-1 in the 90th minute with a cheeky chip from outside the area which the goalie just couldn’t reach. This was a comprehensive display from the Ladies who dominated possession throughout the game. Mansfield Town also deserve a great deal of credit for their hard work on the pitch and also for their goalkeeper who made a number of outstanding saves.