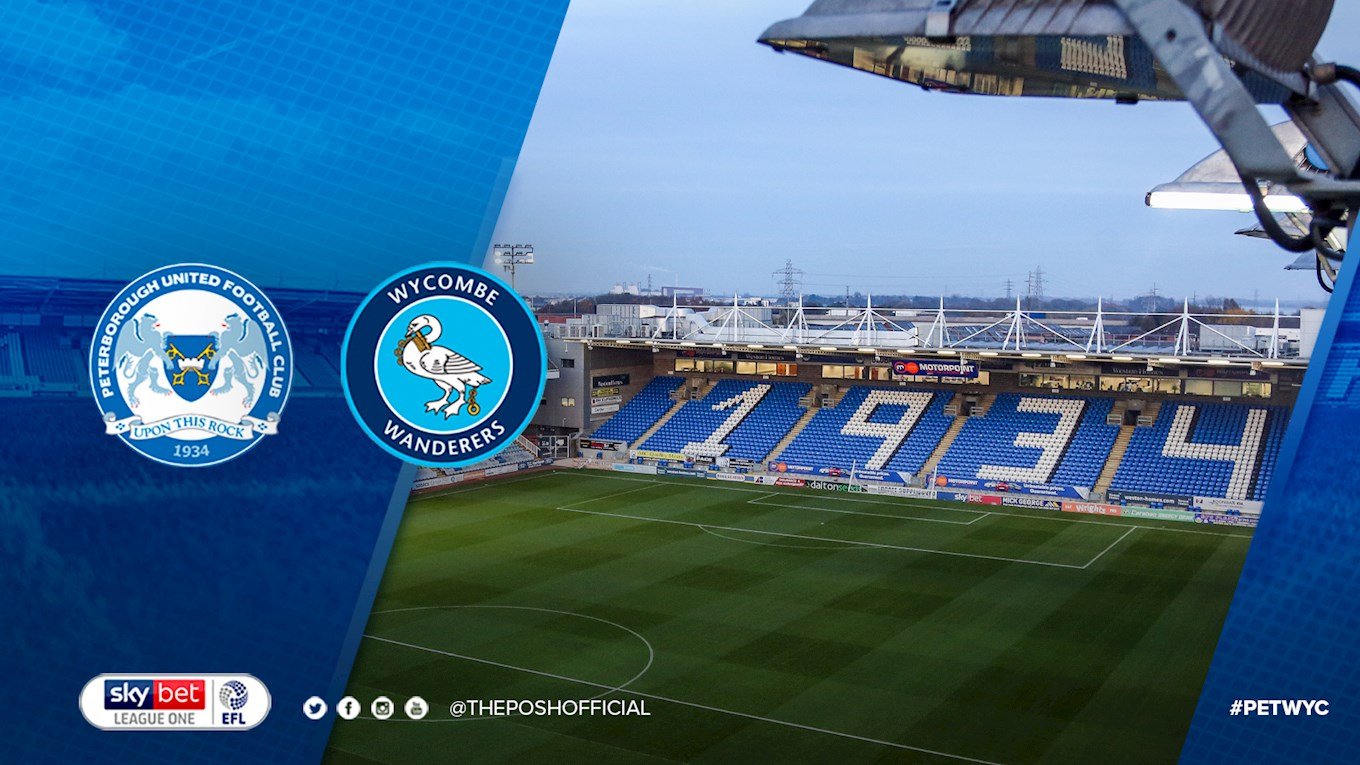 Peterborough United go in search of three points on Saturday afternoon at the ABAX Stadium as Wycombe Wanderers visit (3pm).

Peterborough United entertain Wycombe Wanderers at the ABAX Stadium in Sky Bet League One action on Saturday (3pm) knowing a victory could see them move back into the play-off positions as we move into the key month of March.

Manager Darren Ferguson has spoken about the importance of the month with plenty of points up for grabs and visiting Wycombe will be desperate for an upturn in their fortunes after a poor run of form in League One.

Posh are without the services of striker Ivan Toney who is serving a one-match ban following his red card for deliberate handball last weekend against Shrewsbury Town. Siriki Dembele (knee) and Josh Knight (ankle) are both ruled out but Daniel Lafferty should be fit after hamstring trouble.

Wycombe forward Scott Kashket will undergo a late fitness test having come off in the 1-0 loss to Gillingham on Saturday with a hamstring problem. Luke Bolton is available again after missing that game as a precaution following a head injury.

With captain Adam El-Abd still suspended, Anthony Stewart will continue to deputise at the back. Yves Ma-Kalambay has been back in full training after a broken finger and could return to the bench, while Darius Charles (hip) is still out.

“Gareth Ainsworth has done a fantastic job at Wycombe. They will work hard, they play with high energy and they can cause you problems if you allow them too. We need to find a way to win the game. That is as simple as it gets. We need to get the three points,” Darren Ferguson said.

There’s different factors now; a different manager and a different team. Darren Ferguson is a guy who I’ve got huge amounts of respect for; he’s given me snippets of advice throughout my career as I’ve come up against him and we’ve had some good battles, so I’m expecting nothing less than that and a drink with Darren after the game.

“We’re both in a sticky patch and something's got to give. They’re missing their striker Ivan Toney this week, we’re missing Scotty Kashket, but Luke Bolton comes back into the frame after concussion protocols so we’re strong, we’re looking forward to the game and, like I say, he’s a top manager and this will be a tough game and I don’t think it will be the same as when we faced them at home,” Wycombe manager Gareth Ainsworth said.

Tickets are available in advance at www.theposhtickets.com, via the Ticketmaster hotline 0844 847 1934 (calls cost 7ppm plus your network access fee) and in person at the ABAX Stadium Box Office.

There will be a minute’s applause in memory of two former Posh players that have sadly passed away in recent weeks. Ian Ross and Bobby Doyle both played with huge distinction for the football club. The club will also be making floral tributes to two supporters who passed away this week, Christine Malinowski and Tom Lindsey and acknowledging their support for the football club just ahead of the teams coming out.

The fan zone will be in operation and open from 1pm with the normal inflatables and mobile bar in operation.