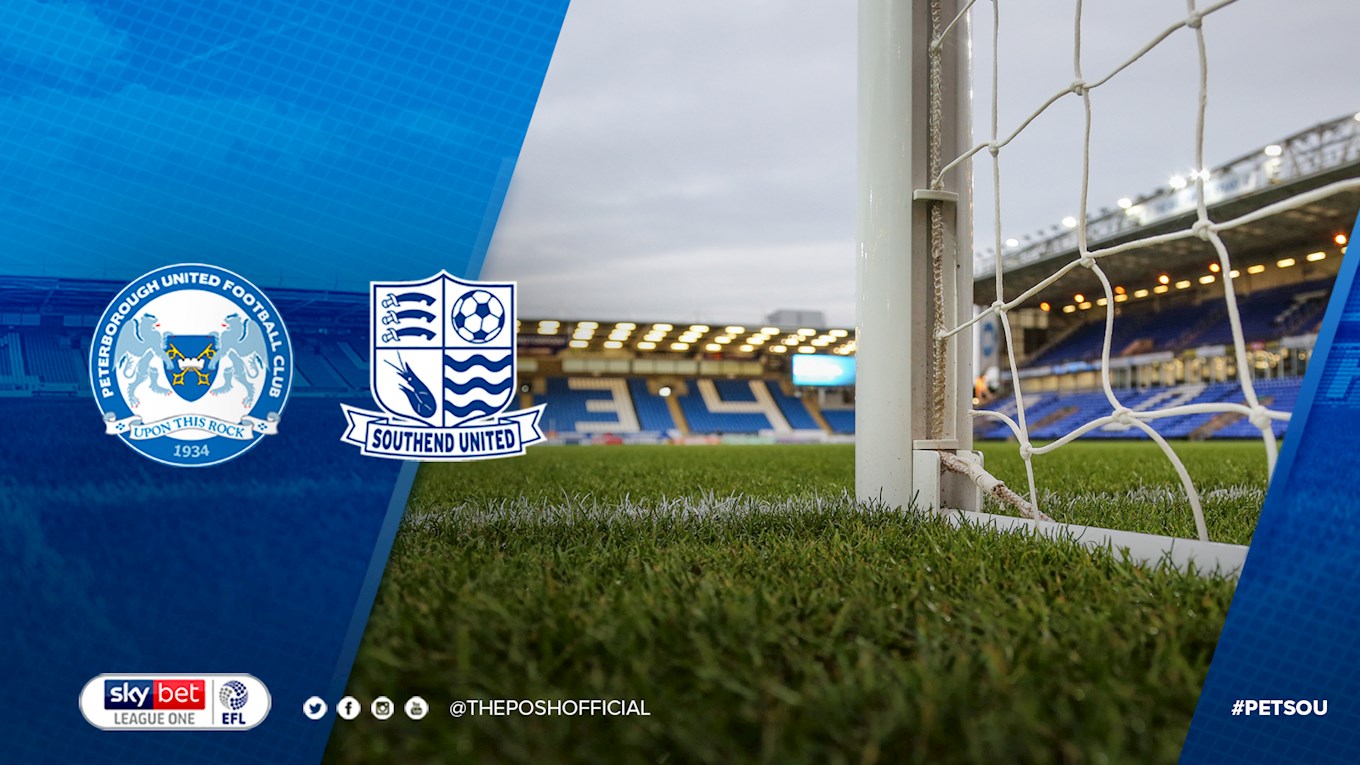 Peterborough United entertain Chris Powell’s Southend United at the ABAX Stadium on Saturday afternoon in Sky Bet League One action (3pm) as Darren Ferguson’s men look to bounce back after a run of defeats at Bradford City, AFC Wimbledon and against Coventry City.

Despite those losses, Posh are still within two points of the play-off positions with eight games to play and the Shrimpers arrive out of form. A victory over Southend could see Posh end the day in the top six of the division.

TEAM NEWS
Defender Ryan Tafazolli has recovered from illness and is available for selection, but fellow defenders Jason Naismith and Rhys Bennett have been struggling this week with knocks. Siriki Dembele is expected to be in the squad after recovering from a knee injury but Josh Knight is still unavailable.

Powell has revealed the Shrimpers tried to stop Jason Demetriou teaming up with Cyprus. Demetriou will miss Blues' trip to the ABAX Stadium. Demetriou is expected to be replaced against Peterborough by Elvis Bwomono. due to his international call-up.

FROM THE GAFFER
“We have eight games left and we want to try and end the season in a positive manner. We need to be positive, we need to be together and we need to play on the front foot. It is about simplifying things for the players, it is about getting the three points and moving onto the next game,” Darren Ferguson said.

FROM THE OPPOSITION
“Things haven’t gone Peterborough’s way in their last three games but they do have talent and real match-winners. We’re going to have to stand up to that and find our own match-winners,” Southend boss Chris Powell said.

TICKET NEWS
Tickets are available at www.theposhtickets.com, via the Ticketmaster hotline 0844 847 1934 (calls cost 7ppm plus your network access fee) and in person at the ABAX Stadium Box Office. Southend have sold over 800 tickets and thanks to the Schools Initiative, there will be close to a full Motorpoint Stand of home supporters.

FAN ZONE
Top local band Idolising Nova will be performing in the fan zone from 1.40pm so make sure you are in a good position to watch them in action. The mobile bar will be open and the usual inflatables will be in operation.

MAN IN THE MIDDLE
The match referee is Alan Young.

MATCH DAY PROGRAMME
The match day programme featuring Matt Stevens on the cover will be available around the ground for £3.