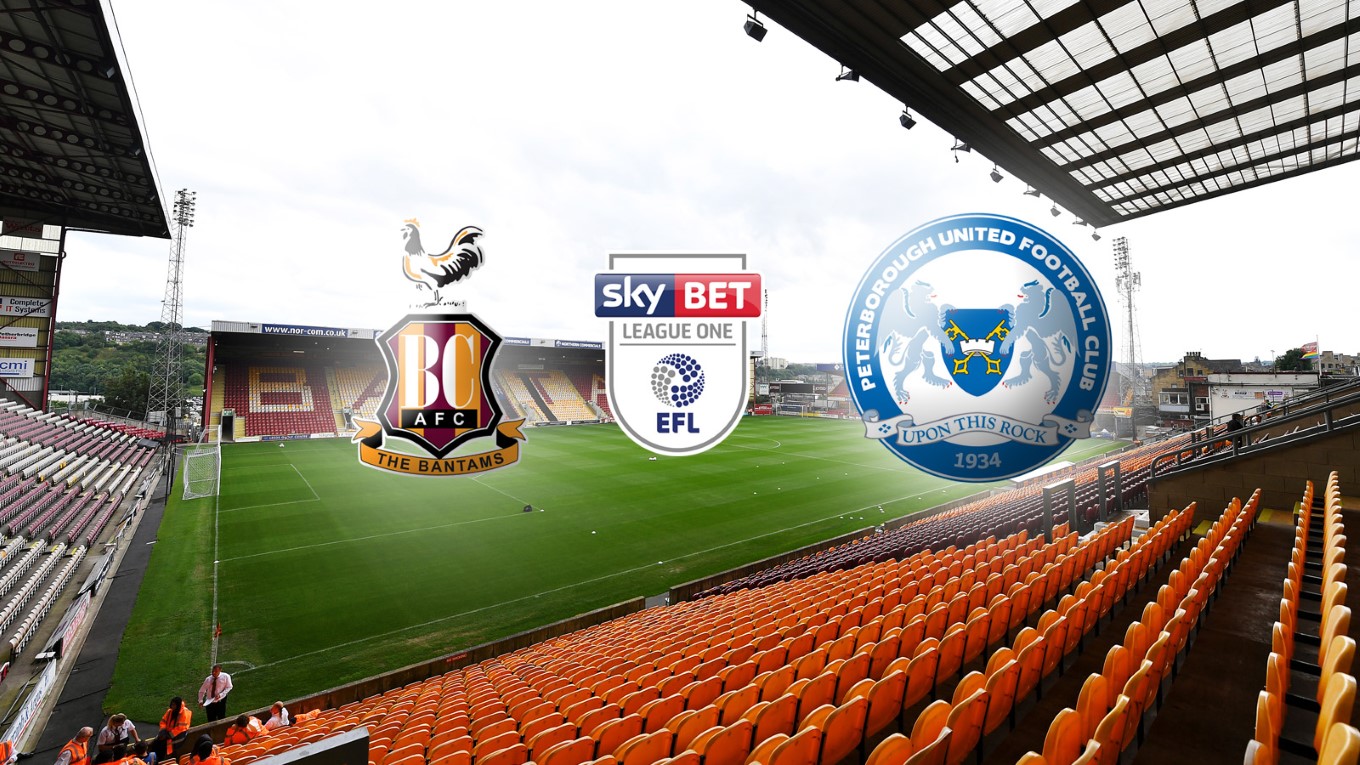 Both clubs have had managerial changes this term and both were managed by different bosses the last time the two sides met. The Bantams appointed Gary Bowyer this week as their new chief with David Hopkin resigning with the Yorkshire club still very much embroiled in a relegation scrap at the bottom of League One.

Posh welcome back striker Ivan Toney from suspension after the top scorer sat out the win against Wycombe Wanderers following his red card against Shrewsbury Town. Siriki Dembele is ahead of schedule and could be fit for the end of the month. Josh Knight should return to the ABAX Stadium after treatment with parent club Leicester City next week.

Sean Scannell has been able to take part in some training this week as he continues to step up his recovery from a long-term absence. The winger has not played since the beginning of October after fracturing his lower back.

“It will be a tough game. I know their manager well and know how he sets his teams up. They are struggling, fighting for their lives, but Gary will have them organised. We have the manage the first part of the game, but it our focus will be our performance. Bradford may get a lift from the new manager. We have to make sure that we win the battle because that is what it will be. Hopefully our talent will then shine through,” Darren Ferguson said.

“We’ve spoken about the mentality and how we have to become difficult to beat very, very quickly. Between now and Saturday, the only place we can see that is training but I have been delighted with the response. We put them into scenarios and challenged them on that. They reacted well but the big test comes on Saturday,” Bradford boss Gary Bowyer said.

Posh had sold over 300 tickets in advance for the game. Tickets are available at www.theposhtickets.com, via the Ticketmaster hotline 0844 847 1934 (calls cost 7ppm plus your network access fee). Adult prices rise to £25 if bought on the day of the game.

The match referee is Matthew Donohue.

Posh will be in all blue for the clash.