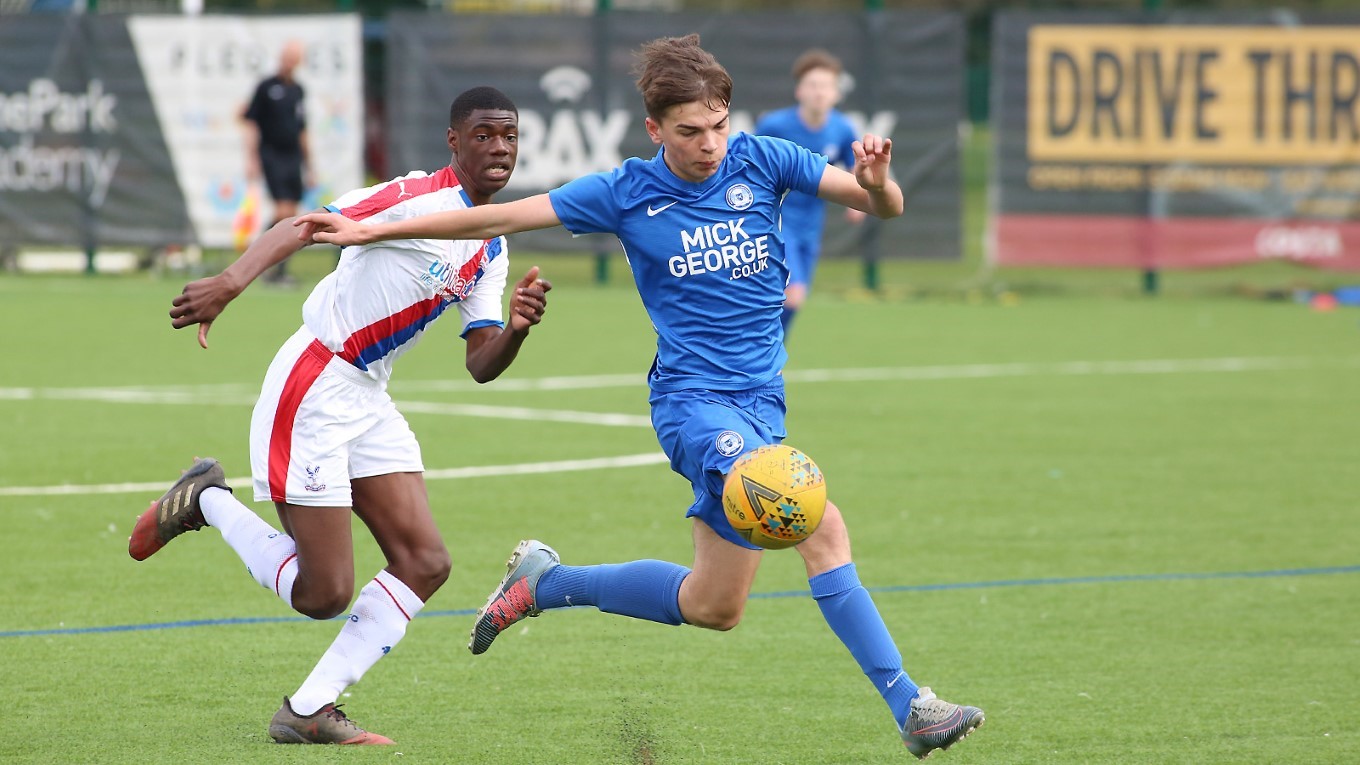 The fixture took place at the Mick George Training Academy in the Community and Education Football Alliance Division 1.

Posh started the game really well, moving the ball quickly with purpose and creating chances. On the ten-minute mark Posh were rewarded for their efforts and took the lead through Bayly. With Posh in the driving seat, a dubious decision allowed Palace to equalise and they scored another two in quick succession.

Despite the huge momentum swing in the game, Posh kept their heads up and got back into the game just before half time after a well worked move, switching the play from left to right allowed Goymour to finish a Palmer cross.

After the break, Posh looked determined to find an equaliser and continued to create chances through Palmer, Munns, Denton and Bayly. As well as being on the front foot, Posh limited Palace to shots from range and dominated the early stages of the half. For all of Posh's good work they couldn’t find a way to add to their goal tally and were punished by Crystal Palace with two further goals.

Posh face Millwall next week where they will be looking to get back to winning ways before a two-week break.

Posh started the game slowly with only having the five players for the full 40 minutes of Futsal. Posh knew they were against it before kick-off; however, trying to manage the game, within the first 5 minutes Posh found themselves 3-0 down, poor defending and not being organising cost Posh early on. After a time-out Posh were more organised and started to grow into the game having a chance through Hoult who was in the corner of the court, the angle was against him but made the Cambridge Keeper make a difficult save.

Cambridge then scored three minutes from half time from a long ball as Posh players committed to many players forward. After half time Posh could see a lot of possession but weren’t threatening Cambridge with much. However, with Cambridge playing a box there was a lot of room on the outside for the wide players. A quick pass from Melton to Ellen who touched forward and drove at the defender before taking a shot that the keeper spilled for Brittain to tap home. Posh were enjoying the game now, getting chances and finding Cambridge’s weaknesses however ran out of energy and couldn’t get back into the game as Cambridge were running the clock down.