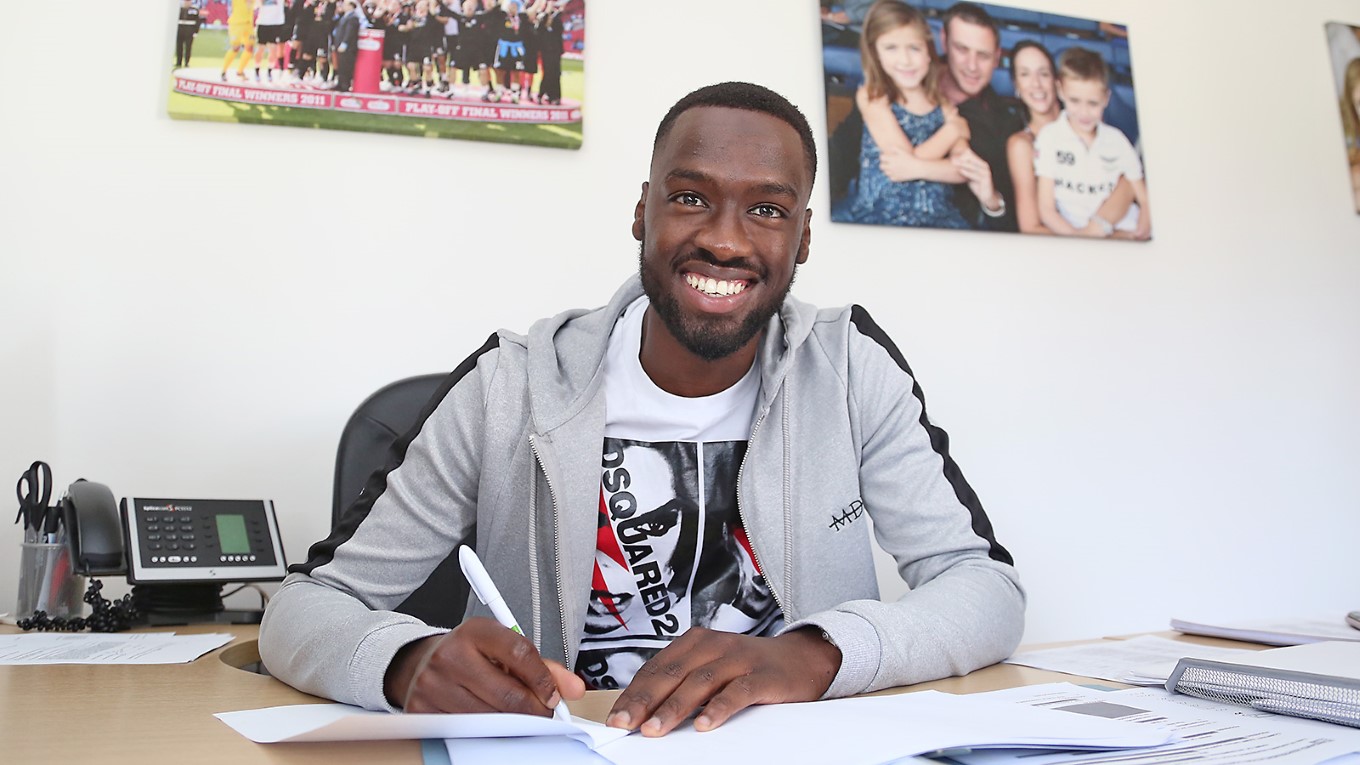 Posh beat off host of clubs to secure signature of Championship striker.

Peterborough United have broken their transfer record to land Bristol City striker Mo Eisa with the 24-year-old penning a four-year deal at the Weston Homes Stadium after completing the formalities on Saturday morning at the Mick George Training Academy.

Eisa, who scored 25 goals in 50 appearances for Cheltenham Town, which earned him a big money move to Ashton Gate, has been linked with a host of clubs including in the Championship, but has penned a long-term deal at Posh after speaking with manager Darren Ferguson.

Chairman Darragh MacAnthony said: “‘It is no secret we made four bids for Mo last summer as he is the type of striker that ticks every box, criteria wise, for a “Posh signing”. He is quick, technically fantastic and has the ability to improve with us and step up a level.

“When myself, Jason and Randy met in Vegas, it was clear the three of us needed to sanction a stand out signing to show our fans and the league that we mean business in our quest to become a Championship club.”

Ferguson was thrilled to get the signing over the line and is excited to work with the front man. “Firstly, I would like to thank the owners, Darragh, Jason and Randy for backing me on this signing because it is a big signing for this football club. I think one thing that I identified last season is that we were looking for a bit more pace up front and Mo brings that.

“I have known about him for a few years. He had a fantastic goal record at Cheltenham Town and that earned him a big move to the Championship. He was really unfortunate because he got injured early on at Bristol City and then the form that they displayed meant it was difficult for him to get into the line-up.

“He fits our criteria, he is a good age, is quick and scores goals and not just goals, but all types of goals and that is something that I noticed straight away. He can finish on either foot and from any distance. He is a lovely lad and I have no doubt that he will do very well for us. I am delighted to get Mo on board.

“I want to thank Lee Johnson and everyone at Bristol City because this has been going on for a little while and they have conducted themselves superbly throughout the process. Mo ticks a lot of boxes and we have just really the midfield area to address now and that is something we are working hard on.”

Eisa, who had a number of clubs in for his services, admitted Posh were the team that showed the most interest and ultimately why he put pen to paper on the long-term deal. “Peterborough wanted me the most, they showed the most interest me and showed how serious they were to get the deal done. I met the chairman and the manager and they have showed nothing but love for me and that is what I need.

“I know all about the strikers that have scored goals for Peterborough in the past and hopefully I can do that here. I want to score goals, but I am not selfish, it is about the team and the team’s objective is to get to the Championship and I want to help the team in that goal. I am looking forward to getting started.”

Season tickets for the 2019-2020 campaign are on sale NOW at www.theposhtickets.com and via the Ticketmaster hotline 0844 847 1934 (calls cost 7ppm plus your network access fee). The Ticket Office is open throughout the week from 9am-5pm (10am-5pm on Fridays).

You can also purchase Flexi-Tickets for the new campaign, with further information on how you can buy here: https://www.theposh.com/news/2019/may/10-game-flexi-ticket-launched/