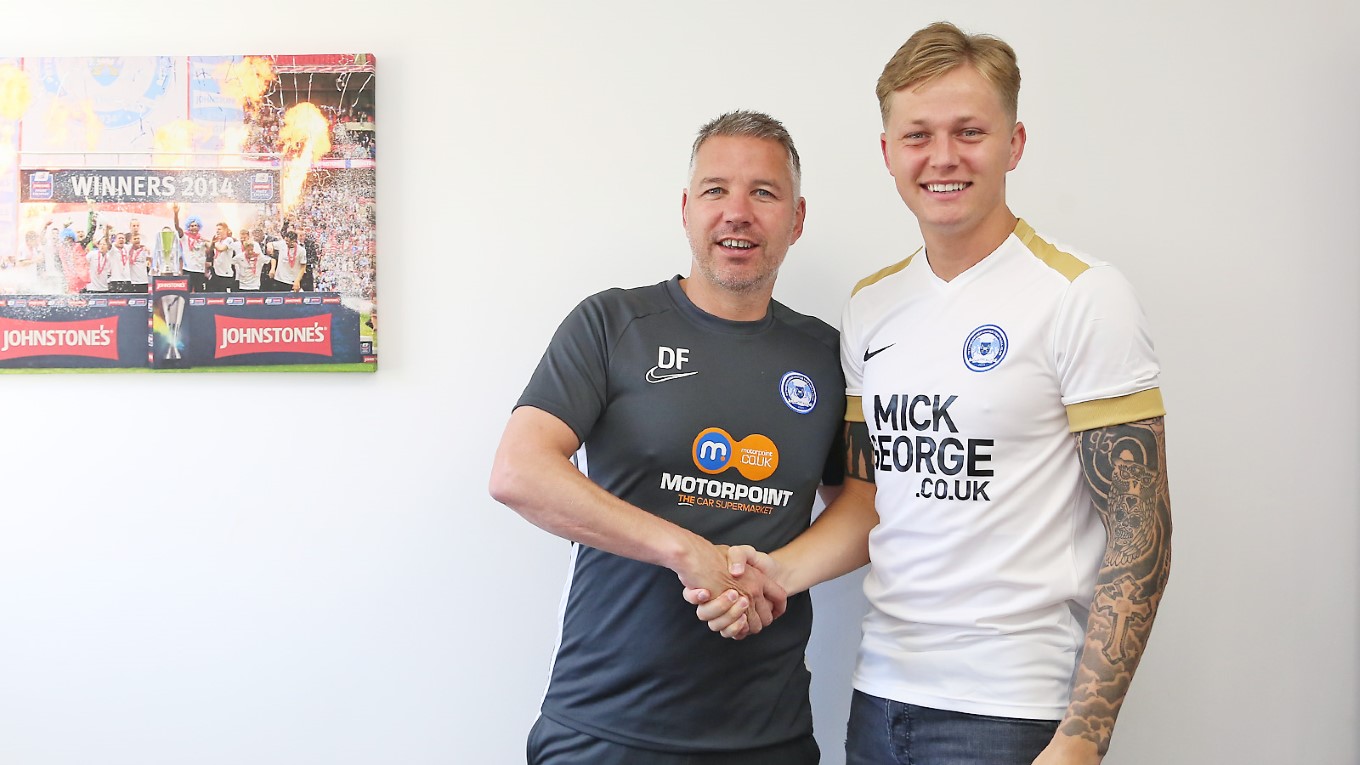 Peterborough United have bolstered their defensive ranks with the signing of highly-rated Colchester United defender.

Peterborough United have made their eighth signing of the summer with the arrival of Colchester United defender Frankie Kent for an undisclosed fee with the 23-year-old penning a three-year deal at the Mick George Training Academy on Saturday morning.

Kent was part of the Arsenal Academy until the age of 16 before joining the U’s where he has made 134 starts, making his debut for the club as an 18-year-old. Kent is the second central defender to join the club in the close season with the experienced Mark Beevers one of the first arrivals.

Manager Darren Ferguson was pleased to get the deal over the line and is looking forward to working with his newest recruit. “I am delighted. We found out last night that Frankie Kent had agreed to join us and I am really excited to get this deal over the line. It was a position we were looking to fill and he has been on the radar since the end of last season.

“Colchester have been superb to deal with and it is another part of the jigsaw. Frankie has played a lot of games for his age, he has been a captain there, he is a leader for his age, has loads of potential, is a good size and we see him as right-sided centre back. He has good balance, is good with the ball at his feet and when I met him, I could see how eager he was to join and that was great because there were a lot of clubs in for him.

“It is a big one for us. We have done our recruitment very well in this close season and we are looking forward to working with them when they come back for pre-season on Monday. I am really pleased with how things have gone so far,” Ferguson said.

Kent, who was attracting the attention of Championship clubs, revealed the reason why he decided to sign on the dotted line at the Weston Homes Stadium. “I spoke to the manager on Wednesday and had a chat with my family, but I knew my decision and I am really pleased to be here. I feel that this is the right move for me at this stage in my career.

“It was important for me to get the deal done before the lads come back for pre-season and I can now meet them and get to know them on the first day. It is a really good opportunity for me here and I am looking forward to getting started,” Kent said.

The defender is set to be the new number six at the club with squad numbers set to be confirmed in full at the beginning of the week.