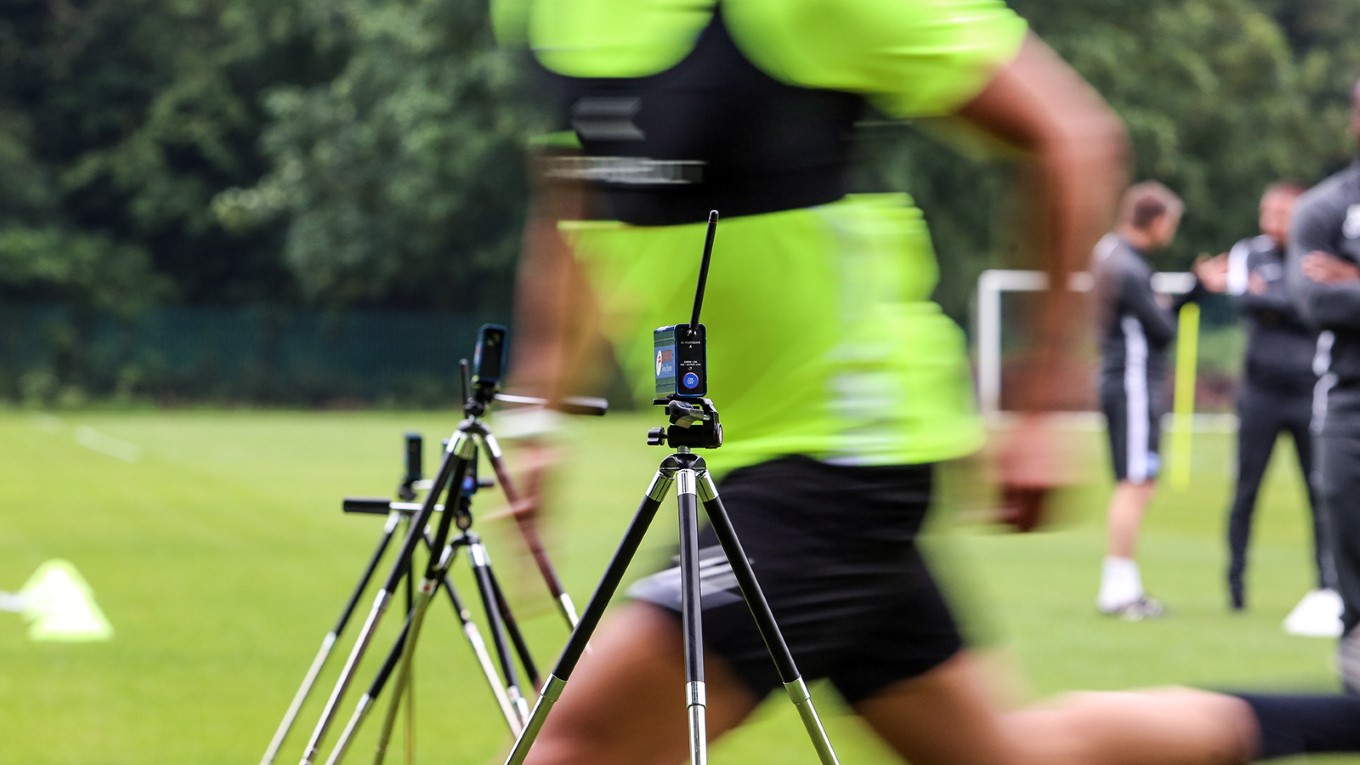 Players Tested As Pre-Season Gets Underway

The Peterborough United players are back in training at the Mick George Training Academy as they look forward to the start of the new campaign.

As day four of pre-season training gets underway at the Mick George Training Academy, the Posh players are working hard ahead of the new Sky Bet League One season. The squad returned on Monday for two days of fitness and testing drills, before beginning their work with the footballs on Wednesday.

Central midfielder Alex Woodyard believes the squad have all kept in good shape over the close season, as preparations ramp up for the new League One season: “All the boys look fit and in good shape, but it’s still early days, yet. There’s been a few testing exercises but no long running yet, so that’s all to come.

“I remember when I first started as a first year pro, I remember all of the old pro’s coming in having done absolutely nothing over the off season, but it’s all changed now. We had two weeks off and then we had a five week off-off-season programme, leading up to pre-season, it’s quite full on now. I think all the boys are professional enough to get their work done in the off season because it’s not all about just coming back fit, but also getting the body prepared so when you do come back and do the hard running, you’re not pulling up and picking up injuries.”

As football evolves, the demands of the players become more and more apparent. Centre back Rhys Bennett is about to begin his second season at the Weston Homes Stadium and said: “It’s becoming more like year round profession in terms of the breaks. You see a lot of pro’s doing sessions with personal trainers during the breaks, so there’s not really much rest. We know we have to do a lot of running in pre-season so we have to be prepared for it.

“I think it’s about finding a balance, if you do play a lot of games during the season, you need a rest, but I think it’s all about building the physical fitness in the pre-pre-season, to get ready for pre-season because you know it’s going to be tough.”

Serhat Tasdemir is one of Posh’s newest recruits, having joined from National League side AFC Fylde in the summer, but the 18 year-old attacking midfielder is keen to have a strong pre-season and make his mark for Darren Ferguson’s side: “I enjoy it, it’s good, we obviously need to get the fitness up and get ready for the new season, and hopefully have a promotion push. You enjoy your time off but you also do your pre-pre-season, so I’m ready. First impressions are massive, so I’m just going to do my best, and do what I can.”

Jason Naismith celebrated his 25th birthday on Tuesday, but didn’t mind spending it being put through his paces by the Posh management team: “It’s the most testing birthday I’ve ever had, I know that! It’s just the usual stuff you go through and the boys did well. You just need to keep yourself ticking over as best as you can (in the close season) because the Gaffer and Strachs are always ready for you and they’ve given us a few tests today (Tuesday), but I think all of the boys have done well so we’ll continue to work hard and keep striving.”

Posh travel to Spain on July 4th and take on Championship side Nottingham Forest in a friendly in La Manga during their stay overseas. They will return to England on the 9th before making a trip to local side Stamford, for their second pre-season game, on the 10th July.