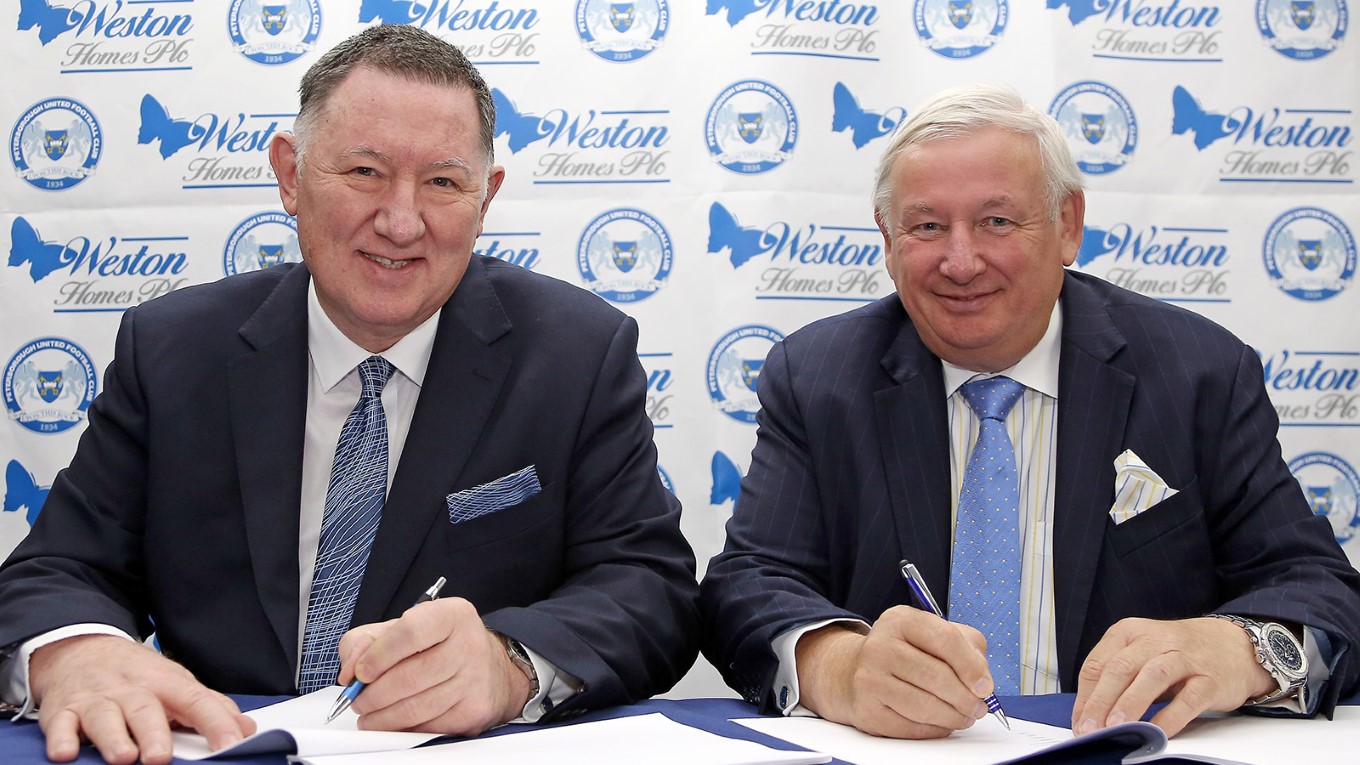 The football club can confirm that the stadium is now called the Weston Homes Stadium as deal gets underway.

Weston Homes signed a £2 million, 10 year, sponsorship deal with Peterborough United and acquired the name and promotion rights for Peterborough’s London Road Football Ground which is now known and branded as the Weston Homes Stadium.

The deal got underway on 1st Jun e 2019 with new signage erected at the stadium in preparation for the concert with Craig David on Saturday 8th June.