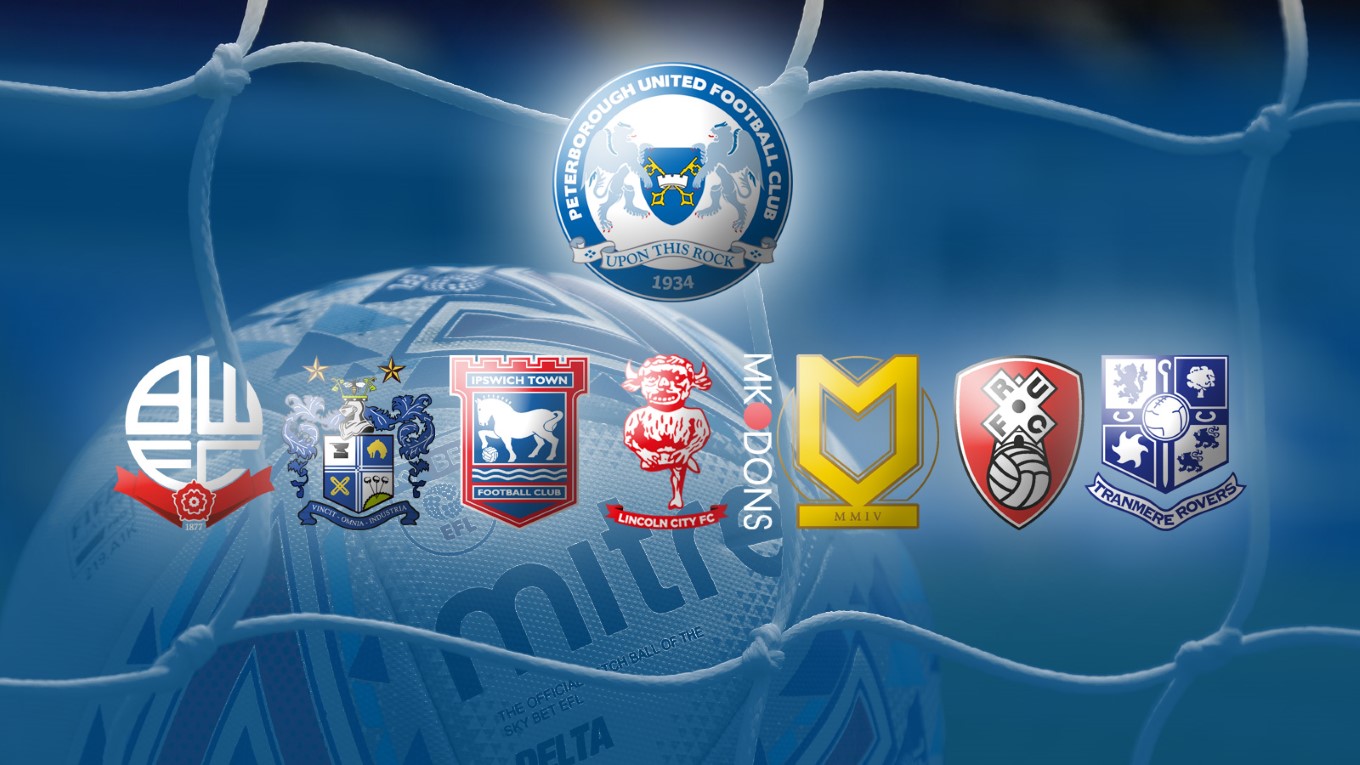 Peterborough United will find out their fixtures for the new season at 9am on Thursday 20th June.

Darren Ferguson’s Peterborough United will find out their fixtures for the Sky Bet League One campaign at 9am on Thursday 20th June and there will be a number of grounds on the list that supporters will be excited to visit.

Bolton Wanderers were among the teams to be relegated from the Championship and they have a busy summer ahead after financial problems and a host of players departing the Macron Stadium. Bolton only had one season in the Championship, so the last meeting between the two sides was during the 2017-2018 season with the Whites securing promotion on the final day.

Ipswich Town will be in the same division as Posh for the first time since the 2012-2013 campaign when both teams were in the Championship. Both games between the two ended in draws, 0-0 at the Weston Homes Stadium and 1-1 at Portman Road. Ipswich have former Posh winger Gwion Edwards in their ranks and recently signed prolific Tranmere Rovers front man James Norwood.

Rotherham United were the final club to be relegated from the Championship and they were League One opponents during the 2017-2018 campaign with Posh unbeaten in the two games played in that season. Both Jon Taylor and Joe Newell have left the Millers in the summer with the latter joining Hibernian in Scotland.

Coming up from League Two are Lincoln City, MK Dons, Bury and Tranmere Rovers and all four have been regular opponents for Posh in recent years – Tranmere tend to be cup opponents while Posh have enjoyed many battles with the Dons.

Posh travelled to Sincil Bank in the quater-finals of the Checkatrade Trophy in January 2018 but were beaten 4-2 despite a stunning Danny Lloyd goal. Jack Marriott got injured in the warm-up ahead of that tie. Michael Bostwick and Harry Anderson are among the players in the Imps squad.

So with excitement building ahead of the new season and some eye-catching signings already made by Darren Ferguson including Dan Butler, Mark Beevers and Mo Eisa, it is the perfect time to secure your season ticket. You can do so here.

Flexi-Tickets are also available for the new 2019-2020 campaign and supporters are reminded that the price changes on the day of the fixture release. You can secure your Flexi-Ticket here.