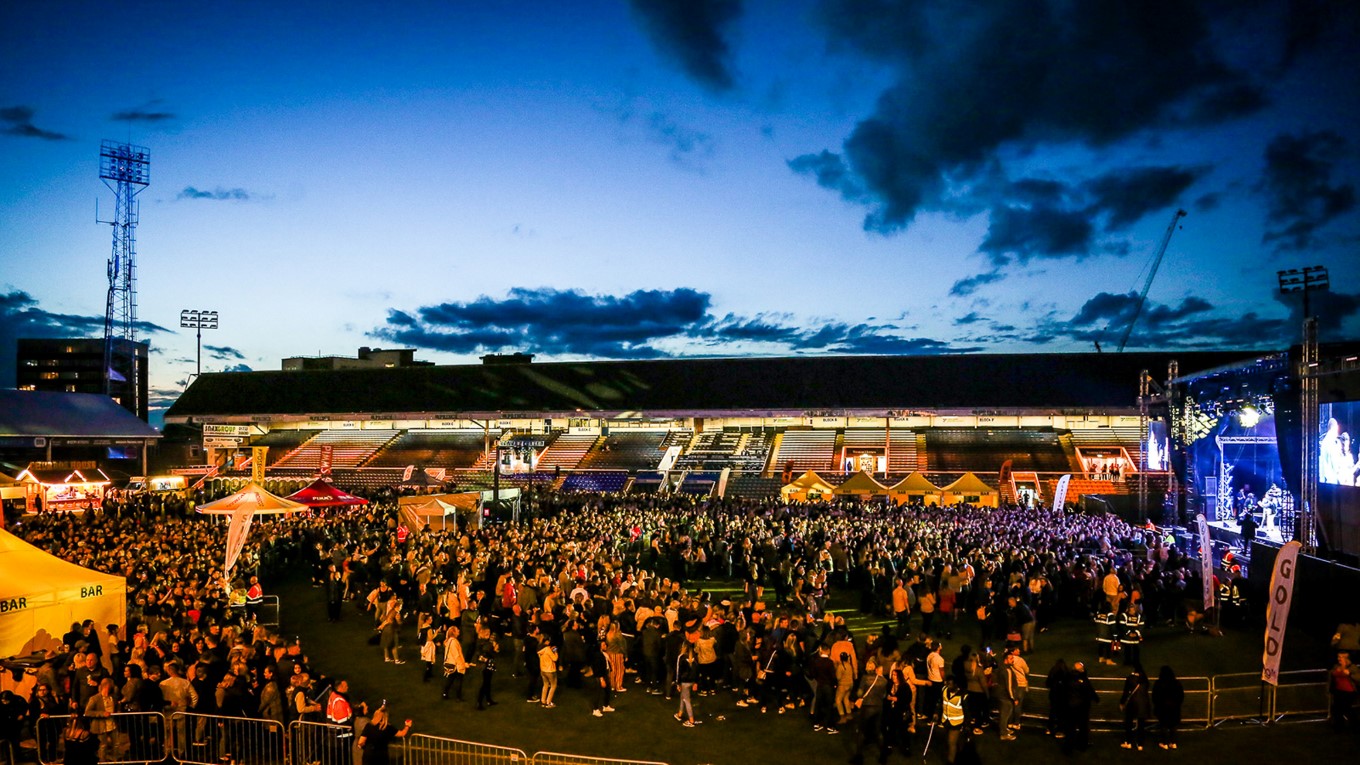 Concert goers entertained during night of music at the Weston Homes Stadium.

Despite waking up to torrential rain on Saturday, the weather gods were shining on gig-goers as DJ Nathan Dawe opened the evening of entertainment with an energetic set to get the crowd going as the bad weather subsided.

Becky Hill was next to take to the stage as the singer-songwriter breezed through her collection of big hits before DJ Sigala, who has six top ten singles in his back catalogue had the crowd bouncing in preparation for Craig David.

David, who has 20 top 40 singles to his name and seven UK Top 40 albums under his belt, showed his superb vocal talents as he moved through hits including Re-Wind, Seven Days, Fill Me In and Rendezvous with the concert coming to a close at just after 1030pm.

Organiser and Commercial Manager Alex Harris said: “It was a great night and we hope everyone who attended enjoyed themselves. With Elton John, Steps (and Blue) and now Craig David (with wonderful support acts) playing at our stadium, we are getting an excellent reputation for concert goers.

“We are now looking forward to welcoming another music icon in the form of Sir Tom Jones in July and tickets are selling quickly so we would urge people to get their tickets now.”

Tickets for the gig with Sir Tom Jones can be bought here.