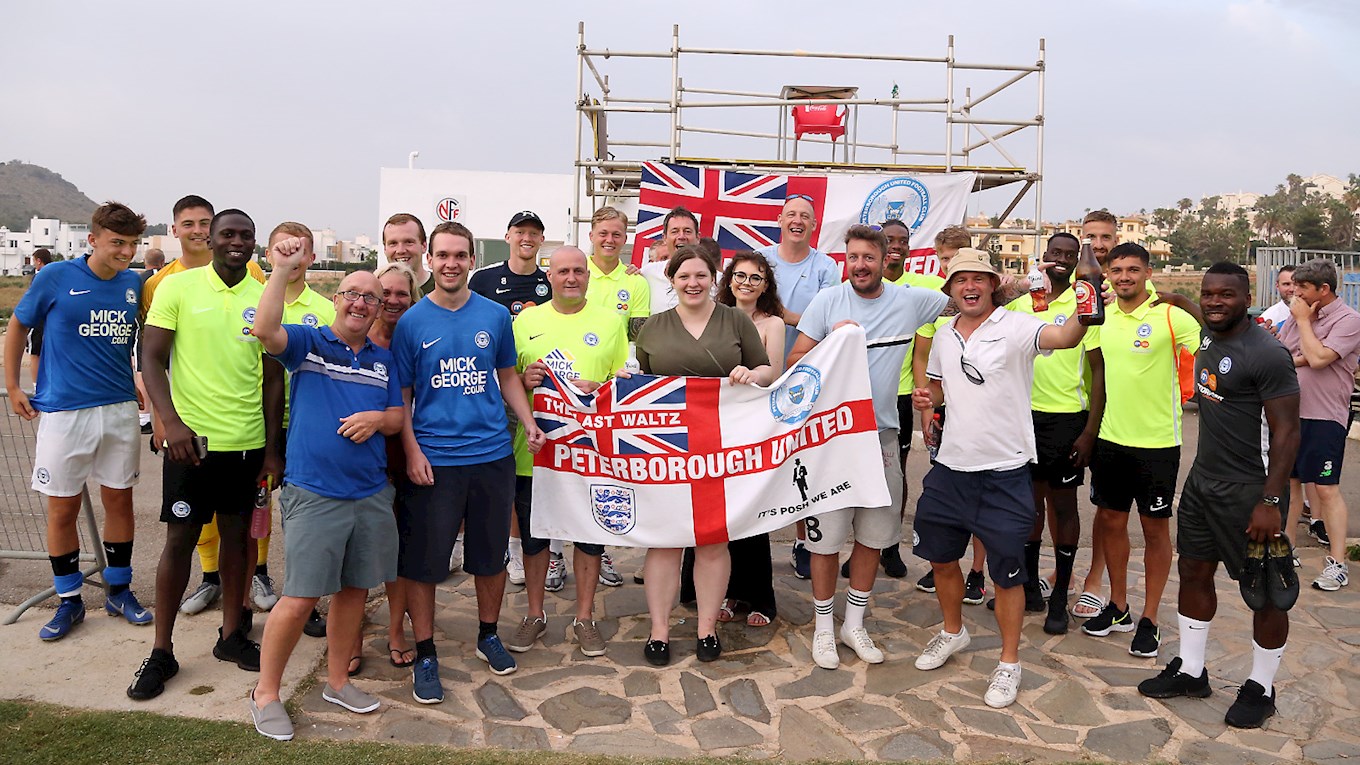 Voice Of The Fans | SLO Blog

Chris Abbott, the Supporters’ Liaison Officer, has written his second blog for the club website.

It’s been a busy few weeks at the football club both on and off the field. The Club held the second concert of the season at the Western Homes Stadium and by all accounts Tom Jones certainly put on a fantastic performance for those present. As the Chairman has said these are a great source of income for the club and we should all recognise the hard work put in by a number of the club staff to ensure these events are a success.

The new home shirt was launched for the season on the 5th July, I know these has received mixed views on social media, but I am sure anyone who has seen them in person can’t help but be impressed by the better quality of the shirt compared to last year.

I know a few Posh fans made the trip out to La Manga for the match against St Mirren, first of all a huge thank you to Club Secretary Liz Elsom for her hard work in arranging another friendly at short notice after Nottingham Forest pulled out, especially as several fans had already paid for flights and accommodation out there. Talking of the fans out there I have seen several pictures and videos from people out there and it certainly looked like everyone had a good time, in fact, it is safe to say maybe to some fans its was La Manga 1 Fans 0 judging by some videos. We also saw excellent interviews conducted by the Chairman and Randy produced which certainly keeps us fans up to date with events and the football club.

The two friendlies back in the UK have certainly been well attended. It was great that the Stamford match saw a record attendance for the ground, which I think shows the enthusiasm and excitement for the start of the season.

On Friday the EFL produced its most comprehensive Fan survey for nearly a decade. Of course the club has copies of this a will review the findings to see if there is anything further we can do to enhance the match experience here at the Weston Homes Stadium. There are already a number of enhancements the club have already made and I will talk more about them in my next blog.

Monday saw a legend return back home, I am sure I talk on behalf of all Posh fans in welcoming George Boyd back to the football club. He spoke about the Posh family and I believe there is nothing better when the Posh family stick together as one. This is something we must all do and hopefully this will help us achieve the ultimate aim promotion!

Last of all, if you have any issues you wish to discuss please contact me on any of the below:-