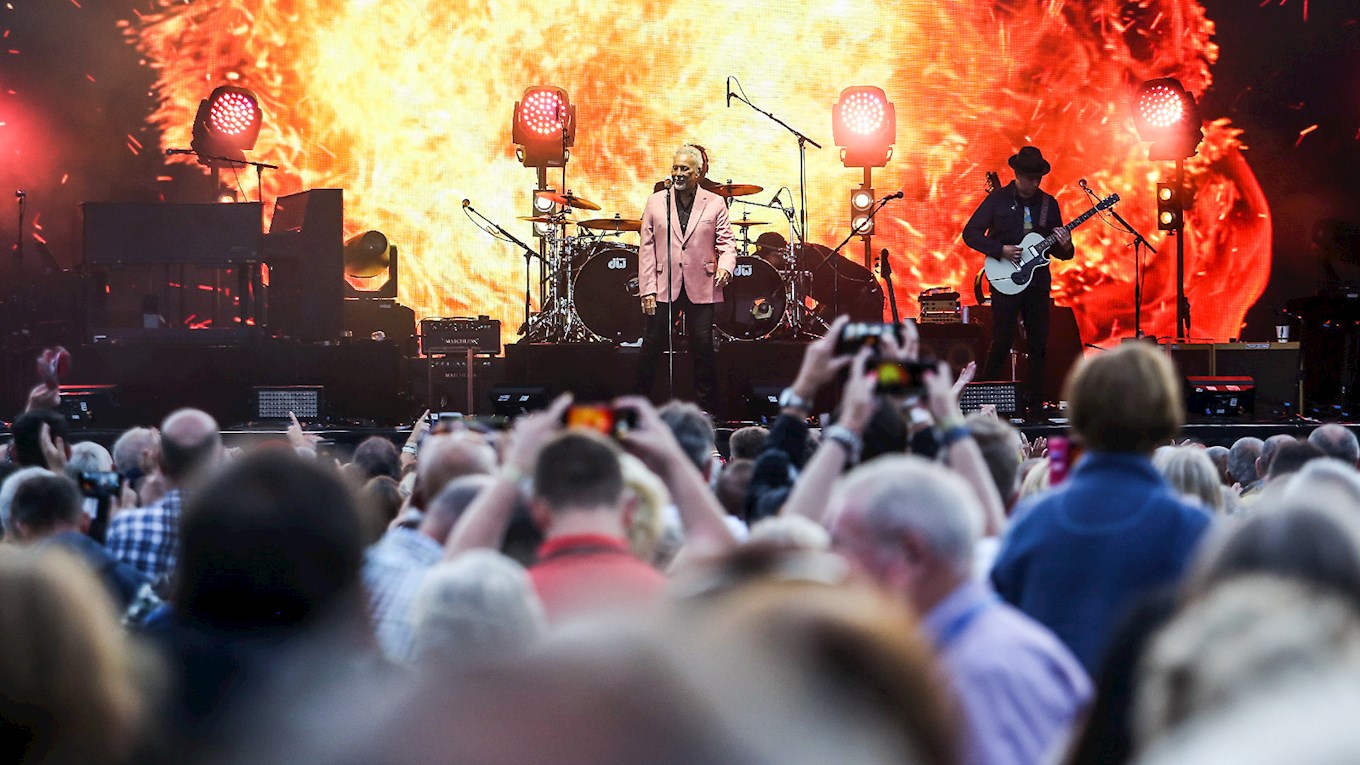 On Thursday evening, thousands of music lovers packed into the Weston Homes Stadium to watch legendary singer Tom Jones in concert and the Welshman certainly didn’t disappoint, getting the crowd on their feet throughout the performance as he belted out his chart-topping hits and a number of iconic covers.

After being warmed up by the The Dunwells and Lottery Winners, Tom took to the stage around 8.30pm and the crowd were soon on their feet. ‘Sex Bomb’, ‘Delilah’ and ‘Green Grass of Home’ were all sung at the top of their voices by the enthusiastic crowd while a funky version of ‘It’s Not Unusual’ had everyone dancing.

After a near two-hour set, which included a number of covers, he ended with a superb encore, covering Louis Armstrong ‘It’s a Wonderful World’ and ‘Kiss’ by Prince as the crowd headed into the night, waxing lyrical about the 79-year-old.

Alex Harris, Commercial Manager, said: “A lot of planning and a lot of work goes into putting on a concert of this size and stature, so I would like to thank everybody behind the scenes that has been involved in the process. I know that they have worked long hours in preparation and also on the night to ensure it was a successful night.

“I would like to thank everyone who attended the concert, we hope you enjoyed yourselves. It was great to be able to build on the work that we have done to attract acts like Elton John, Craig David, Steps and Blue to the stadium and we look forward to what is to come.”