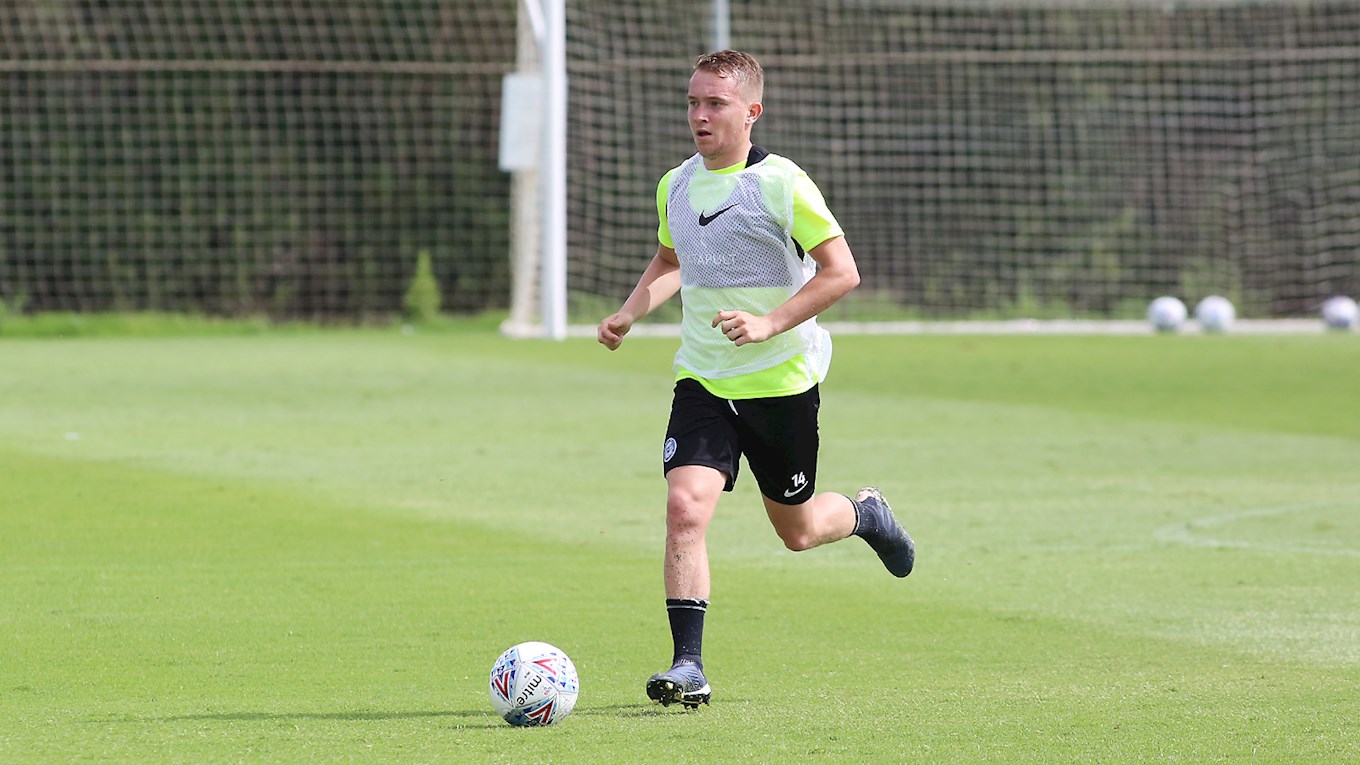 Midfield man determined to nail down a regular berth in the Posh starting XI.

At the age of 21, midfielder Louis Reed has already clocked up nearly 150 appearances at senior level and been part of a football club that has enjoyed tremendous success, including promotion out of Sky Bet League One with a club that is now in the Premier League.

Yet, he is not content with that. His next task is to nail down a regular starting berth in the Peterborough United line-up after a first season that saw him make 18 league starts. He is also hungry for more goals after just one last term and even then, that strike took quite a hefty deflection.

“I want to score more goals, that is certainly one aspect of my game that I want to improve,” Reed said in an interview with the club’s iFollow service. “I felt that I needed to move to Peterborough because I wanted more game time as I knew that was going to be quite difficult to get at Sheffield United.

“For me, last season was a positive and this year I want to build on that, get more starts under my belt and ultimately try and get a promotion on my cv with this football club. Because I started my career quite young in terms of playing week in week out, it is tough when that routine is challenged and this second season is about the next stage. I am young, I am still learning and that is something I am enjoying.

“Scoring goals is definitely an area that I feel I can improve, I only got the one last season and that was a bit dubious. I am feeling positive about the upcoming season. The club have brought some really good players in and they have been integrated into the group quickly which is good and we are all enjoying the work.

“Coming out to La Manga is good because it allows you to get to know the new lads. Last summer there were so many new players it does take time. We have a smaller new pool of players this time around and everyone is getting to know each other well. It is now about building up the fitness and looking forward to the games programme,” Reed said.

Both manager Darren Ferguson and assistant manager Gavin Strachan played as midfielders during their careers and Reed is hoping that experience can help his game. “We have one or two really experienced heads in the dressing room and obviously members of the coaching staff played in my position so that can only help my game.”