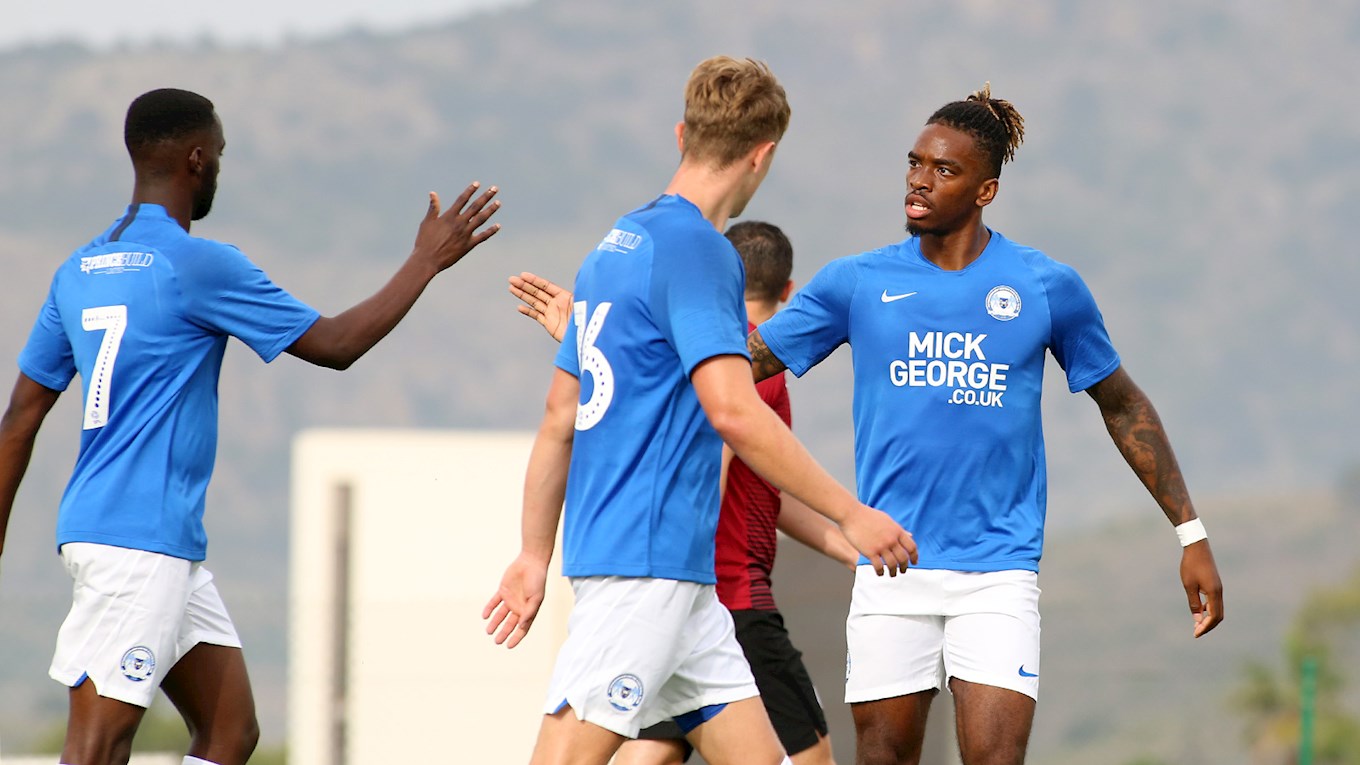 Posh off and running in pre-season with solid victory over Scottish side.

Peterborough United opened their pre-season friendly account with a 2-0 victory over Scottish Premier League side St. Mirren in La Manga with strikers Ivan Toney and Mo Eisa scoring the goals in the first half of the competitive contest.

Toney converted from close-range after a low centre from Eisa on four minutes with Eisa doubling the lead on 37 minutes after firing home following a good cross from Idris Kanu. St Mirren hit the post and the bar during the contest, but Posh had plenty of other opportunities to score.

The opening goal was the first attack that Posh had put together and it was a simple finish for TONEY who side-footed home from around six yards. St Mirren struck the post from 25-yards before Christy Pym made a decent stop from a stinging long-range effort.

It was 2-0 to Darren Ferguson’s men ten minutes before the interval and it was a superbly made goal. Louis Reed started the move with quick feet and an intelligent pass into the path of a marauding Kanu, he ran with the ball for around 30-yards before pulling the ball perfectly into the path of EISA who netted his first goal in Posh colours.

In the second half, a changed XI defended well and apart from a free-kick which was expertly tipped onto the crossbar by Connor O’Malley, Posh were rarely troubled. In fact, Posh should have added to their tally with Siriki Dembele superbly denied from close-range after a good run and cross from Dan Butler. Joe Ward saw a shot blocked and George Cooper also went close as Posh pushed for a third goal.

Defender Jason Naismith said: “It was a good workout. In pre-season, it is about fitness, but having said that, it is good to get a win under the belt as it breeds confidence and it is also nice to get a clean sheet. We defended well as a unit and took the goals well in the first half.”