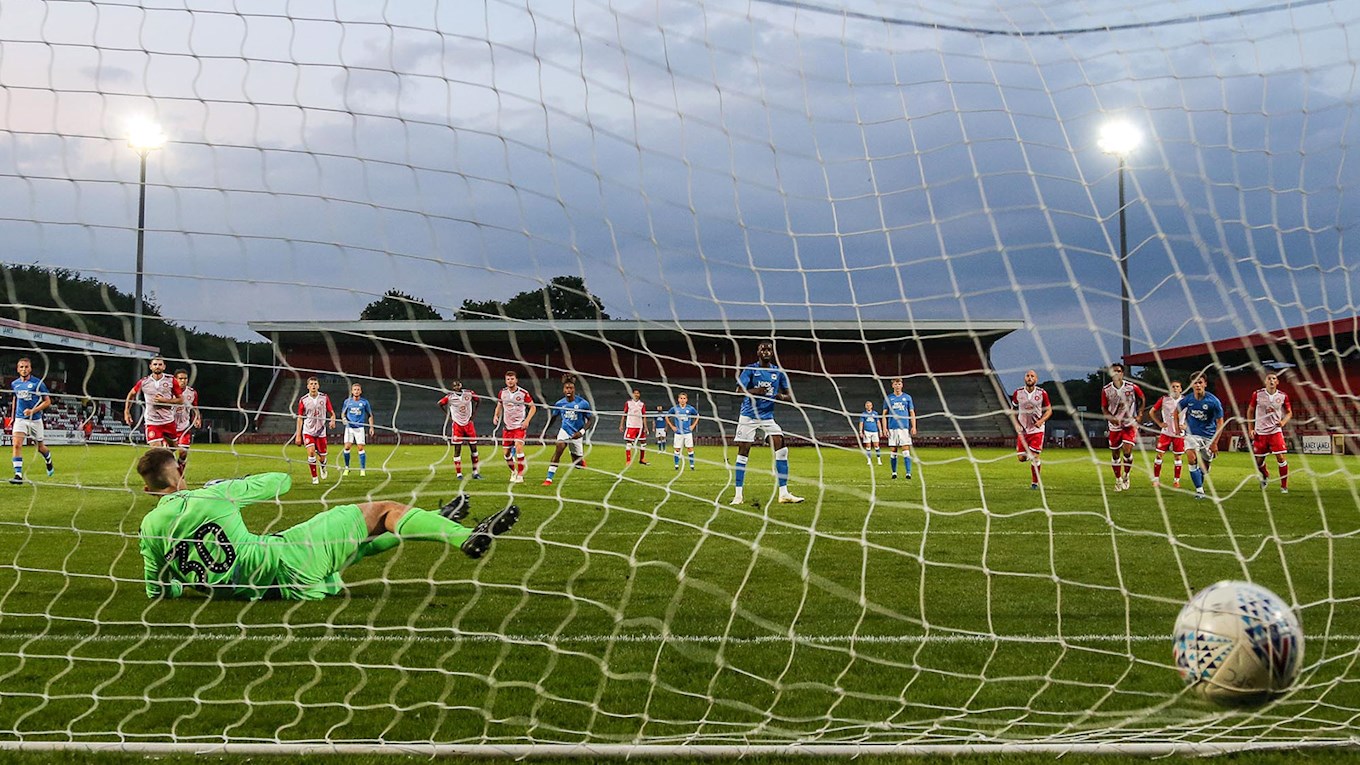 Match report for Stevenage vs Peterborough United on 16 Jul 19

Peterborough United remain unbeaten in pre-season after a 1-1 draw with Sky Bet League Two side Stevenage at the Lamex Stadium as striker Mo Eisa secured a share of the spoils with a second half spot-kick.

Siriki Dembele tested goalkeeper Paul Farman inside the opening few minutes with a good effort from long-range as Posh tried to impose themselves on the contest in the opening exchanges. However, it was the home side that got the breakthrough as a mistake at the back was ultimately punished by Emmanuel SONUPE who swept the ball past O’Malley and into the bottom corner.

Matt Godden was a whisker away from levelling the scores on 20 minutes after a fine cross-field pass from Mason, the striker seeing his left-footed volley narrowly clear the crossbar. Niall Mason saw a header go inches wide from a corner kick on 27 minutes, moments after Dembele had seen two efforts blocked after superb runs.

Kanu made a lively start to the second half, beating his full-back on a number of occasions and on 52 minutes, he tested Farman after cutting inside onto his left-foot. Posh changed their XI on the hour mark with Stevenage retaining the majority of their starting line-up.

Burrows was a whisker away from his second goal in pre-season as his 20-yard drive was deflected just wide of the far post. Newton wasn’t far away from doubling the lead at the other end, but he dragged his left-foot shot wide after good work from Sonupe.

Cooper’s corner picked out Toney on 69 minutes, but the front man couldn’t keep his header down under severe pressure. Posh got themselves level on 71 minutes as Mo EISA coolly converted from the penalty spot after Harrison Burrows had been upended by goalkeeper Farman.

Cooper was denied by keeper Farman on 78 minutes after an excellent passage of play from Posh which began from O’Hara. Pym did well to deny one of the Stevenage trialists with his legs on 82 minutes before keeping out a rasping drive from distance.