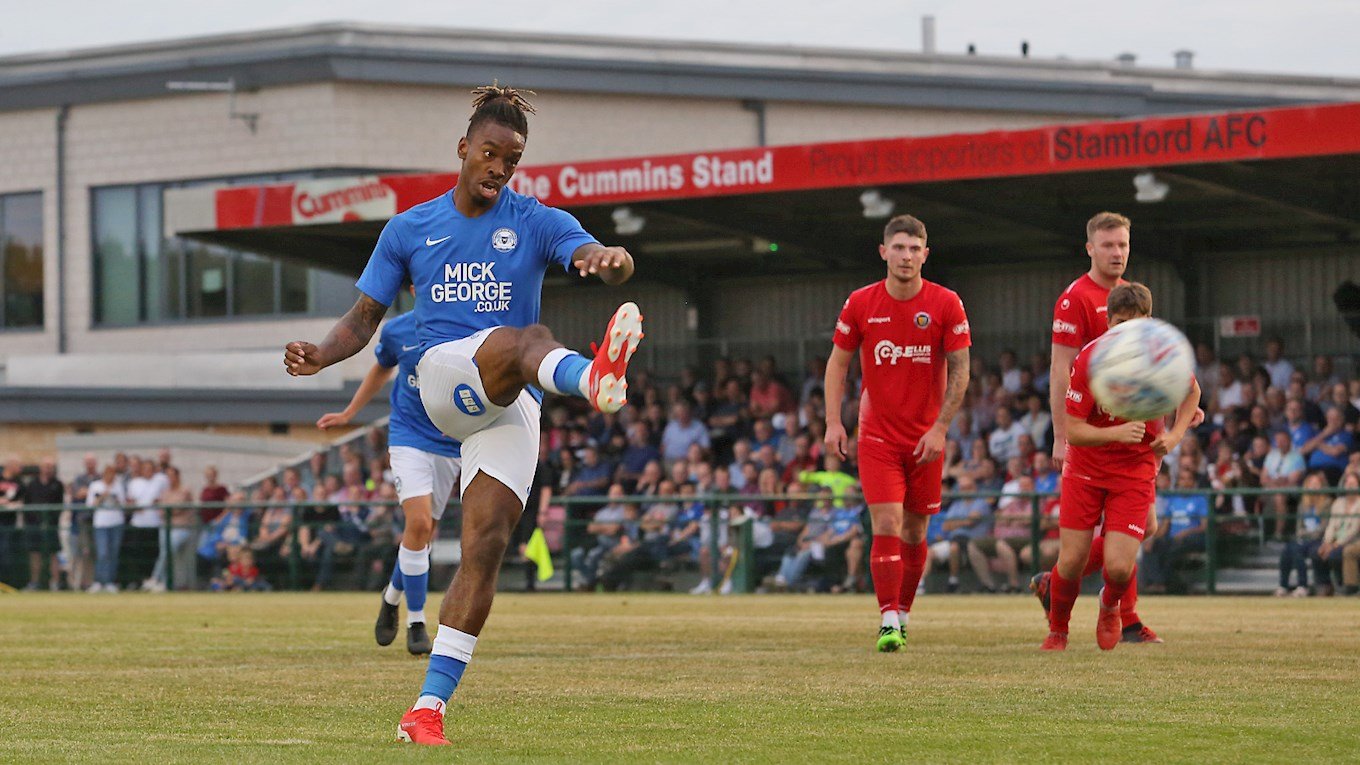 Posh made it two pre-season wins from two with a comfortable victory at Stamford.

Peterborough United chalked up their second successive pre-season friendly victory as Darren Ferguson’s men recorded a 6-0 win at Stamford in front of a record crowd of nearly 1,600 at the Zeeco Stadium.

Ivan Toney netted twice in the second half, the first with a free-kick and the second from the spot while Serhat Tasdemir and Niall Mason both found the back of the net for the first time in Posh colours.

After a relatively quiet opening, Posh soon got to grips with the contest with Siriki Dembele a constant menace on the left. His trickery created a chance for Matt Stevens who saw his powerful drive saved before Dembele himself saw an effort kept out by the keeper.

It wasn’t long before the opener though and it was superbly made by youngster Harrison Burrows who twisted and turned and teased the defender before standing up a perfect cross for STEVENS to nod home from close-range.

It was BURROWS himself who got the second, sweeping home with his left-foot after Dembele had again tormented the defence. Less than two minutes later and it was 3-0 as summer signing Niall MASON burst into the box, showed good strength to bundle the defender off the ball and coolly slotted the ball past the keeper.

Posh made 10 changes at the break with only Burrows remaining on the pitch from the first half team and it didn’t take long for TONEY to make it 4-0, curling a fine free-kick into the corner from just outside the box.

TONEY then made it 5-0 from the spot after Idris Kanu had been felled in the box after a forceful run. Toney twice went close to extending the advantage with one effort cleared off the line before Serhat TASDEMIR took advantage of a defensive error to race clear and score.

Dan Butler saw a 25-yard effort fly past the post while Jason Naismith also went close, while only Conor O’Malley in the first half was troubled, keeping out two powerful efforts. Joe Ward missed the game due to a slight hamstring injury while Matt Godden is away from the club with his mother’s funeral taking place on Thursday.