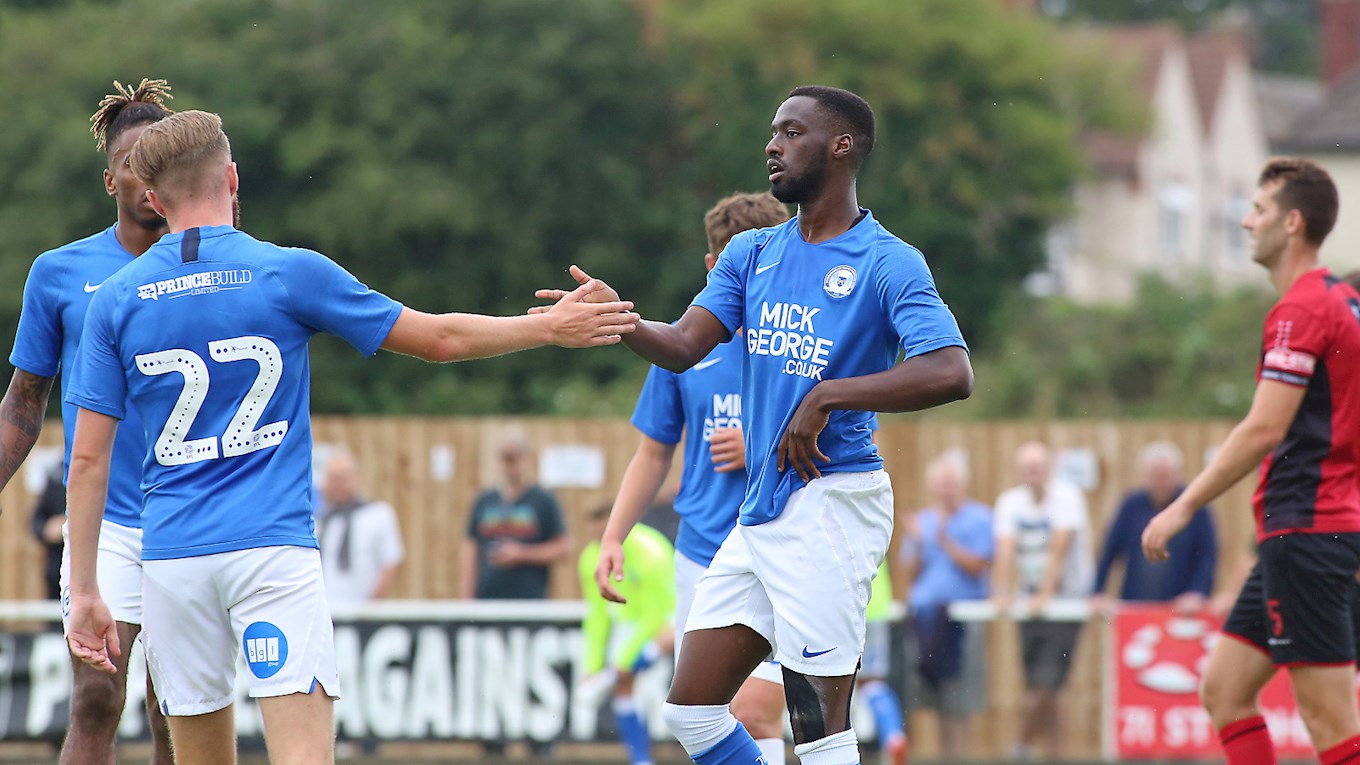 Peterborough United made it three wins from three in pre-season with a hard-fought 2-1 victory at Conference North side Kettering Town as strikers Ivan Toney and Mo Eisa continued their excellent start as a partnership by grabbing a goal apiece at Latimer Park.

Toney had a chance to open the scoring inside the opening minute but saw his half-volley fly over the bar while the striker also saw a free-kick from distance gathered by the keeper. George Cooper saw a shot blocked after a good run while Joe Ward was a menace from right-wing back as Posh deployed a 3-5-2 formation.

It was a minute before the interval that Posh got their noses in front as an excellent Ward cross was powered home at the near post by EISA leaving the keeper no chance as he headed home. Posh conceded their first goal of pre-season just before the hour mark as MEIKLE fired home a superb effort from long-range via the underside of the crossbar.

However, parity didn’t last long as TONEY fired home a low shot into the bottom corner from the edge of the box after a well-worked move. Cooper should have made it 3-1 but fired wide with his right-foot after good work from Toney while Godden headed wide and Dembele was twice denied by the keeper as Posh pushed for more goals, as was Serhat Tasdemir.

Posh changed their XI for the final half hour with Alex Woodyard catching the eye for his energy and Dan Butler for his marauding runs from the left. Posh boss Darren Ferguson was pleased with the workout. “It was higher opposition from midweek and there were some good signs and things to work on, what you would expect from pre-season.

“We worked on a different shape, but the main thing is that we have, touch wood, come out of it without any injuries and that is what pre-season is about. The team that played the last half an hour will play an hour on Tuesday at Stevenage.”