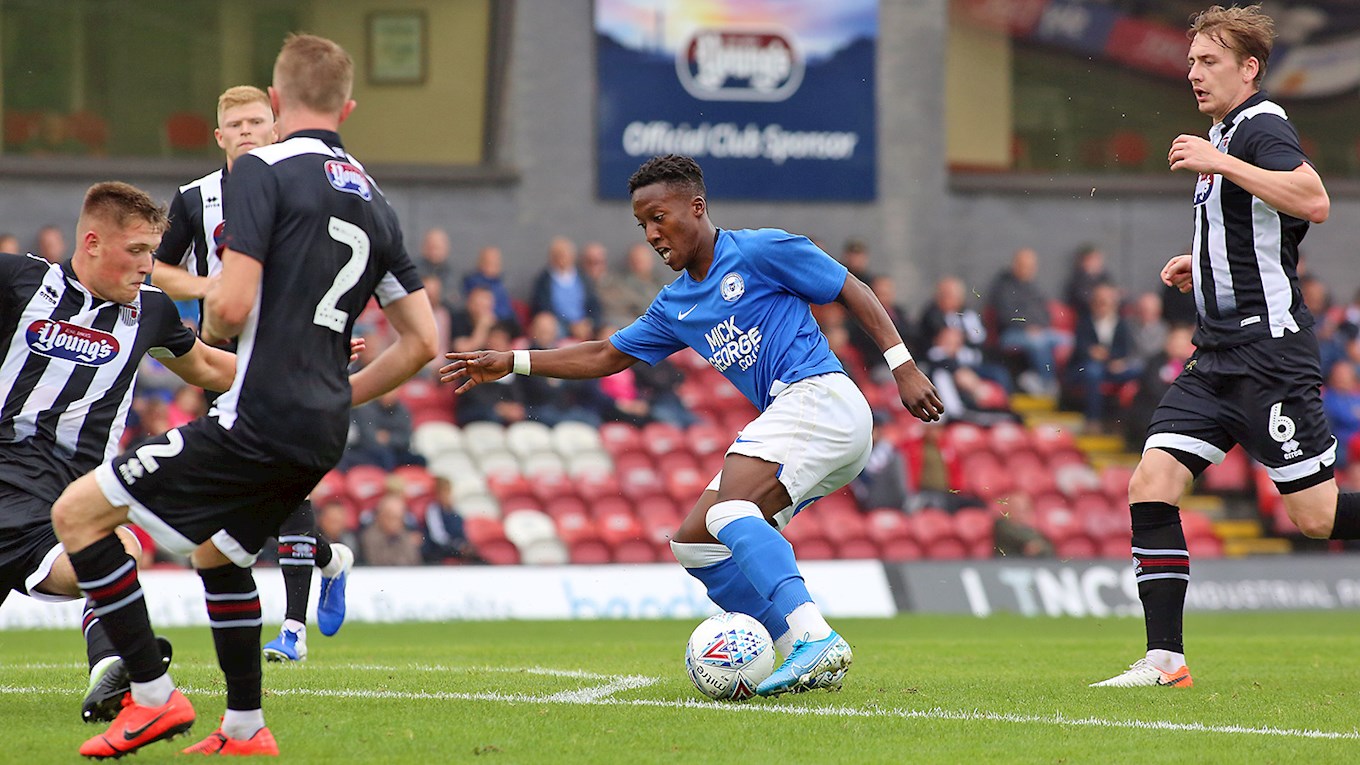 Peterborough United continued their warm-up for the new Sky Bet League One campaign with a hard-fought 2-0 win at Grimsby Town.

Darren Ferguson’s men started this pre-season friendly brightly with Siriki Dembele at the heart of the attacking threat against his former club. However, it was George Boyd who was the first to test goalkeeper James McKeown, his half volley from the edge of the box on his right-foot tipped around the post by the former Posh keeper.

Ahkeem Rose planted a header wide for the Mariners after a good cross from the right while striker James Hanson saw a looping header comfortably gathered by Pym. The deadlock was broken in fine style from club record signing Mo EISA who fired home a stupendous effort from long-range into the top corner.

Toney saw a curling effort pushed around the post by McKeown before Pym produced a superb stop to keep out Harry Davis after a well-worked set-piece from the hosts. After a fairly uneventful 10 minutes in the second half, it was goalkeeper Pym who was called into action as he kept out a Harry Davis header.

Davis then saw a looping header strike the bar before Pym produced two excellent stops to keep out Matt Green and Hanson before getting a fingertip to a curling effort from substitute Max Wright. It was Posh who got the second goal though as DEMBELE twisted and turned before rifling a left-foot shot high past McKeown.

Manager Darren Ferguson said afterwards: “It was a competitive game and a completely different game to the test at Reading. This was physical and Christy had to make too many saves for my liking but he did it well. We looked a little tired in the last 10 minutes which I expected after the schedule and the heat in midweek.”