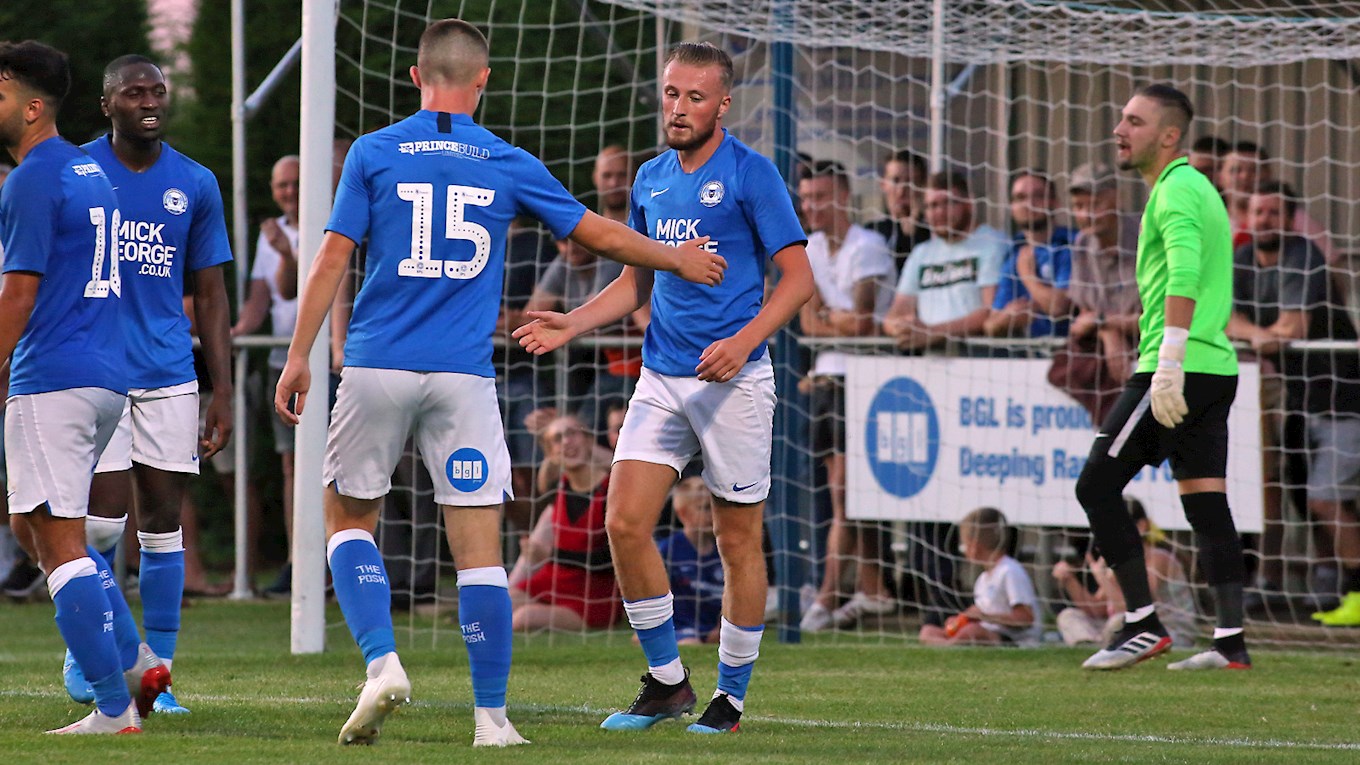 George Cooper staked a claim for a first team berth with four goals as Posh ended pre-season with a convincing win.

Peterborough United ended their pre-season friendly campaign with a resounding 8-1 victory over Deeping on Monday evening with midfielder George Cooper scoring four and Louis Reed bagging arguably the goal of July with a stunning strike in the first half.

It didn’t take long for Posh to open the scoring, Idris KANU, playing down the middle, tapping home from close-range after good work from Frazer Blake-Tracy down the left. Posh pushed for a second goal but it was the hosts who levelled as MOONEY fired home from just inside the box past Conor O’Malley.

The lead was restored in some style by REED who fired home an unstoppable half volley from distance into the top corner after Deeping could only half clear a cross from the right. On the stroke of half-time, Posh extended their lead as COOPER got his first of the night, curling home with his left-foot after the hosts backed off.

COOPER made it 4-1 at the start of the second half, drilling a low left-footed effort past Elsom and into the bottom corner. Rhys Bennett saw a downward header from a corner bounce over the top before COOPER completed his hat-trick as he finished off a superb flowing move with a controlled first time finish.

KANU grabbed his second of the night as he toe-poked past the keeper after another eye-catching move before COOPER grabbed his fourth as he twisted and turned before lifting the ball over Elsom with his right-foot.

The final goal of the night was made very much in the Academy as two substitutes combined to great effect, Archie Jones with a wonderful pass to release Brad ROLT who slotted the ball past Elsom. Flynn Clarke was denied by Elsom and Cooper sent an audacious chip over the top after a clever flick from Rolt as Posh pressed for goal nine.

Elsom had earlier made saves from Reed and Tasdemir while O’Malley was not really called upon to make any serious saves following Deeping’s goal.