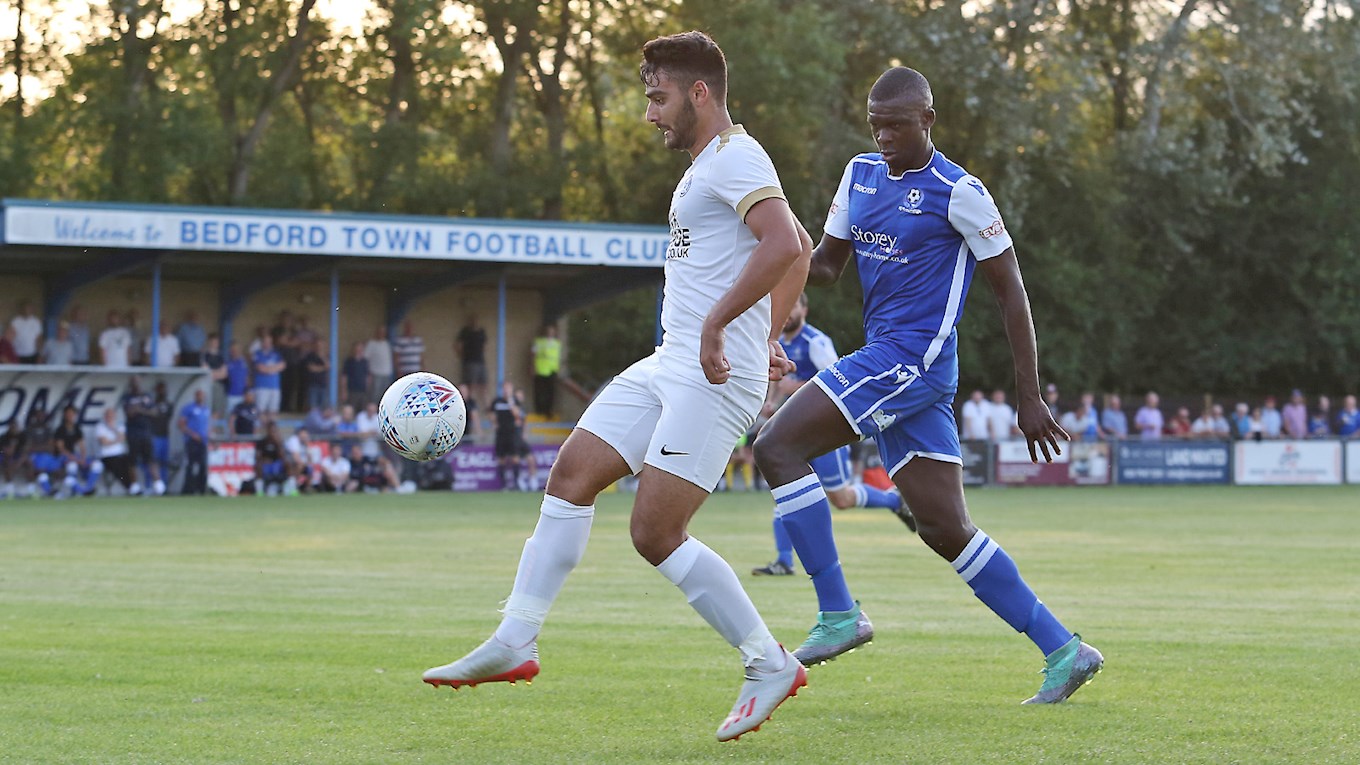 Peterborough United continued their good form in pre-season with a 3-0 victory at the Eyrie against non-league Bedford Town on Tuesday evening with summer signing Serhat Tasdemir taking his goal tally to four during pre-season with a first half brace.

TASDEMIR opened the scoring with a close-range finish after a cross from Joe Ward caused a bit of havoc and within two minutes it was 2-0 to Darren Ferguson’s men as Mathew STEVENS converted from close-range after a mistake from the Bedford goalkeeper allowed Tasdemir to create the opportunity.

Stevens wasted a number of opportunities to extend the advantage, his attempt to round the keeper was thwarted by a heavy touch and he then toe-poked wide. Stevens was then denied by the keeper following a cheeky chip as Posh dominated the first period.

The third goal did arrive before the interval as TASDEMIR stroked home to complete a fine move involving George Cooper and Frazer Blake-Tracy. After the interval, chances were not as regular, but the advantage could and should have been extended with Idris Kanu a whisker away from converting Blake-Tracy’s low centre and Stevens seeing an effort saved.

Mark O’Hara, who played well at centre back before moving into midfield, saw a close-range shot saved by the legs of the keeper before George Cooper struck the crossbar with a curling effort. Neither Aaron Chapman or Conor O’Malley were severely tested and youngsters Archie Jones and Mikkel Fosu both came on during the second half.

Boss Darren Ferguson was pleased with his side’s effort. “The lads did well. I was pleased with them tonight. Their attitude was good and we scored some good goals. We have another test at Reading, but the pleasing thing from this performance was the minutes we got into the legs and touch wood, no injuries.”