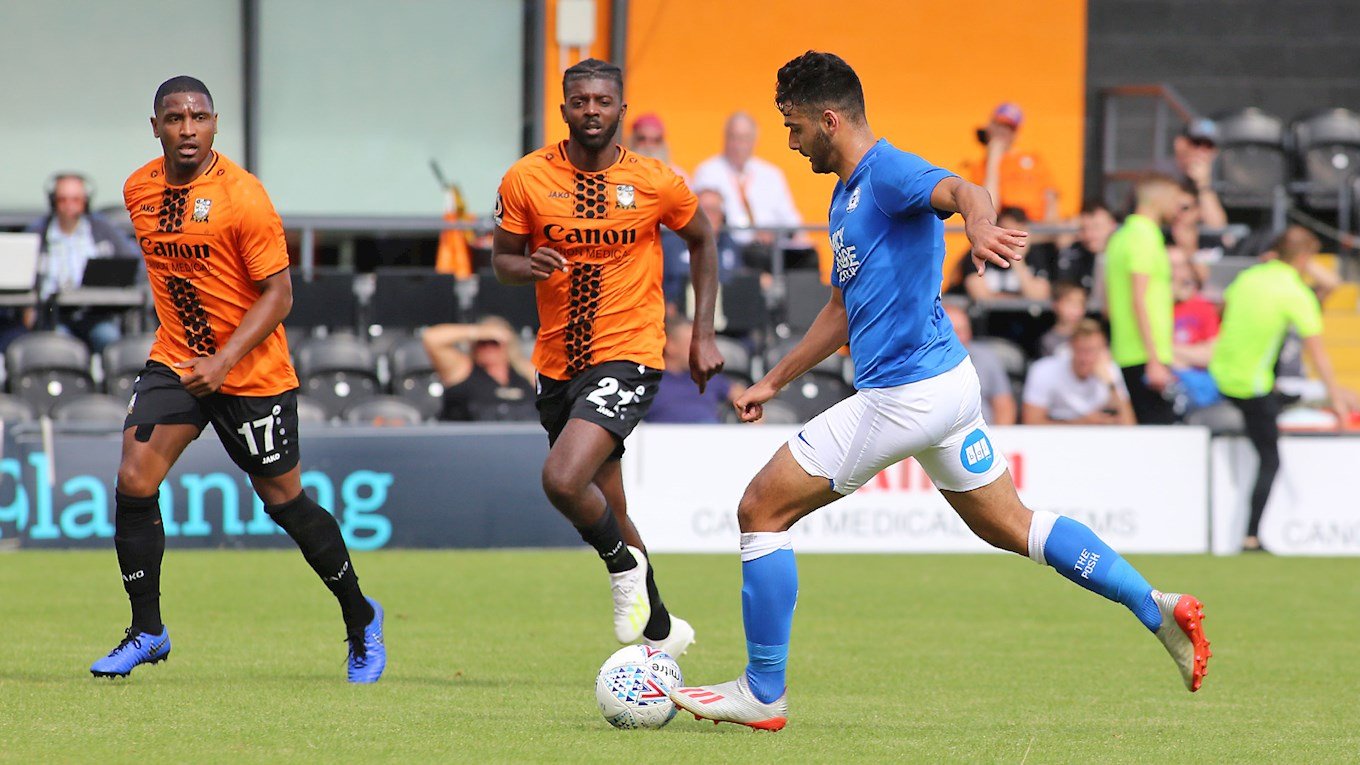 Match report for Barnet vs Peterborough United on 20 Jul 19

Teenager Serhat Tasdemir scored a stunning goal as Peterborough United beat Barnet 3-1 at the Hive with manager Darren Ferguson describing his side’s 90 minutes as ‘pleasing, but with things to work on.’

Posh put together a flowing move inside the opening 10 minutes as Kyle Barker, George Cooper and Joe Ward all combined to create a chance for striker Ivan Toney, but on the stretch, he couldn’t guide his shot on target.

Louis Reed saw a free-kick from range deflected wide of the target on 13 minutes with Toney seeing his looping header gathered by Loach from the resulting set-piece. The hosts were forced into a change on 18 minutes as Ephron Mason-Clark limped out of the action to be replaced by Medy Elito.

The deadlock was broken on 24 minutes and it was a mistake from goalkeeper Christy Pym, who was closed down in possession and AKINOLA robbed him and side-footed the ball into the empty net. Kanu saw a shot blocked on 29 minutes and then Toney was superbly denied by Loach as Posh pressed for an equaliser.

Posh levelled the scores on 34 minutes and it was a superb equaliser, Ivan TONEY curling an excellent free-kick from long-range around the wall and into the back of the net. Posh were close to getting themselves in front on 40 minutes as Cooper corner was met powerfully by Beevers but his header crashed against the crossbar before being hacked to safety.

George Boyd played a wonderful pass inside the opening 10 seconds of the second half to Dembele, but his shot was blocked. Jack Taylor fired wide after a decent Bees move on 49 minutes as Posh were caught out down the left.

Posh got their noses in front on 54 minutes as a long ball forward from Kent picked out DEMBELE, he took a touch before coolly lifting the ball over the advancing Loach. Dembele was a whisker away from making it 3-1 moments later, but his drive fizzed wide.

Loach was well placed to keep out a Boyd effort but the goalkeeper could do nothing moments later as summer recruit Serhat TASDEMIR produced a moment of magic, finding the back of the net via the inside of the post from long-range. A truly stunning effort from the former AFC Fylde man.

Loach was called upon again on 68 minutes to beat away a well-struck Eisa free-kick after the striker he himself had been felled. Boyd had a chance to get his name on the score-sheet moments later, but he couldn’t keep his left-footed effort down from just outside the box.

Eisa fired wide after racing onto a Woodyard pass on 76 minutes, the former Cheltenham man not able to squeeze his finish past the keeper under pressure from Santos. Eisa then saw a shot blocked before Loach pulled off an excellent stop to deny Tasdemir from close-range.

Boss Ferguson said afterwards: “We played with a much better tempo in the second half. We were off the pace in the first half, we didn’t run enough or play with enough energy and they caused us problems, but we were better in the second half and scored some good goals. Serhat is only 18, he has had a good pre-season and will get better.”