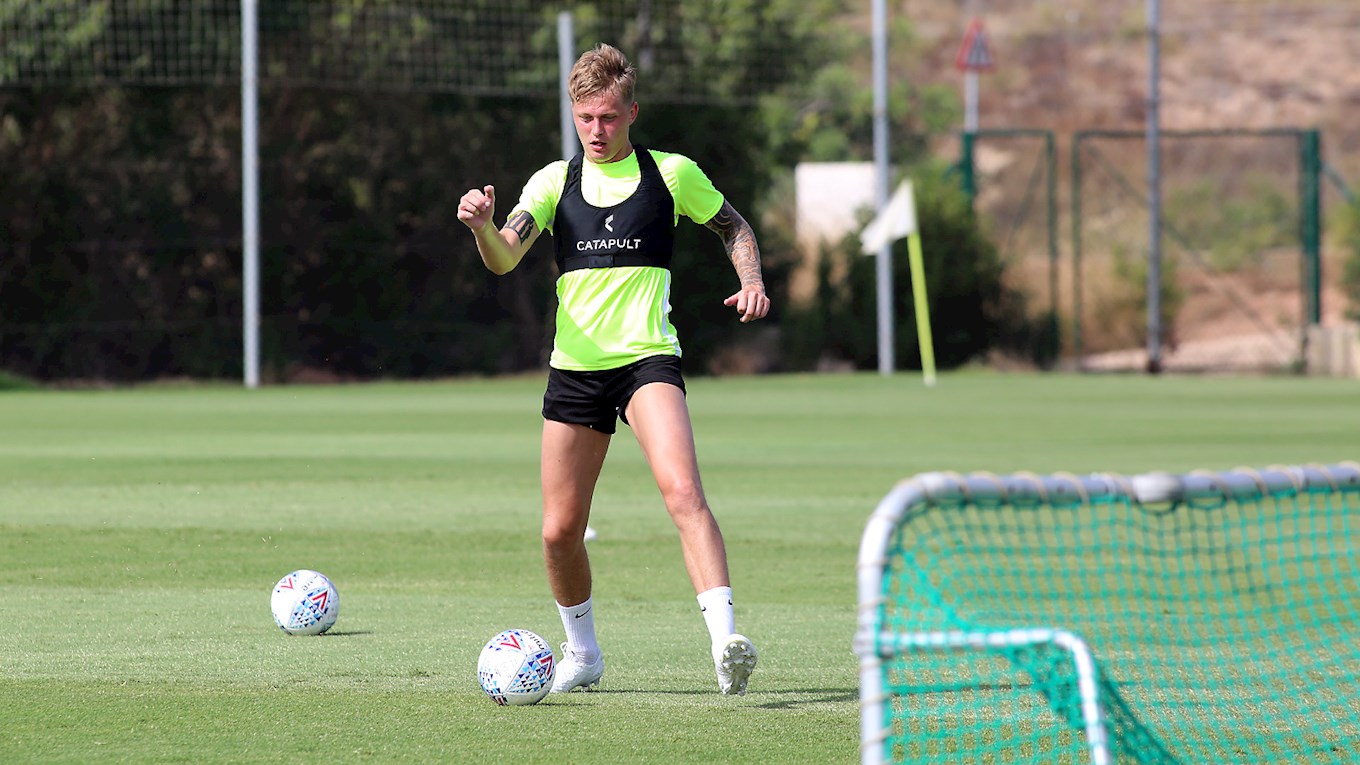 Peterborough United face their first pre-season test on Saturday evening as Darren Ferguson’s men come up against Scottish Premier League side St. Mirren in a friendly fixture at the club’s La Manga training base in Spain.

One of eight summer signings, Frankie Kent, is looking forward to the first of a number of friendly fixtures over the next few weeks, but knows the weather conditions will play a part with temperatures nudging 30 degrees.

“It will be tough because you have to take into account the weather, but we have trained well out here for the last few days and we are looking forward to it. I am sure it will be a blow, but it will be good to get 45 minutes under our belt.

“I have really enjoyed it so far. The lads have made me feel welcome and the banter has been flying, mainly in my direction for my accent, but not a lot I can do about that! It has been good getting to know the lads out here and everyone is getting on well.

“The training has been tough, but you expect that in pre-season. We have had a little bit of down-time, I think there was eight of us watching Love Island in the room earlier in the week. I think we all know who is going to win it,” Kent said.

The central defender joined Posh from Sky Bet League Two side Colchester United in the summer for an undisclosed fee and will be part of a new-look defence for the upcoming campaign with goalkeeper Christy Pym, full-backs Niall Mason, Frazer Blake-Tracy and Dan Butler joining fellow centre half Mark Beevers all moving to the Weston Homes Stadium.

The game against St. Mirren kicks off at 7pm local time (6pm in the UK) and you can follow updates on the club’s social media channels.