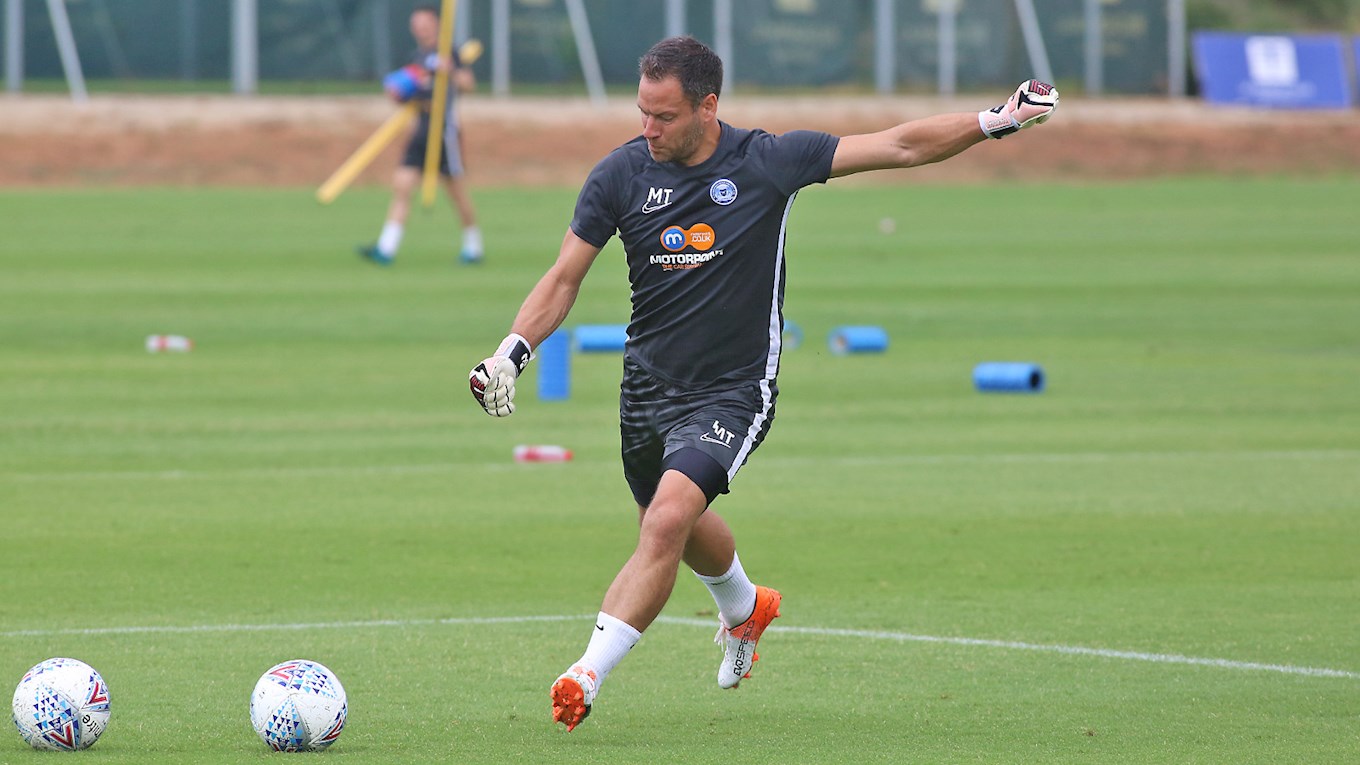 Mark Tyler happy at Posh after signing deal in the summer.

The football club’s Hall of Fame has already got a number of reserved stickers on it. Aaron Mclean, who extended his stay in the summer, is definitely a future inductee and the same can be said of Mark Tyler who also committed his future to the club as Goalkeeping Coach during the close-season.

With over 450 appearances under his belt (he didn’t want to use the R word during the interview but did confirm it takes him a long time to recover from matches nowadays), he is part of a coaching staff tasked with helping to return the club back to the Championship.

Tyler was pleased to commit his future during the close-season and is already enjoying being back to work with Conor O’Malley and new signing Christy Pym, as well as two under 18 goalkeepers back in England. “Peterborough was my first club and I made a lot of appearances here so it was an easy decision to make in the summer.

“The club has a really good atmosphere at the minute. The manager has recruited well and the coaching staff get on well. I have been working with Conor for a few years now and Christy joined us during the summer. Christy is a good age, he is good with his feet, he is perhaps not the biggest, but I would like to think that height isn’t too much of an issue as long as he is aggressive and he is definitely that.

“We have been working the keepers hard both back in England and out here in Spain. They join in with the fitness work with Craig (Smith) because that is a big part of it, but obviously we have our own sessions to do to build them ready for the games.

“I was pleased with the win on Saturday. Obviously a clean sheet is always good, but there was good communication as well and that is important to have that relationship with your defenders. That is always worked on and will continue to develop during the pre-season games.”