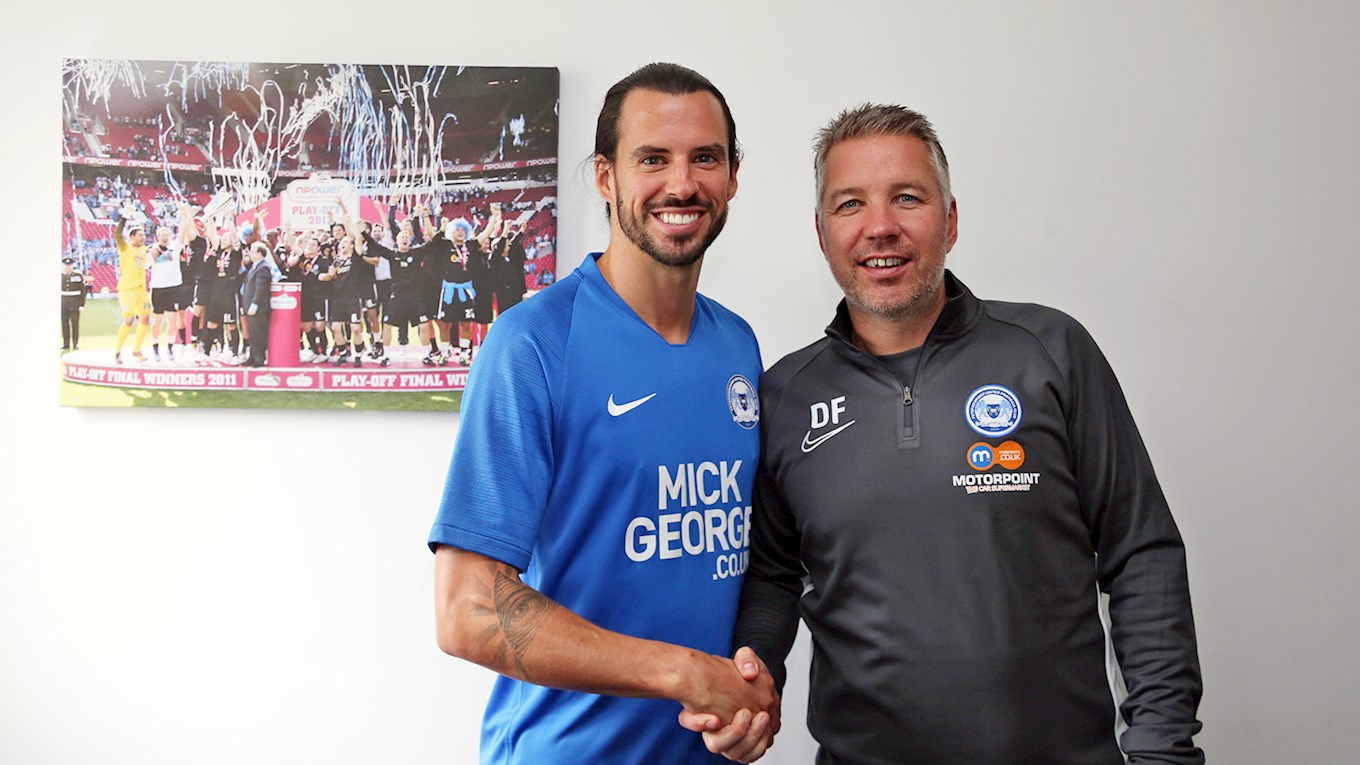 Peterborough United have made a huge statement with the signing of George Boyd.

Peterborough United have made their ninth signing of the summer and it is massive. The football club are delighted to announce the return of a legend with George Boyd agreeing a move back to the Weston Homes Stadium, penning a two-year deal at the club that gave him his first opportunity in the EFL.

Boyd (33), is arguably one of the greatest players to wear a Posh shirt, and after spells away from the club in the Premier League with Burnley and Hull City and the Championship with Sheffield Wednesday, makes his return to the club after completing the paperwork at the Mick George Training Academy.

Manager Darren Ferguson was thrilled to get the deal over the line and outlined his plans for the man who will forever be a fans favourite. “George and I have been talking for a while over the summer about the possibility and to be honest, I didn’t think it would be a possibility, but we kept the dialogue open and here we are.

“I chatted to him about where I wanted him to play and what I would be bringing him back for and yes that is to help us get promotion. He will be back here to play in the middle of the park. I did say to George many years ago that I felt he would end up playing in central midfield because he has the ability to do so.

“It is a fantastic signing for the football club. George has come because he wants to get another promotion. He sees what we are trying to do, he wants to enjoy the last part of his career, we have signed him on a two-year deal because he is good enough to play in the Championship if we get there.

“I want to thank the chairman the owners for getting it done. It is great to have him back. I have never been shy in saying that he is the best player I have had as a manager. We have got a very good relationship and that has helped in bringing him back to the club.”

Boyd made just under 300 appearances for the football club, scoring 75 goals and those goals were pretty memorable. A stunner on his debut against Boston United from 35-yards and an even better strike against Huddersfield Town from even further out will forever live long in the memory as well as his performance at Old Trafford in the play-off final.

A firm fans favourite, not just for the impact he had with his goals and assists, but also for his work-rate and ability to change a game, Boyd will wear the number 21 shirt on his return. The Posh Club Shop is open now where you can purchase the new shirt and number on the back. You can also buy the shirt online at www.theposhonlinestore.com.

Season tickets for the 2019/20 campaign are on sale NOW at www.theposhtickets.com and via the Ticketmaster hotline 0844 847 1934 (calls cost 7ppm plus your network access fee). The Ticket Office is open throughout the week from 9am-5pm (10am-5pm on Fridays).

You can also purchase Flexi-Tickets for the new campaign, with further information on how you can buy here: https://www.theposh.com/news/2019/june/10-game-flexi-ticket-launched/