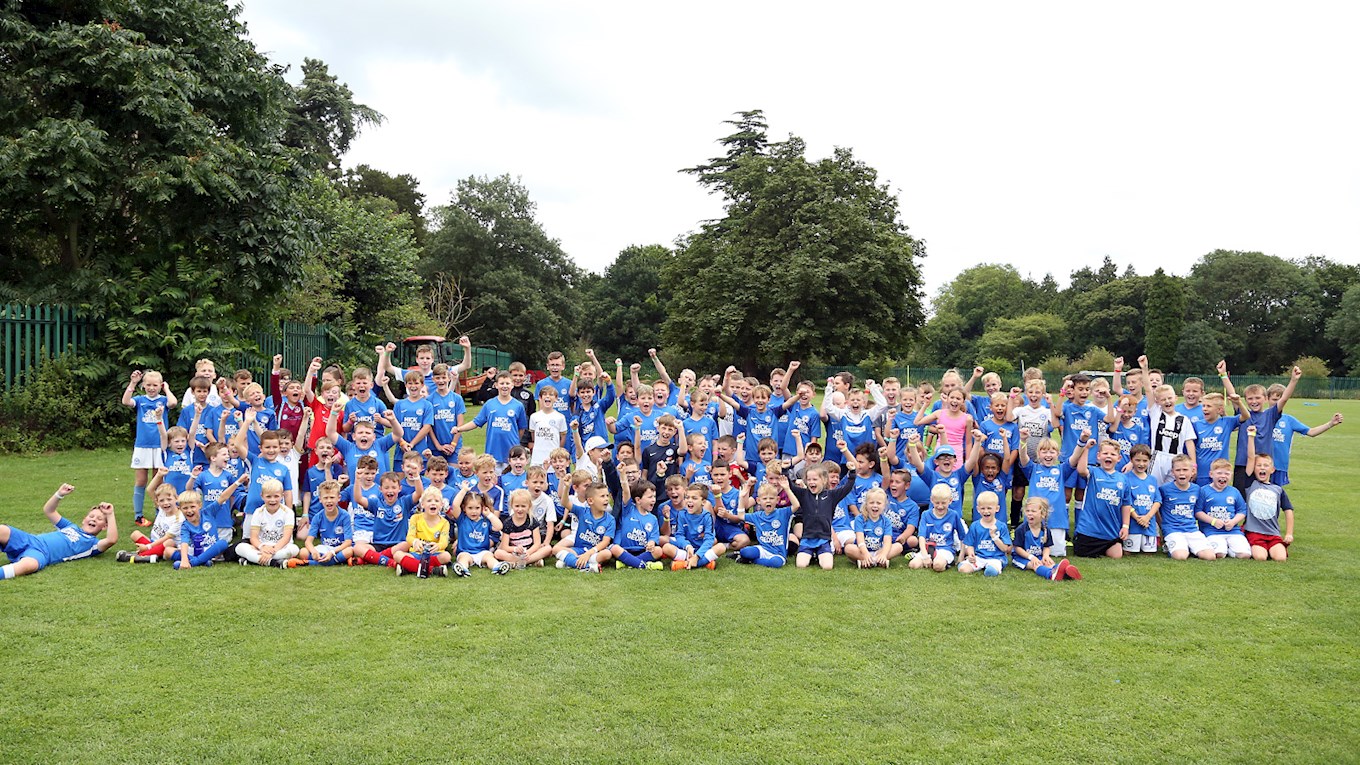 On Tuesday afternoon, over 150 under 12s arrived at the Mick George Training Academy for the inaugural First Team Experience Day and despite the changeable weather (and quite a heavy downpour), it didn’t dampen the spirits as the youngsters were put through their paces by first team, Academy and Foundation management and coaches.

The event, which was the brainchild of co-owner Jason Neale, was designed to give under 12 season ticket holders the opportunity to enjoy a taste of what it would be like to be a first team player. So after registration and a visit to the dressing room at the training ground, they were given a warm-up by first team Fitness and Conditioning Coach Craig Smith and Academy Lead Sports Science coach James Baum.

The youngsters were then split into groups for the session stations with different members of our behind the scenes coaching staff including Darren Ferguson, Gavin Strachan, Mark Tyler, Aaron Mclean, Matthew Etherington and Simon Davies.

Once the sessions had concluded, the youngsters were then taken to the first team canteen where they were fed by the chef. Peter Burrow and Mick the Skip were in attendance throughout the day alongside the Mick George inflatable in the Fan Zone area.

Marketing Executive Jake Baxter said: “It was great to see so many smiling kids yesterday and we really enjoyed giving them a real money can’t buy experience. Most importantly of all it was great to see a real sea of blue out there on the pitches with so many youngsters sporting their Posh shirts.”