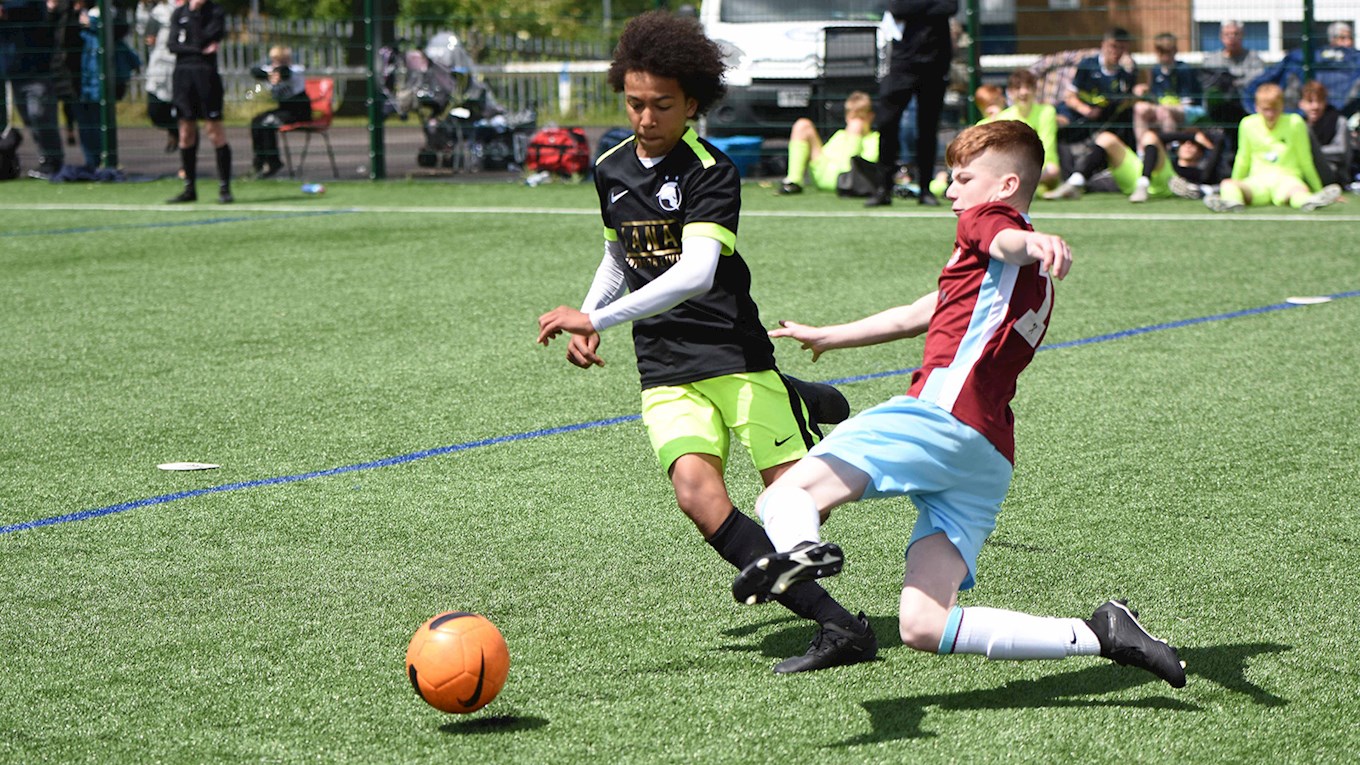 On Sunday (16th June) the Peterborough United Foundation held our first ever summer tournament at the Mick George Training Academy, which was a huge success.

The morning consisted of the U13s & U15s tournament whilst the afternoon hosted the U12s & U14s tournament.

The two sides were inseparable in the final, however Peterborough Nene ‘A’ managed to walk away 2-1 winners against Oundle Town ‘B’ after an incredible performance and some outstanding saves from their goalkeeper Lennon who won U13s player of the tournament.

Hammers ‘A’ managed to finish top of the U15s group, going on to beat 4th place CB in the semi-final. After finishing 2nd CA took on 3rd place Hammers ‘B’ in a game which finished 4-1 win to CA.

A closely contested final could only be separated by one goal, as Cambourne Spartans ‘A’ won the trophy with a 3-2 win over Hammers ‘A’, and a man of the match performance from player of the tournament Harley.

The U14s semi-finals were solely occupied by March Athletic & Yaxley sides. 1st place March Athletic Red took on fellow March Athletic Blue while an all Yaxley semi-final guaranteed it would be a March-Yaxley final as Yaxley Blues took on Yaxley Reds in the alternate semi-final.

With March Athletic Red and Yaxley Blue progressing to the final, there was everything to play for. After an intense final March Athletic Red walked out victorious and picked up the silverware, aswell as Harry who received player of the tournament.

It was great to see so much talent on display at our first summer tournament, and we would like to thank all the parents, players, managers and everyone else who helped to make the day a success. All teams gave their all and can be proud of how they represented their club. We are looking forward to hosting further tournaments in the future for even more local teams and age groups. If you are a grassroots team who would be interested in taking part in our future tournaments, please email Michael.Johnson@theposh.com