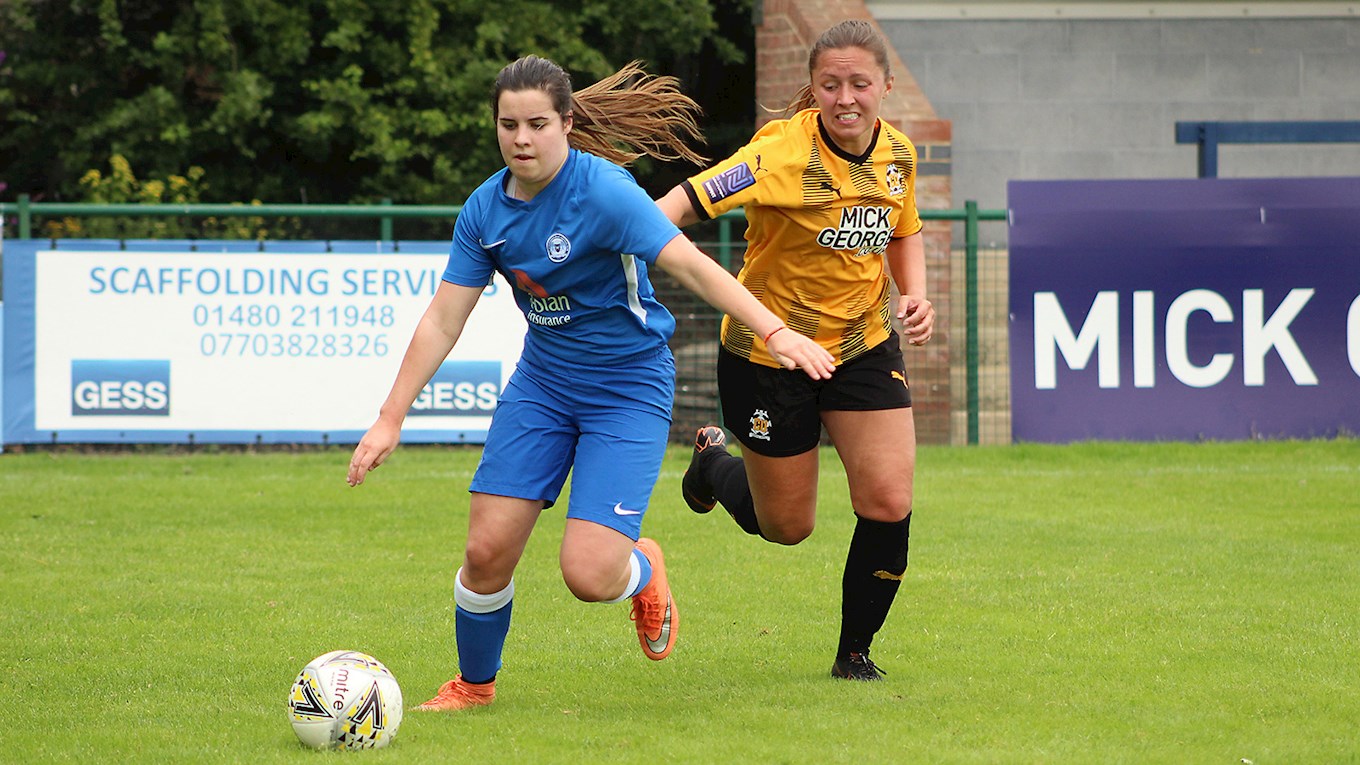 The Peterborough United Ladies put in an excellent display, but were on the wrong end of five goal thriller.

The Peterborough United Ladies team may have come away from St Neots Football Club defeated in the local derby with Cambridge United Women, but they will take plenty of positives from the performance in their first pre-season friendly of the campaign.

The Us have already begun their friendly schedule and they came out of the blocks quickly, taking the lead on four minutes through Jess Driscoll, a former Posh player, squeezing the ball home from close-range.

Cambridge had the opportunity to extend their advantage moments later from the spot but goalkeeper Sophie Powell made a good save with the rebound ruled out by the referee. Megan Parrett saw an effort from long-range clear the crossbar on 20 minutes as Posh began to get on top in the contest.

Powell was called upon to deny Cooper with her legs and that save was a big one as not long afterwards, Posh deservedly got themselves level as Hannah PENDRED lifted the ball over the advancing Smith after a well-constructed move.

Just before the interval, skipper Kier Perkins was superbly denied by the keeper after racing clear and Posh were punished for that profligacy as minutes later, deep into first half stoppage time, top scorer for the Us last term, Molly Cooper put the hosts back in front.

On the hour mark, Perkins struck the crossbar with a tremendous effort before Laura Dodwell, excelling on the left hand side of midfield, was denied by Smith after some excellent skill to beat the defender. McGuigan and Challis both saw efforts clear the crossbar before Dodwell saw her powerful effort tipped onto the crossbar from long-range.

However, despite the dominance, both in terms of possession and chances, it was Cambridge who got the fourth goal in the game as substitute Blanchflower raced clear and slotted the ball past Powell.

Stacey McConville saw an audacious chip clear the bar and also saw a shot from 25-yards go wide while Parrett drilled her shot from an acute angle wide of the far post. Posh did get their reward for their determination two minutes before the final whistle as McCONVILLE slotted home a rebound after Perkins had again cracked the bar.