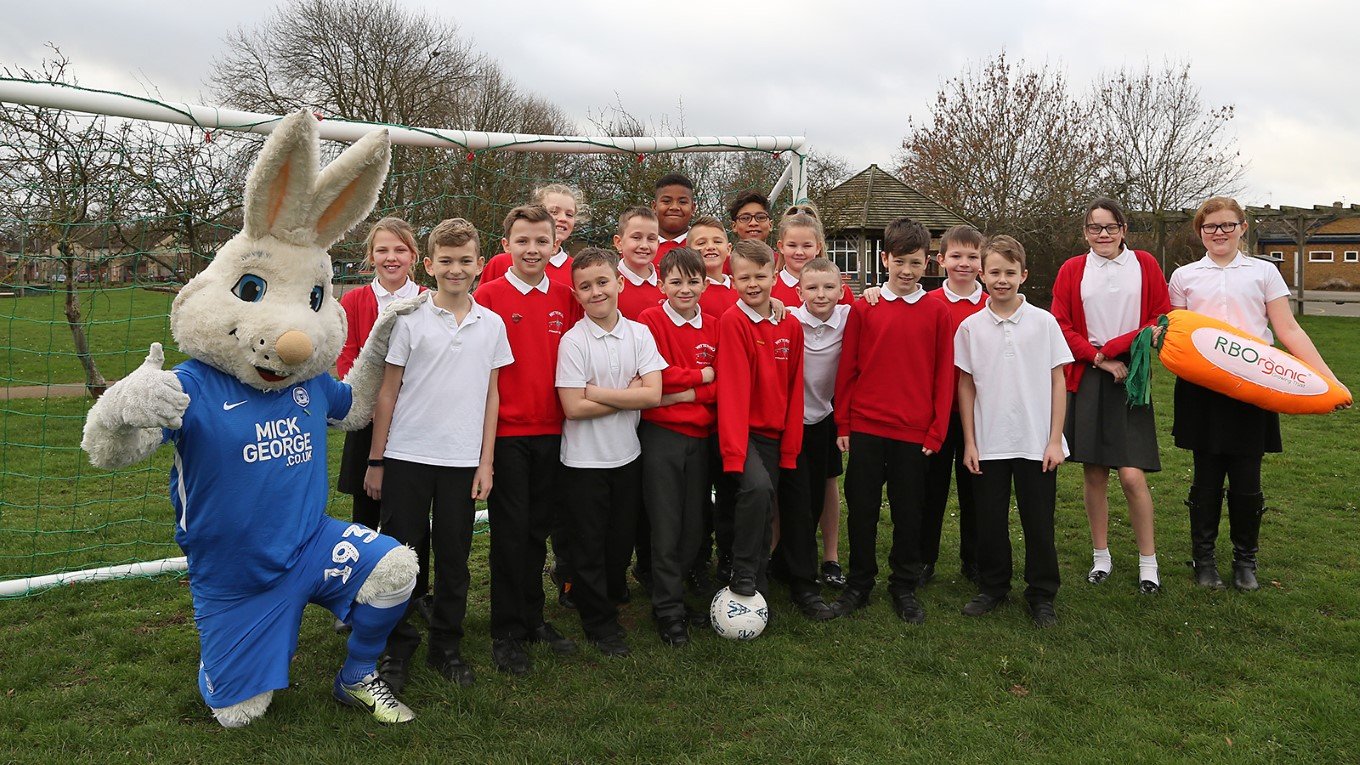 Peter Burrow the star attraction at Wittering Primary School as the Schools Initiative continued this week.

The Peterborough United Schools Initiative continued on Wednesday with a visit to Wittering Primary School and the football club would like to thank everybody at the school for the warm welcome that we received.

Mascot Peter Burrow was hugely popular, spending time with the youngsters at the school before joining members of Year 6 for a photo on the football field. Press Officer Phil Adlam said: “The headteacher at Wittering is a massive Posh fan and you could really get a sense of his enthusiasm for the football club in the assembly, which makes a massive difference to us.”

All of the pupils at the school received a FREE ticket to a forthcoming fixture at the ABAX Stadium with an adult also admitted free of charge.