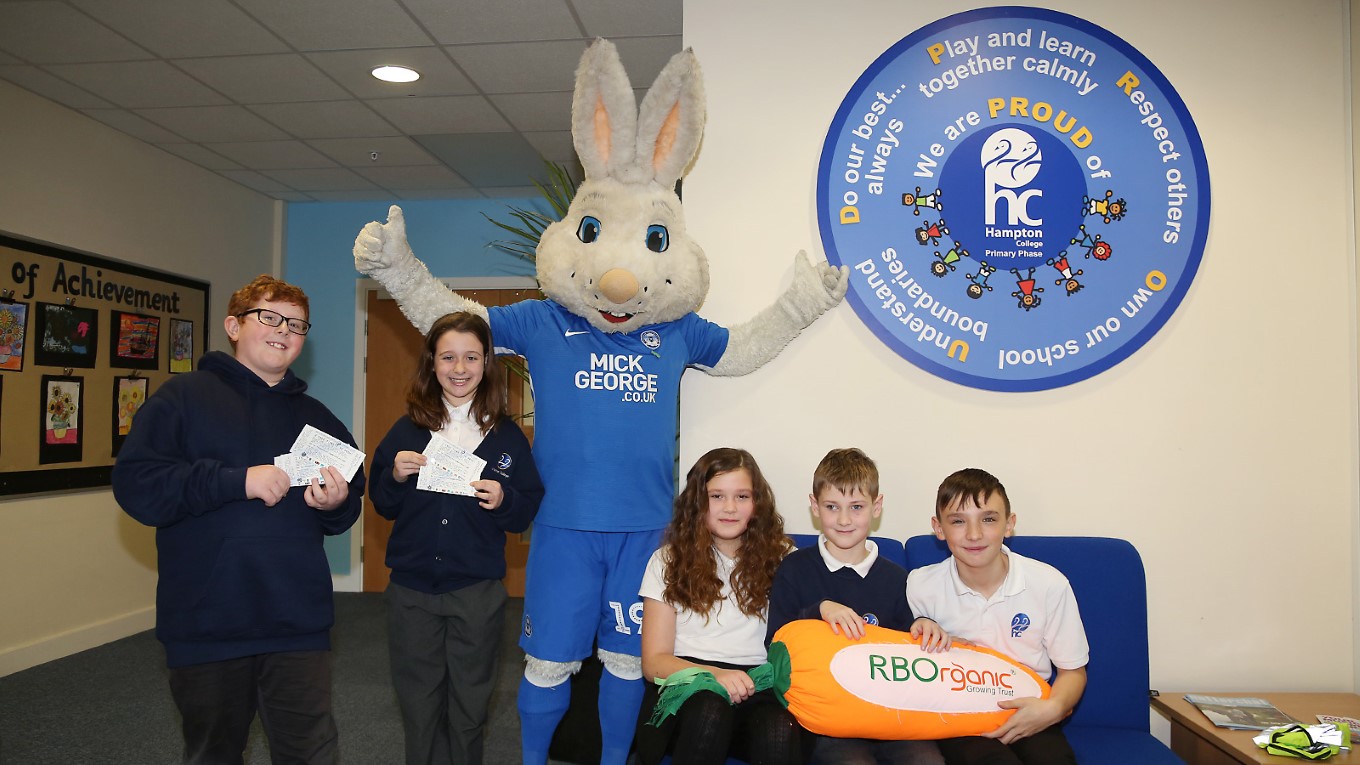 After the Christmas break, the Peterborough United Schools Initiative is back in full swing with four visits prior to Saturday’s Sky Bet League One clash with Rochdale including an assembly at Hampton College Primary School on Tuesday morning.

Every child at the school received a FREE ticket for a forthcoming fixture at the ABAX Stadium with an adult also admitted free of charge. Press Officer Phil Adlam said: “After releasing the signing of Lee Tomlin, we hot footed it across to Hampton College Primary School with mascot Peter Burrow and once again he made a big impact on the youngsters.

“The school were extremely welcoming, we were able to showcase the football club and hopefully pupils at the school will take up the free tickets and come and watch us play at the ABAX Stadium. It might be a new year, but we have plenty of schools to visit on the agenda between now and the end of the season and we are looking forward to it.”