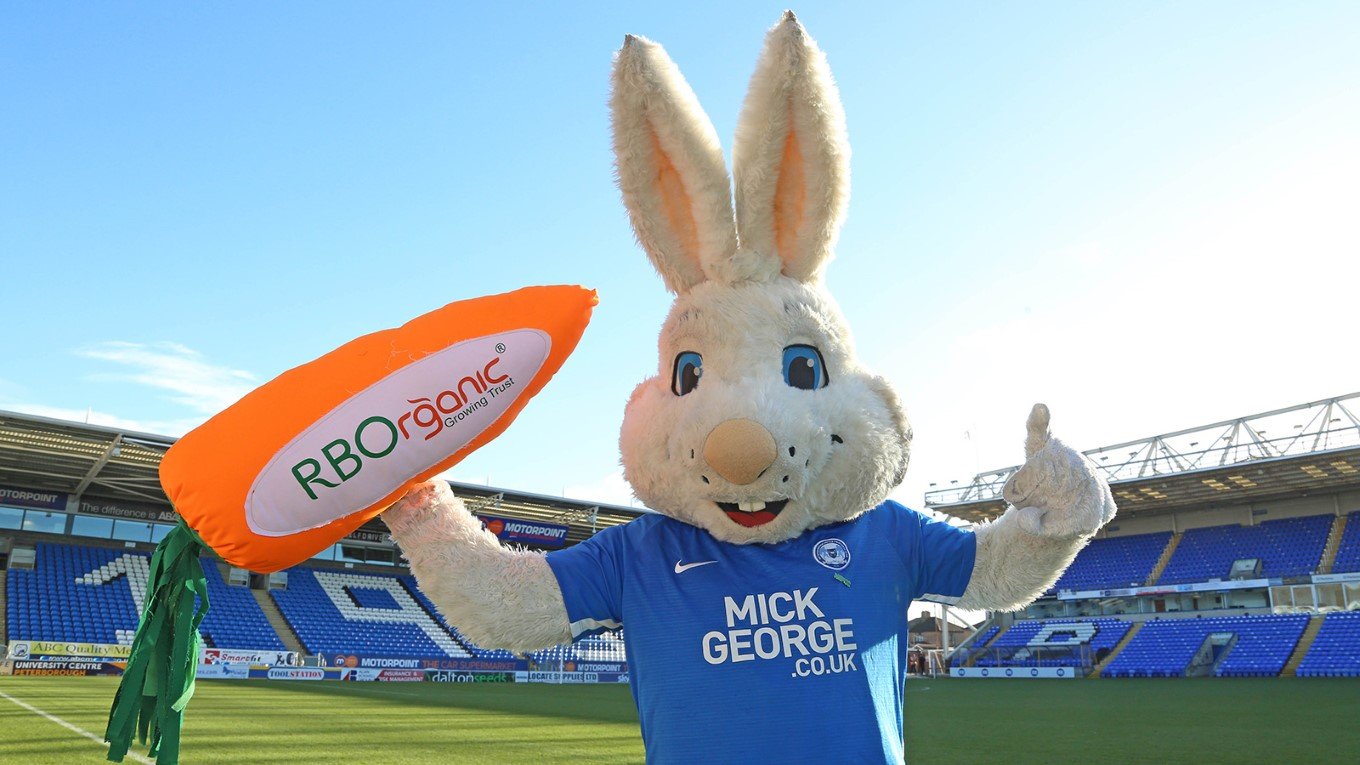 Peter Burrow now has a sponsored carrot thanks to RBOrganic.

Peter Burrow is arguably one of the hardest working mascots in the game. From entertaining supporters on match day, to engaging with youngsters at Primary Schools across the region as part of the football club’s Schools Initiative, most people will recognise our popular rabbit.

Well, thanks to local company RBOrganic, who are based in Yaxley, Peter has a brand new carrot & it’s Organic! He is one hungry rabbit! Press Officer Phil Adlam, who accompanies Peter on his visits to local schools said: “Peter has been working extremely hard within the community and it is great that such a wonderful local family company has decided to put their name on his carrot. It certainly promotes healthy eating!”

RBOrganic Ltd has its roots back in 1997 when Andrew Burgess first started Organic Farming in Yaxley , in partnership with his 2 Brothers Jason & William & other Organic farming friends.  RBOrganic  has been growing and specialising in Organic vegetables ever since & now supplies most supermarkets throughout the UK.

Currently grown and produced on farm are root crops including Carrots, Onions, Beetroot and Potatoes. RBOrganic  is a part of the Burgess Farms Business which began in Whittlsey in 1898.  RBOrganic is a flagship Organic vegetable growing business working with nature to produce quality vegetables for its customers & is constantly looking to recruit skilled local workers.

We would like to thank RBOrganic for their support!