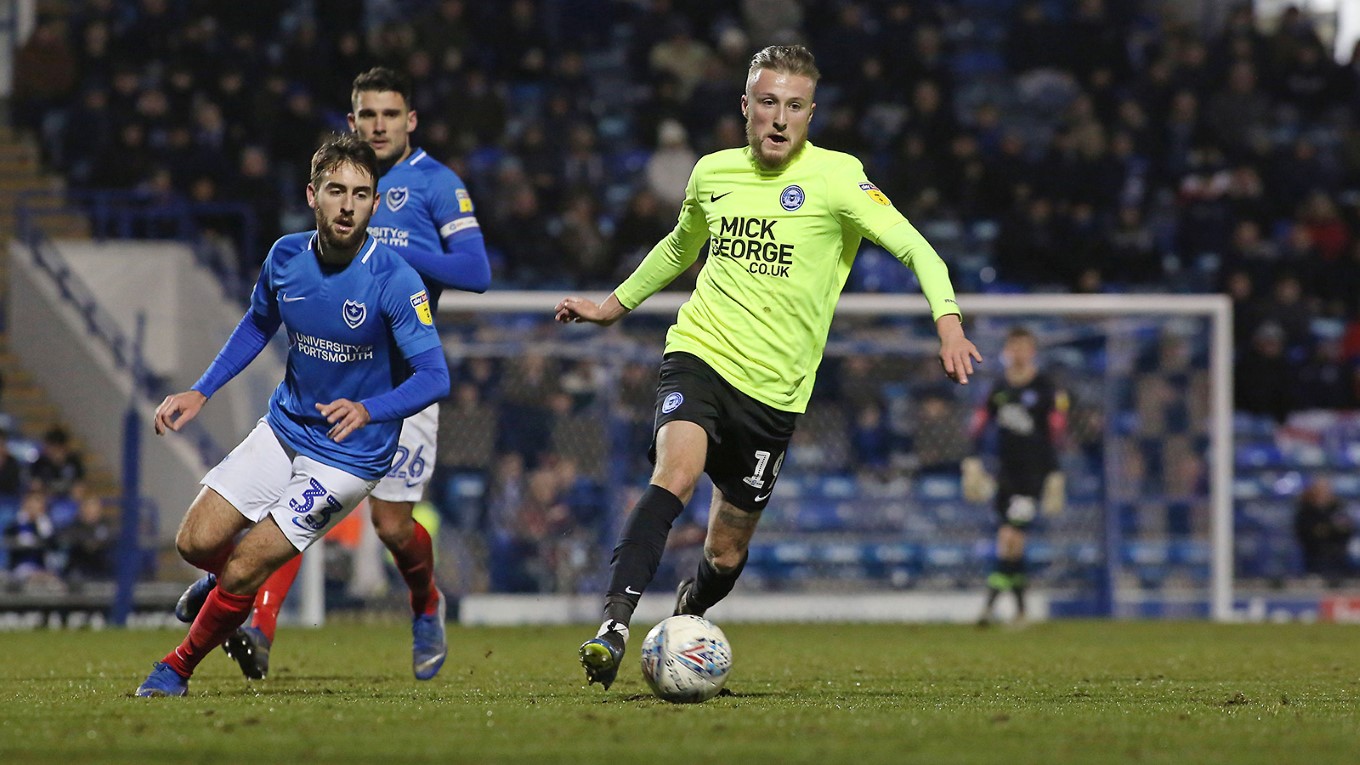 Match report for Portsmouth vs Peterborough United on 22 Jan 19

Portsmouth scored late on to secure a semi-final berth in the Checkatrade Trophy.

Peterborough United were probably the better side at Fratton Park but a goal inside the last 10 minutes from David Wheeler earned Portsmouth a semi-final berth in the Checkatrade Trophy following a hard fought quarter-final tie.

Pompey skipper Gareth Evans blasted a free-kick wide of the target from 25-yards after Posh were penalised for a foul following a slick move. Conor O’Malley was quick off his line to thwart David Wheeler on 21 minutes as he ghosted in behind the Posh back-line following an intelligent clip forward from Burgess.

Adam May floated a shot over the top from distance on 26 minutes after a poor pass from Ward was intercepted by Lowe. Joe Ward saw a fierce cross flapped at by MacGillivray on 35 minutes with Casey clearing as Lafferty waited to pounce on the rebound.

Tomlin then tested the keeper from distance as Posh pounced on a loose ball in midfield. Tomlin then produced a superb flick for the onrushing Cooper, but the former Crewe man took a heavy touch in the box and the keeper was able to pounce.

Wheeler fired over on the turn on 50 minutes after a quickly-taken free-kick by Evans. The home side made a double change on 57 minutes with Anton Walkes and Louis Dennis introduced. Toney dragged a shot wide on the hour mark after taking a long Conor O’Malley clearance well with his first touch.

Toney then curled over after linking well with Ward, the front man wasn’t too far with his effort but Cooper will probably feel he was better placed. Evans fired wide on 63 minutes but O’Malley pulled his hands away, he knew that was drifting well wide of the target.

Cooper flicked a Cooke cross over the bar as Posh introduced Siriki Dembele for Tomlin who got just under 70 minutes in the tank. Close was cautioned for a cynical foul on Cooke on 75 minutes, the first booking of the tie.

Cooper shanked a left-footed shot well wide of the target after a promising run by Dembele moments later. Somehow Posh didn’t score on 80 minutes, first Cooper’s shot was parried by the keeper who then denied Toney on the rebound. The ball fell to Naismith who saw his drive cleared off the line by Burgess before the same Posh player headed onto the crossbar.

Portsmouth opened the scoring on 85 minutes as a corner kick from the near side was met at the near post by WHEELER who managed to squeeze the ball into the back of the net via the underside of the crossbar.

Wheeler was denied in stoppage time by O’Malley as four minutes of injury time was indicated by the fourth official.