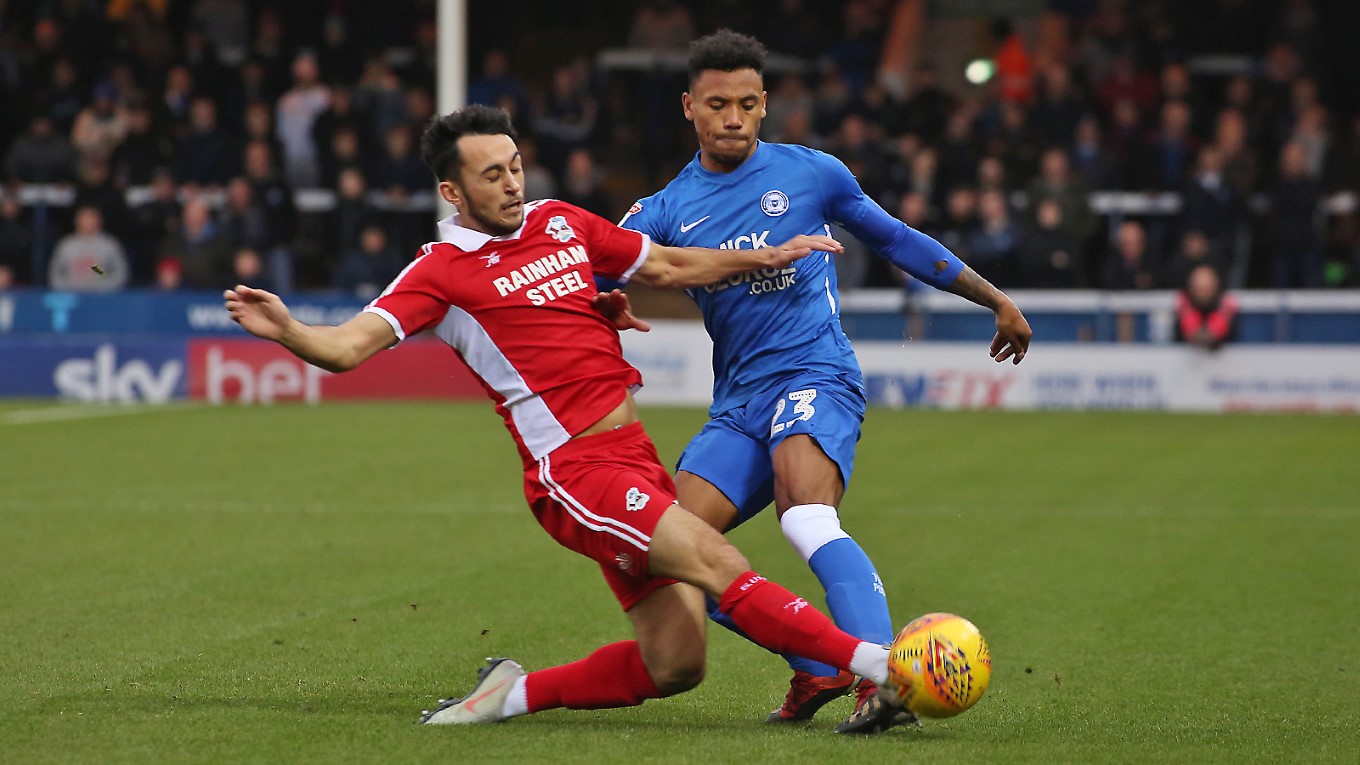 Posh slipped to a disappointing 2-0 defeat to Scunthorpe United at the ABAX Stadium.

Peterborough United slipped out of the top six in Sky Bet League One for the first time this season following a disappointing 2-0 home defeat at the hands of Scunthorpe United who clocked up their second successive victory with a fairly comfortable afternoon’s work.

George Thomas rattled the underside of the crossbar inside the opening three minutes at the ABAX Stadium with Posh hacking the ball to safety as Lee Novak looked to apply a finishing touch. Thomas then saw an effort cleared off the line by a retreating Ryan Tafazolli before the visitors did take the lead on five minutes as NOVAK finished coolly following an awful back pass from Joe Ward.

Jason Naismith fired a low cross-shot across the six-yard box on eight minutes after bursting into the box following a pass from Maddison. Rory McArdle stabbed a volley wide of the near post from an in-swinging corner kick on 12 minutes as the Iron continued to dominate.

Marcus Maddison saw a powerful effort from distance fly over the crossbar after Posh worked their way out of a tricky defensive position with a nice piece of football involving Reed, Denton and Naismith.

Ward wasted a good chance at the back post on the half hour mark after being picked out by Maddison, but leaning back he steered his left-foot shot over the crossbar. Novak was cautioned for a crunching tackle on Denton on 37 minutes.

Ward sent a shot from the edge of the box miles over the crossbar after Toney had done well to chase a lost cause into the corner. Maddison then picked out Toney with a teasing centre but the in-form front man guided his volley wide with his right-foot.

Thomas clipped the outside of the post with a deep free kick on 47 minutes after Bennett was penalised for a foul. Toney was then cautioned by referee Ollie Yates as frustrations continued to build.

The visitors doubled their lead on 56 minutes as a poor clearance by Reed was latched upon by NOVAK who side-footed low into the bottom corner. Posh made an immediate double change with Matt Godden and George Cooper replacing Ward and Reed.

Borthwick-Jackson was cautioned for a foul on 65 minutes. Substitute Cooper saw a floated effort go wide of the upright five minutes later as Posh pressed for a first goal to set up a tense finale. However, it didn’t come and Posh succumbed to a home loss to kick-off 2019.