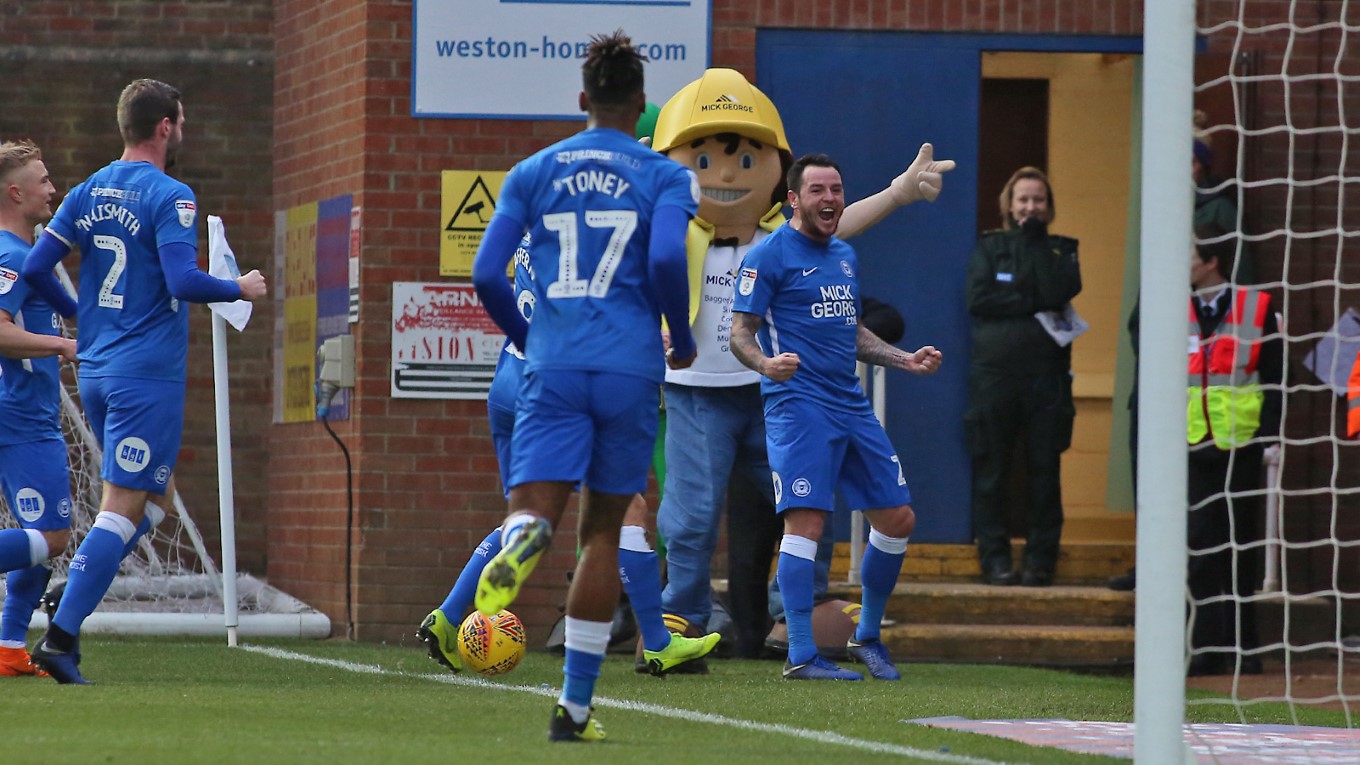 Match report for Peterborough United vs Rochdale on 12 Jan 19

Lee Tomlin opened his account for Posh as Steve Evan’s men recorded a 2-1 victory over Rochdale.

Lee Tomlin celebrated his 30th birthday in style with his goal on his second league debut for the football club and a despite a few nervy moments towards the end of the 90 minutes, Peterborough United deserved the three points following an entertaining, attacking display at the ABAX Stadium.

Kyle Dempsey saw an early effort cleared off the line as Posh made a bright start to the contest at the ABAX Stadium. Matty Done scrambled a left-footed effort wide of the far post on seven minutes after timing his run into the box to perfection.

Posh opened the scoring on 21 minutes and it was a deserved lead and perhaps no surprise on the scorer, Lee TOMLIN curling home with his right-foot to cap and impressive opening salvo from the on-loan Cardiff City man.

Lillis produced a stunning save to deny Dempsey as the on-loan midfielder let fly with his left-foot, moments after Tomlin’s shot was blocked after an intelligent cut back from Lafferty. Tafazolli squandered a great chance to double the lead on 34 minutes from an inch-perfect Maddison centre, the towering defender planting his header wide of the target.

Done was cautioned for a needless foul on Maddison in the centre circle on 37 minutes by referee Darren Drysdale. Rochdale made a double change at the interval with Calvin Andrew and Ethan Ebanks-Landell introduced from the bench in place of Delaney and Williams.

Dooley sent a powerful drive over the bar on 47 minutes as the visitors started the second half brightly. Toney scuffed a shot wide of the near post moments later after a good burst from midfield by Callum Cooke.

Camps volleyed wide from a throw-in at the other end after Cooke failed to go with his man following the ball into the area. Hamilton was then booked for a trip on Maddison. Tomlin then picked out Toney with a wonderful delivery into the box, but his header drifted inches past the post.

Maddison saw a wonderful run and effort crack against the base of the post on 58 minutes before Cooke saw a fine curling effort from 25-yards tipped around the post by Lillis. Posh made a change on 69 minutes with George Cooper replacing the goal-scorer and birthday boy Tomlin.

Toney was a whisker away from converting a clever Maddison cross before the winger chipped over from long-range after a strong run. Chapman produced a vital save to deny substitute Brad Inman on 78 minutes as the visitors came close to a leveller.

Chapman then produced two fine saves, one to push a Holden effort around the post and then to keep out a stunning volley from Camps. Posh doubled the lead on 83 minutes as substitute George COOPER finished off a swift counter-attack led by Maddison who timed his pass to perfection.

Rochdale pulled a goal back on 89 minutes and it was a stunning debut goal from on-loan Manchester United midfielder Ethan HAMILTON who saw his 30-yard drive fly into the corner.