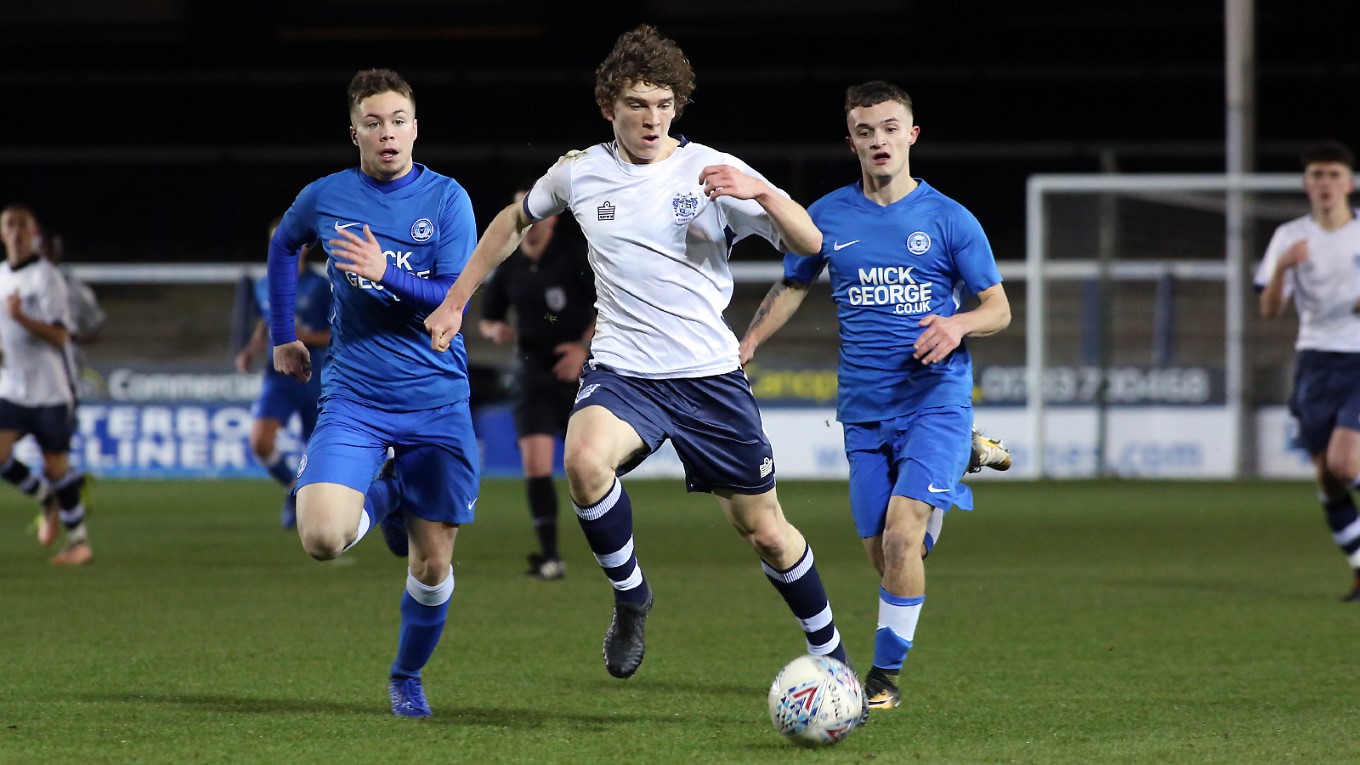 A goal in the first half condemned Peterborough United under 18s to a 1-0 defeat at the ABAX Stadium in the fourth round of the FA Youth Cup.

The Peterborough United under 18s bowed out of the FA Youth Cup at the fourth round stage after a goal in the first half from Bright Omoateng secured a narrow 1-0 victory for Bury at the ABAX Stadium in front of over 600 supporters braving the elements.

Posh made a bright start to this cup-tie, pinning their opponents back in the opening 10 minutes with wide players Brad Rolt and Harrison Burrows having a strong impact on proceedings but only half chances were created as Bury looked to settle.

Goalkeeper Will Blackmore was called upon to make a routine save on 14 minutes to deny Shakers skipper Joe Adams but the effort was straight at the shot-stopper. Shotton flashed a header across the six-yard box from a Shakers set-piece before fellow defender Allardyce headed over from another corner kick.

The deadlock was broken on 27 minutes and it was a mistake from Fosu who allowed a rather routine pass to go under his boot allowing striker Bright AMOATENG to gallop clear and slot the ball past the advancing Blackmore.

Burrows saw a left-footed effort gathered comfortably by Edwards-Williams on 32 minutes after a good switch of play from Gurney. Posh made a change at the break with Ricky Jade-Jones replacing Harry Brookes. Barker was cautioned for persistent fouling by referee Mr O’Donnell on 50 minutes.

Blackmore produced a fine stop with his legs to keep out Adams before jumping up to keep out a rasping drive from Skinner as Bury threatened a second. Skinner had another go on the hour mark but this time his effort found the side-netting. Edwards-Williams was booked for time wasting on 77 minutes.

Jack Gurney was shown a straight red card for a tackle on Adams who, after rolling around for 10 second suddenly sprinted away from the area. Posh appealed in vain for a penalty moments later as Shackleton appeared to be bundled to the ground but Mr O’Donnell waved away the protests.

Clarke saw a looping header caught by a back tracking keeper as the tie moved into four minutes of added time.