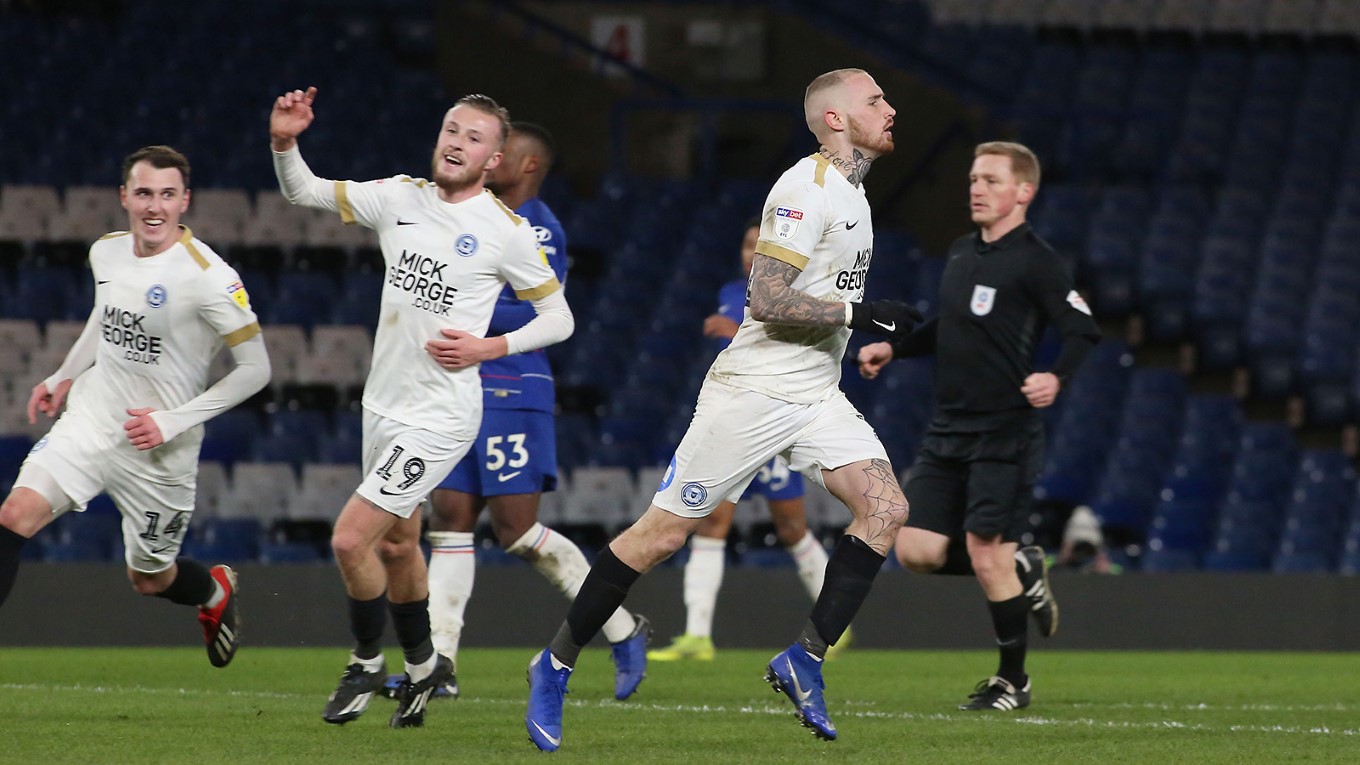 Peterborough United eased into the quarter-finals of the Checkatrade Trophy with a comfortable 3-1 victory against Chelsea under 21s at Stamford Bridge with three goals in ten minutes in the second period sealing the excellent away win.

Siriki Dembele, Ivan Toney and Marcus Maddison were on target for Steve Evans’ men with Lee Tomlin getting 45 minutes in the tank following his move from Cardiff City earlier this week.

Marcus Maddison sent an effort from 25-yards over the crossbar after linking well with Lee Tomlin on eight minutes. Ryan Tafazolli planted a header from a driven Louis Reed corner kick wide of the target moments later.

Billy Gilmour fired over from long range for the hosts on the quarter hour mark after a neat passage of play by the youngsters. Tomlin curled a free-kick into the wall on 22 minutes after he himself had been felled by Colley.

Tomlin fired over from the edge of the box on 25 minutes after linking well again with Maddison in the central part of the pitch. Dembele showed some good touches to create another half chance for Tomlin from distance, but his rasping drive cleared the crossbar.

Posh made a change at the break with George Cooper replacing Tomlin who will benefit from 45 minutes in the tank. Cooper squandered a fine chance to level after good wing play from Ward on 48 minutes, but the midfielder fired wide with his right-foot from a good position.

Maddison curled wide with his left-foot on 56 minutes after a raking pass from Reed as Posh pushed for a leveller. Dembele was denied a certain equaliser by a fine defensive header from Colley with Naismith volleying the resulting corner kick over the bar.

It was 3-1 a few minutes later, as Cooke fed MADDISON in the left hand channel and he cut inside on to his left-foot and bent a superb effort into the corner. Reed was cautioned moments later for a foul in the centre circle.