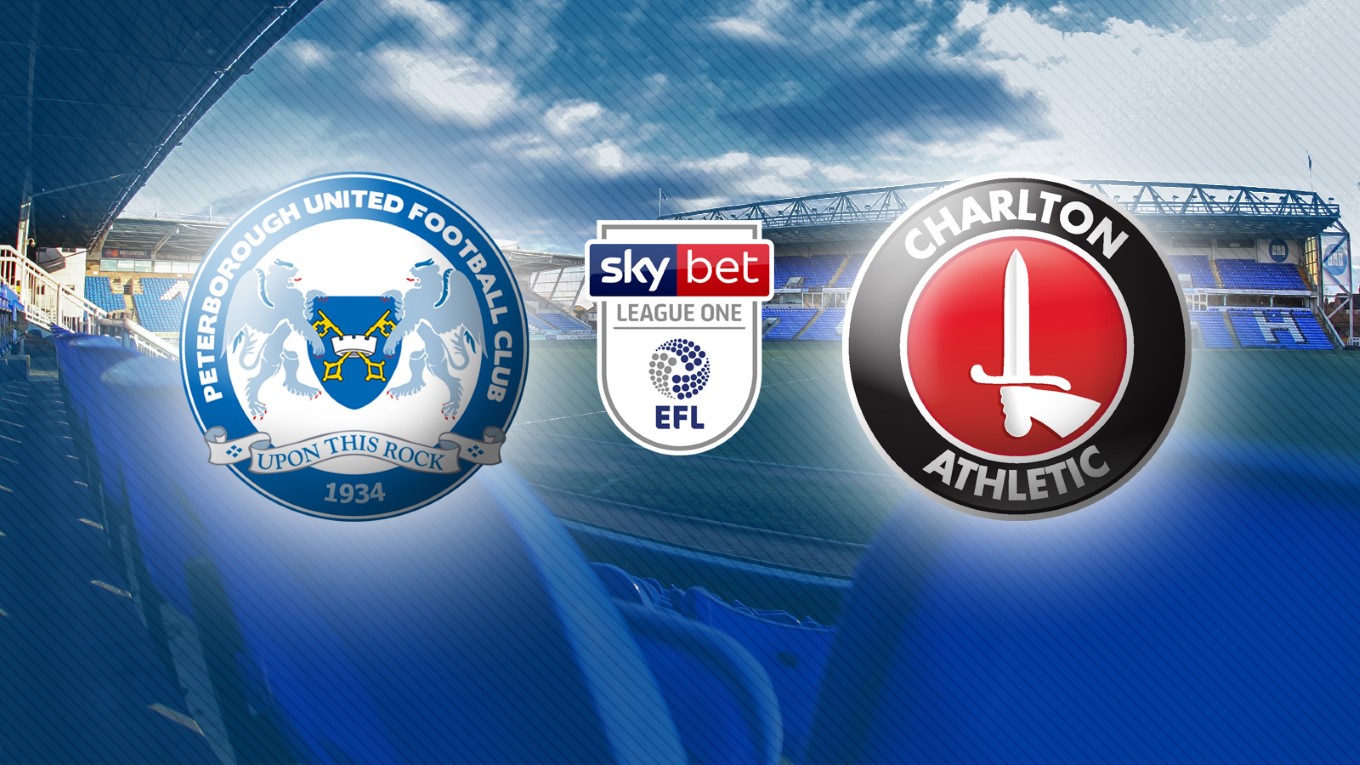 Peterborough United will be looking to make it back to back Sky Bet League One victories at the ABAX Stadium on Saturday afternoon as Steve Evans’ men look to build on the 2-1 victory against Rochdale a fortnight ago against Charlton Athletic (3pm).

The Addicks, like Posh, are in the top six of the table and will be backed by over 2,600 supporters at the ABAX Stadium. It is set to be a cracking atmosphere with home sales encouraging in all areas of the stadium.

Posh are without the services of central defender Ryan Tafazolli due to suspension after the appeal against his dismissal at Kenilworth Road last weekend was rejected by the Football Association. Ben White and Kyle Dempsey are both available after missing the Checkatrade Trophy defeat to Portsmouth as they were cup-tied.

Louis Reed, who was suspended for that tie at Fratton Park, is also available but Joe Ward is struggling with a muscular injury. Matt Godden has recovered from an ankle injury that has been troubling him in recent weeks.

Charlton are without the services of front man Lyle Taylor who is serving a suspension after receiving a red card in the 1-0 victory over Accrington Stanley. The club appealed, but like Tafazolli, that appeal was rejected by the FA. Former Posh striker Nicky Ajose left Charlton this week to join Mansfield Town in a loan deal.

“Charlton have good players but so do we. We are focussing on how we can impact on the game. I am sure it will be a great atmosphere with a sizeable away support and I know the Posh fans will come out in big numbers too. We have 18 games remaining, this is the time to starting putting a run together,” Steve Evans said.

Tickets are available now at www.theposhtickets.com, via the Ticketmaster hotline 0844 847 1934 (calls cost 7ppm plus your network access fee) and in person at the ABAX Stadium Box Office.

At half-time, Jordan Gill, who is an unbeaten pro boxer from Chatteris and has recently won the Commonwealth Featherweight title, will be introduced to the crowd. Jordan is headlining a night of boxing at the Peterborough Arena on Saturday 2nd March and it’s going to be live on Sky Sports! Please give him a warm welcome!