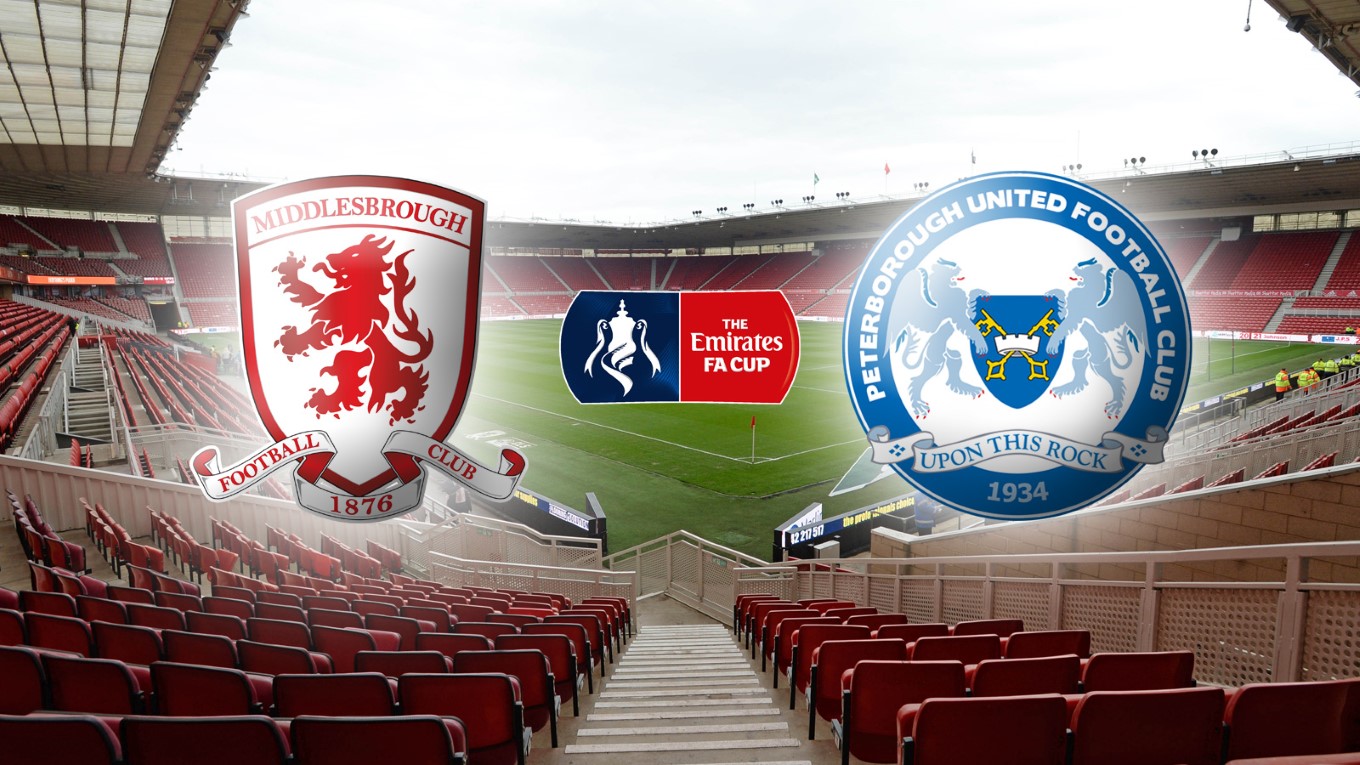 Match preview for Middlesbrough vs Peterborough United on 05 Jan 19

Both sides are expected to make changes to their line-up for Saturday’s Emirates FA Cup third round tie.

Peterborough United make the journey to the Riverside Stadium to face Sky Bet Championship side Middlesbrough in the third round of the Emirates FA Cup on Saturday afternoon (3pm) with over 1,000 supporters set to travel in support of Steve Evans’ men.

It will the first time the two clubs have met since April 2013 when the two sides played out a goal-less draw at the Riverside. The teams have met twice in the FA Cup with one draw and one Middlesbrough victory on the record.

New signings Daniel Lafferty and Ben White go straight into the squad after signing on loan deals from Sheffield United and Brighton and Hove Albion respectively. Ryan Tafazolli should be fit after coming off against Scunthorpe United with a dead leg. Sebastien Bassong (calf) is still on the side-lines.

Tony Pulis faces a pile-up of defensive injury problems ahead of this weekend's FA Cup tie against Peterborough - with three key players ruled out. Daniel Ayala, Ryan Shotton and Aden Flint are all unavailable for the visit of League One Posh, with Pulis revealing Flint's hamstring problems is a "major concern for us".

The manager says the towering former Bristol City centre-half is facing a "few weeks" on the sidelines. Daniel Ayala will also miss out after picking up a knock in the New Year's Day draw at Derby, while Shotton is still struggling with the knee injury sustained at Reading.

Further forward, Pulis has confirmed that new signing Rajiv van La Parra will start the game but won't last the full 90 minutes due to a lack of match fitness. Pulis also revealed that Nathan Wood and Dimi Konstantopoulos will feature against Steve Evans's side.

“The Riverside Stadium is a wonderful place to play your football and the players are looking forward to the challenge. I am sure Tony will change his starting line-up around but whatever team they select will be full of quality. We have two players in the building in the last 24 hours and they will go straight into the squad. We want to progress in this competition but it is an opportunity to change a few things,” Evans said.

"It will be a tough game for us because of the situation at the back. It will be a very open game, it will have to be. We've picked up injuries. The one really disappointing one is Flinty, he looks like he'll be out for a few weeks. Ayala's also picked up a knock. You add that to Ryan Shotton and Sam Stubbs, that's a bit of a worry defensively. We're a little bit concerned at the moment with the way one or two of them are,” Tony Pulis said.

Tickets are on sale at www.theposhtickets.com, via the Ticketmaster hotline 0844 847 1934 (calls cost 7ppm plus your network access fee) and in person at the ABAX Stadium Box Office. Tickets will be on sale until 4pm on Friday. The game is not all-ticket. Fans can pay cash on the turnstiles at the Riverside Stadium.

The match referee is James Linnington.

Posh will be in all blue for the cup-tie.