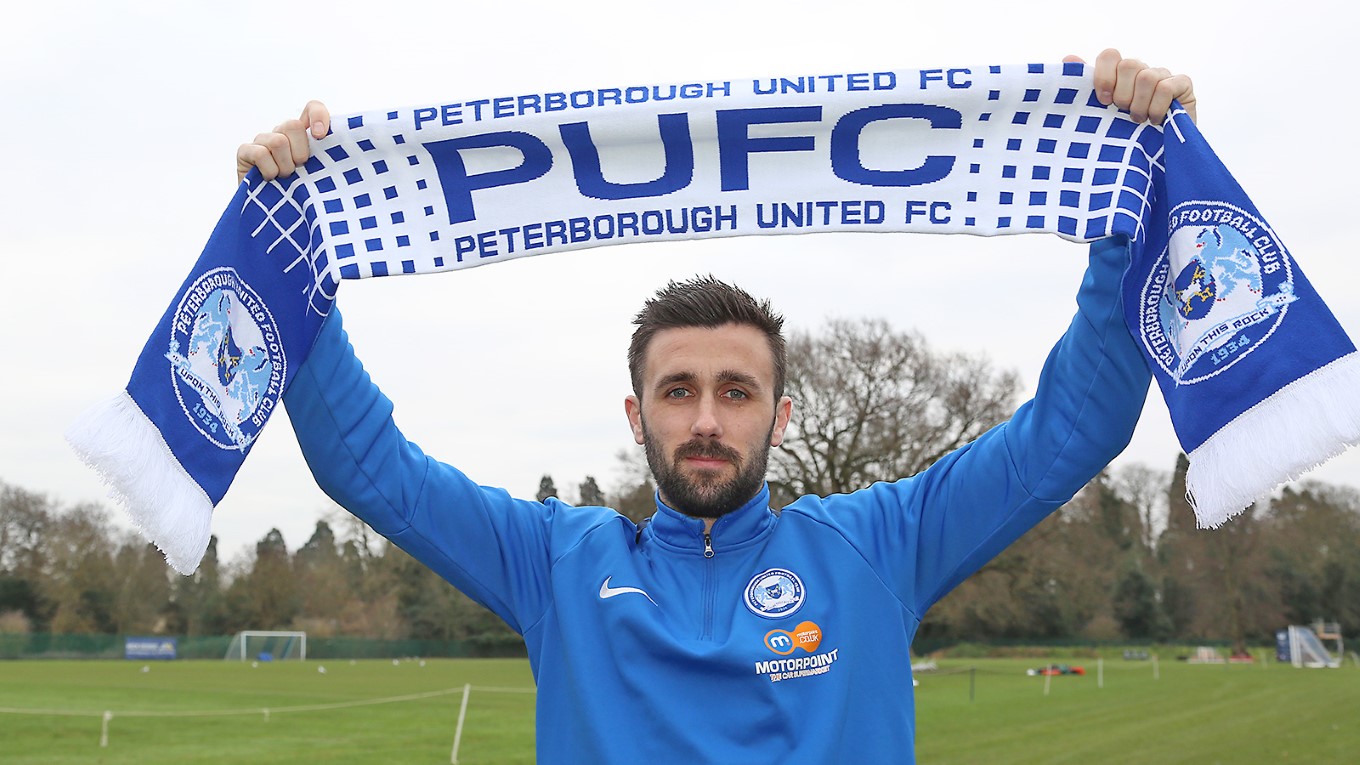 Posh secure signing of 29-year-old left back from Sheffield United in loan deal.

Peterborough United have strengthened their squad with the arrival of left-back Daniel Lafferty from Sky Bet Championship high fliers Sheffield United on-loan until the end of the campaign.

The 29-year-old completed the formalities at the Mick George Training Academy on Thursday morning and will go straight into the squad for Saturday’s Emirates FA Cup third round tie at Middlesbrough.

Boss Steve Evans has managed Lafferty before during a successful loan spell at Rotherham United and is looking forward to working with the Northern Irishman again. “It will be good to work with Danny again. He had an excellent loan spell for me at Rotherham when he joined us from Burnley. I can still vividly remember that Sean Dyche had an injury at left-back and recalled Danny and he went straight into their side and did well.

“He has had a magnificent spell at Sheffield United but because of the form of Enda Stevens he is down the pecking order and knowing the boy as I do, he wants to play football. We got permission to speak to him and he was really keen to come and be part of it. We are looking forward to working with him again.

“We have a mini-list of players that we have identified and asked Barry to go and do some work on. Sheffield United and Chris Wilder have been great to deal with and we thank them for their support on this deal. We tried to unsuccessfully sign him in the summer. I respected his right to fight for a place at Sheffield United but I have been tracking it since and I am delighted to get it done,” Evans told theposh.com.

Lafferty started his career at Celtic before moving south of the border to Burnley in 2012 where he made 45 appearances for the Clarets. He has featured once for the Blades this season, coming on as a second half substitute in an emphatic 4-1 victory over Aston Villa.

Lafferty is able to feature in the Checkatrade Trophy third round tie against Chelsea under 21s at Stamford Bridge on Wednesday evening.