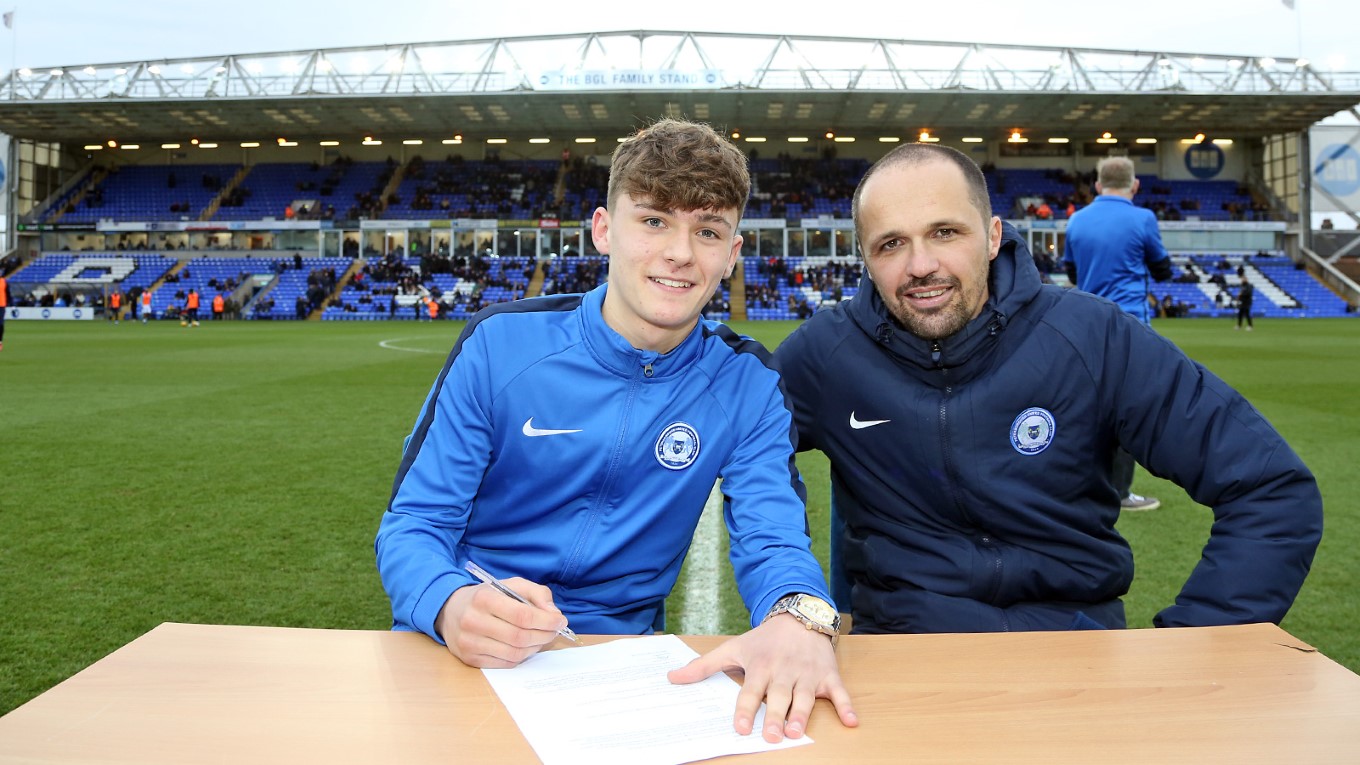 The football club are pleased to announce that Harrison Burrows has penned a professional deal.

Peterborough United are delighted to confirm that youngster Harrison Burrows has signed his first professional contract with the football club with the left-sided player penning his deal at the ABAX Stadium on Saturday ahead of the 2-1 victory over Rochdale.

Burrows was joined by under 18s manager Matthew Etherington for the official signing just ahead of kick-off. The youngster was also joined by his family and other members of the Academy coaching staff.

Academy manager Nick Sheppard said: “I am absolutely delighted for Harrison.  “He has been with us since the age of 6 when he came into a development centre so it’s been a long journey for Harrison and it has been great to see the progress he has made year on year.

“Not only is Harrison an excellent technical footballer but he also works incredibly hard, on and off the pitch.  He has a tremendous desire to improve which will certainly stand him in good stead moving forwards.”

Manager Steve Evans, writing in Saturday's programme, said: "Here is a young man, in my first few weeks at Posh I quickly identified as having a great chance to progress in football. It simply is only the start of his journey, but he has all the tools needed at this stage."

Burrows is expected to be in the Posh under 18 squad for Thursday night’s FA Youth Cup fourth round tie with Bury at the ABAX Stadium (7pm). Admission prices for the fixture are just £3 for adults and £1 for seniors over 60 and under 18s. Tickets can be purchased now at www.theposhtickets.com.

There will be interviews with Burrows and Etherington in the next 24 hours.