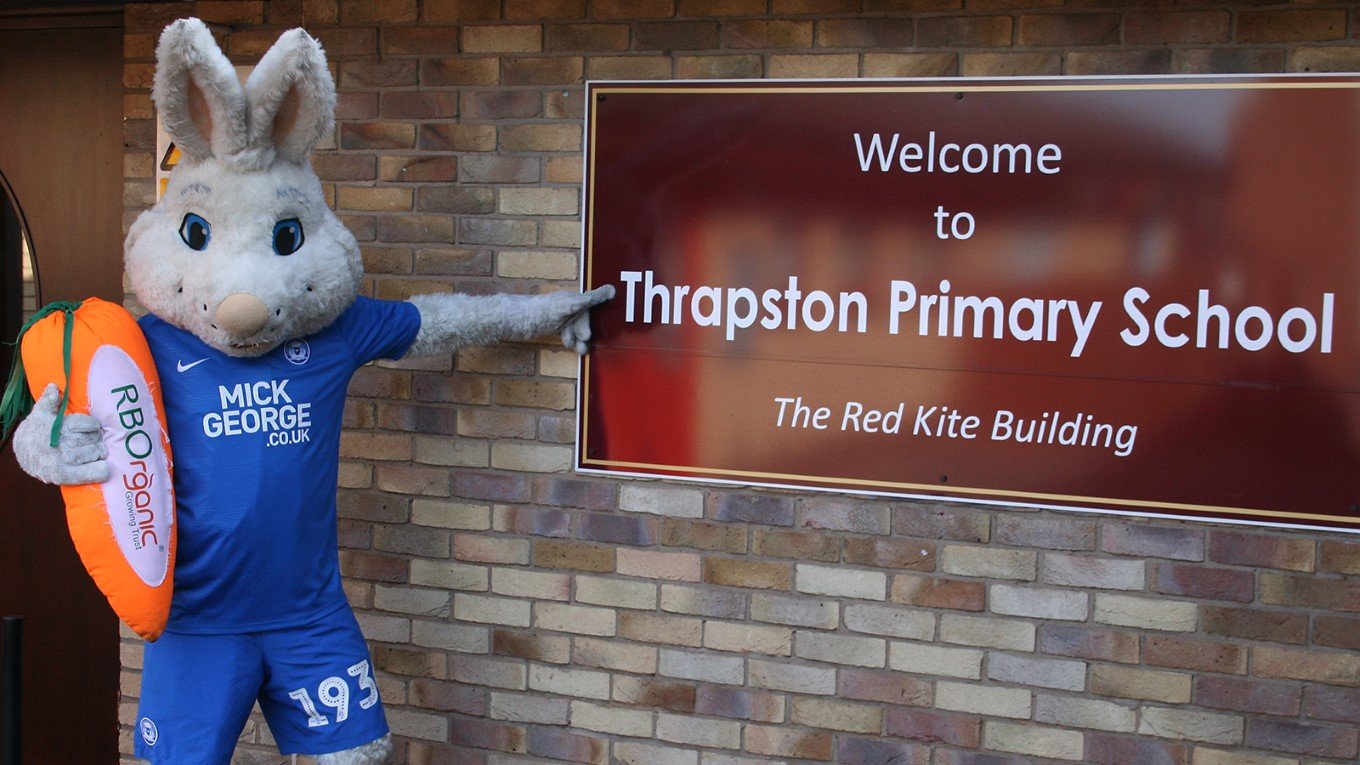 The Schools Initiative continued this week with a visit to Thrapston Primary School.

The Peterborough United Schools Initiative visited Thrapston Primary School on Wednesday this week as the football club crossed the border into Northamptonshire to promote forthcoming fixtures at the ABAX Stadium.

Mascot Peter Burrow was a hugely popular figure in the assembly which contained just under 600 pupils. Every pupil in the school received a FREE ticket for an upcoming game with an adult also admitted free of charge.

Press Officer Phil Adlam said: “Sometimes when you travel a little bit further away from the city centre of Peterborough you can encounter a few Northampton Town or Cambridge United supporters at the schools you visit but we have found that there are little pockets of Posh fans everywhere and it is down to us to make that pocket that little bit bigger.

“We hope that everyone at the school enjoyed our visit and look forward to welcoming pupils from the school in the next few weeks.”