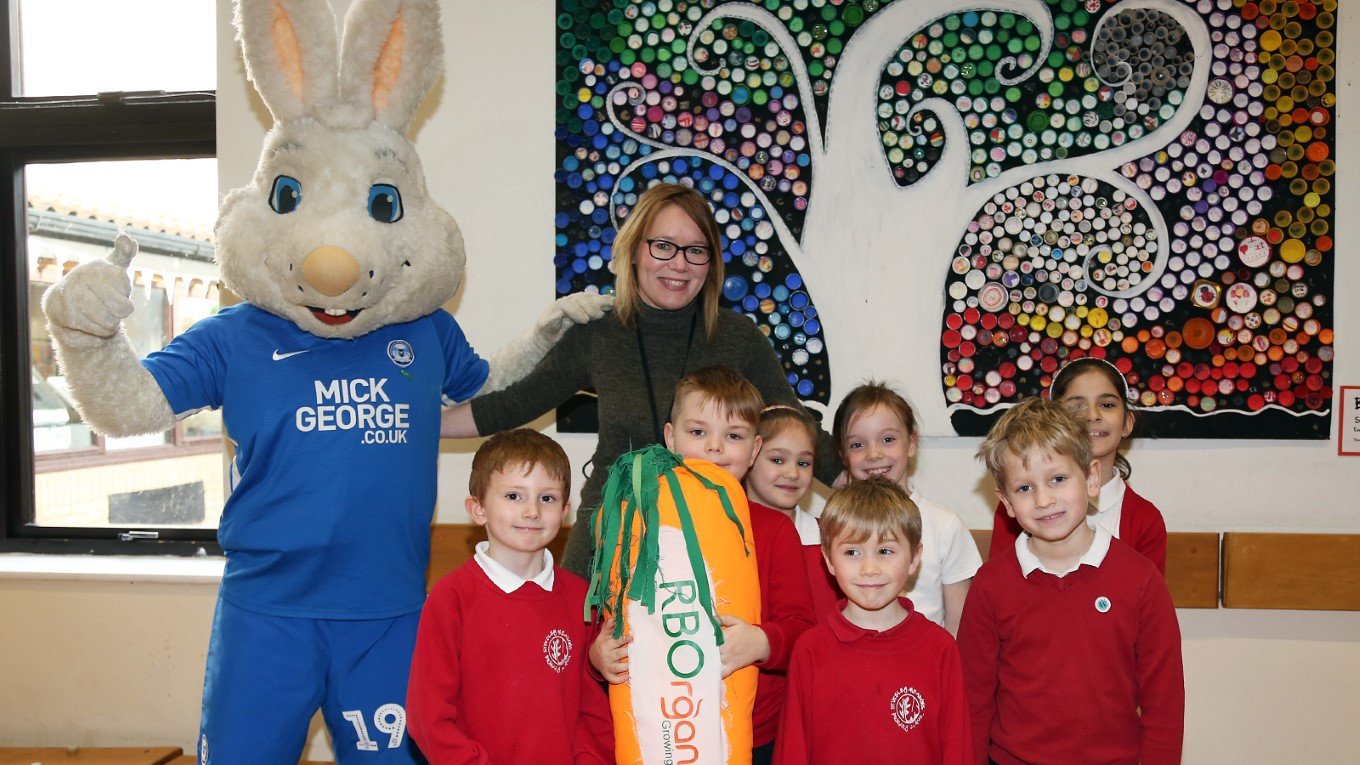 The Peterborough United Schools Initiative continued last week with a visit to Stukeley Meadows Primary School as mascot Peter Burrow helped promote forthcoming Sky Bet League One fixtures at the ABAX Stadium.
Every pupil received a FREE ticket to an upcoming game at the ABAX Stadium with an adult also admitted free of charge. Press Officer Phil Adlam said: “It was the first time the football club had visited the school and we received a warm welcome. This particular area of Cambridgeshire is pretty much half way between Peterborough and Cambridge so hopefully we can secure fans of the future who are maybe split between two clubs because of locality.
“I am sure Peter helped to persuade quite a few to come along to the ABAX Stadium and we look forward to welcoming them soon.”